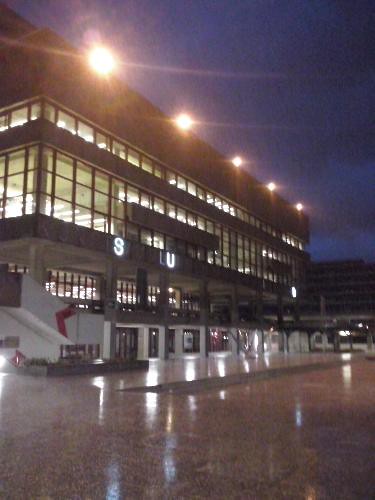 The following entry addresses a subject which many would try their best to avoid at all costs as to prevent criticism or controversy, but one which I will willingly discuss openly and honestly: stereotypes.
In the United States, we are inundated with diversity, and, therefore, strive to neutralize any distinguishing features of a foreign ethnicity or culture for the sake of a peaceful coexistence. Perhaps this is necessary in such circumstances. However, after traveling the world and crossing political and ecological borders, it is evident that these cultural differences are, in fact, undeniable. As such, I have realized that stereotypes are not something to dismiss as prejudice or ignorance, because they can usually glean some truth into how incredibly diverse and wonderful the world actually is.
Many United Statesians come from European descent, and a large portion of them Germany (as this is a blog entry and not research paper, I beg you to forgive me for being so qualitative). Therefore, Germany is not such an exotic place for me or anyone from the US. However, there are marked differences in the general behavior of people. For the sake of comparison, I have been told by many Germans and other Europeans that most US people are friendly (albeit one’s attitude may change depending on the demographic he or she is interacting with, potentially skewing the results of a sociological study on the subject). It is said we will gladly help out and talk to strangers; to put it simply we have a reputation of being welcoming. In Germany, the stereotype (and my personal experiences) are a bit different. Germans have a reputation of being stern, disciplined, and proper. These characteristics do not quite indicate friendliness, as I’m sure you’ll agree. While OF COURSE there are exceptions in every population, I have felt these traits materialize into a general “coldness” in Germany. This coldness, I believe, is not the opposite of friendliness, but rather an independent trait that depends on a person’s willingness to become socially familiar with another person. In my experiences, everyone has gladly helped me when I have asked for directions or simple assistance, but they have always done it in a very efficient, no nonsense way. Additionally, a German person will usually have no problem telling you you are doing something wrong.
The attitude described above is corroborated in several other aspects of German society: architecture (to a metaphorical extent, at least, as shown the photo above of the university library), government (bureaucracy and organization), and even language (rigid sentence structures, etc.).
A stereotype is not something to be shirked, but rather something to learn from. I believe there is a quote that states (or maybe I made it up): If it exists, it will be perverted. Yes, people will make jokes and take things too far, but this should not prevent us from the true value in such things, because after all, it is the differences among people that make life interesting, don’t you think?