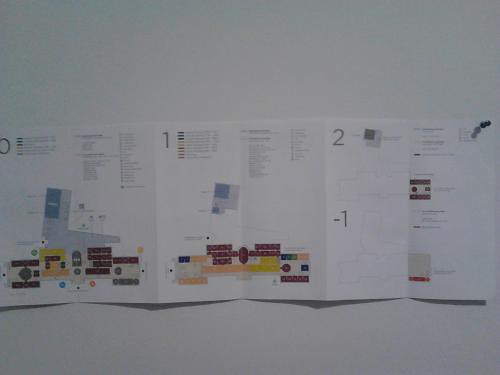 The picture for this blog post is the floor map of the Prado National Museum, located in Madrid. The study group that plans trips for international students at the university organized the trip to the museum, making it free. A friend urged me to go and I was glad I decided to join. Apparently, the Prado Museum is the main art museum of Spain. While on the tour, I found out that the central purpose of having the museum had an international focus. It was a part of Spain’s plan to promote and improve its national image to the rest of the world, and in particular to the rest of Europe, after the Franco regime.

After the Franco regime, it was essential for Spain to start to invest in national branding in order to receive recognition and gain integration in Europe and eventually, the rest of the world. The museum features the most appreciated, well-known, and finest European art collections, which date from the 12th century to the early 19th century. The original intent was to showcase Spanish artists in order to prove that Spaniards also had something to offer, their artistic skills that represented their great creativity and wide range of talents. In the museum’s early stages in 1819, it only hosted paintings and sculptures. From 1819 onward, the museum started to also contain other types of works.

I took a picture of the floor plan to emphasis how big the museum is. The circled part of the map is the section I toured, the Francisco de Goya exhibit. It is said that this exhibit is the most extensive. I was in the Prado museum for two hours yet that was not enough time to finish the Goya exhibit. Goya was responsible for portraying the royal family. The first section of the exhibit represents the paintings to represent that. The latter sections of the exhibit are paintings that Goya did in his final years, which represents and reflects his life. It is said that Goya suffered from mental illness. Thus, the paintings appear very dark considering that only dark colors are used.

I was specifically excited to have a tour of the Goya exhibit because I live near the Goya metro station. The metro station was named after him. Now, I finally understand the meaning behind the metro station and my neighborhood, which adds meaning to my experience here.