I’m becoming very interested in the political and social issues that Australia is currently facing. I love living in the city with such a vibrant campus because the students here really take on and tackle a lot of the things they have issues with. For example, yesterday on Eastern Ave., a marched was formed to protest the cutting of educational funds that would affect their future studies here at the university. Everyday there are students handing out flyers speaking out against Tony Abbott’s refusal to allow refugees traveling by boat to enter Australia, or to protest the tax on feminine hygiene products.
There are also a lot of talks on campus about Aboriginal Rights and racism here in AU. Through my history class and extra research, I’ve learned that a lot of Australian, including politicians believe that the British coming to settle Australia in the 1780’s was a peaceful time and that all the accounts of British settlers massacring and taking Aboriginal children from their homes is all over exaggerated(!!!!). There was only a formal apology in 1999 and since then very little has been down to right the wrongs of the past. Tony Abbott, (who I am becoming less fond of everyday) just made an insensitive comment about Aboriginals lifestyle a couple months ago. I thought Australia was fairly progressive on these issues when I first arrived, but I guess that’s how most cities are, but as soon as you leave the urban areas, it unfortunately is a very different story. The history itself is very similar to what happen to the Native Americans when the settlers wanted the land. Natives were moved, killed and the children were taken to try to “assimilate” and “civilize” them. Here in Australia, children were being taking from their families into the 1960’s to be put into institutions, foster care or work. This is classified as cultural genocide by the United Nations and they said Australia had to make a formal apology and provide financial compensation and counseling. They only apologized in 2008.
I haven’t met anyone yet who isn’t just as outraged as I am about this issue, many Australian are the ones who got me interested and learning about this issue. I support equality and fair treatment for all people, no matter who you are, what you look like, your race, ethnicity, religious beliefs or who you love and I can hope that I pass on this message to the people are around me. While many organizations help people in need and some politicians do care about the Aboriginals rights and heritage, I certainly hope that the future will bring about more political and social change to more of the people of Australia to truly appreciate and respect the First Australians. 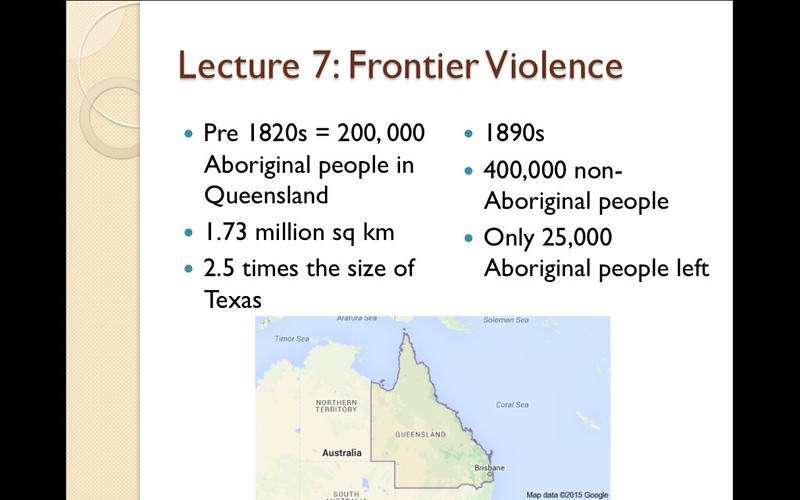