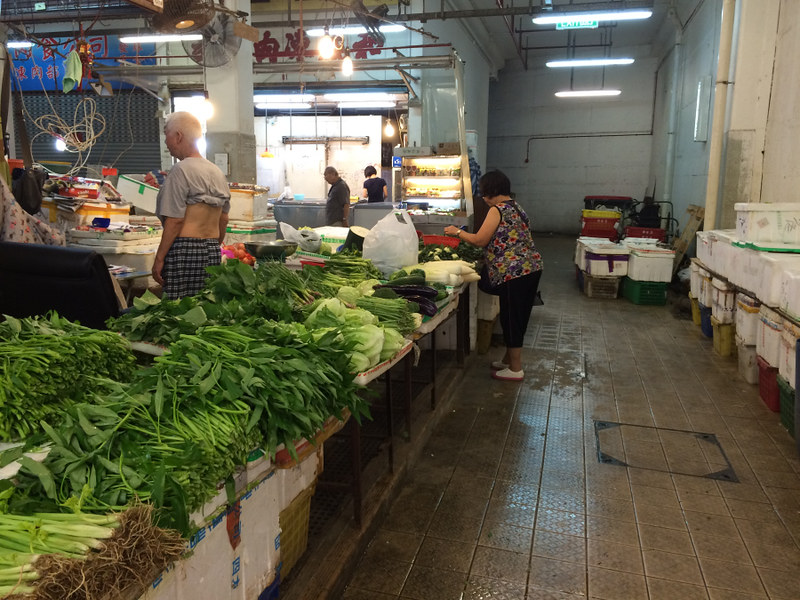 One of the greatest challenges I’ve faced since coming here is the language barrier. The CIA World Factbook states that Hong Kong’s official languages are Cantonese, Mandarin Chinese, and English, so I assumed that everyone would be fluent in all 3, but I was wrong. Way wrong.

Everyone is fluent in Cantonese. Most of the people that I’ve met (college-age students) are proficient in English. Fewer people speak Mandarin Chinese. I don’t know Cantonese (except for two words: har gow [shrimp dumpling] and siu mai [pork dumpling]).

That isn’t a problem for me, though. I can still kind of get around — there is English on everything, and I can still read some Chinese.

The problem is that I look like a native Hong Kong person, which can be really annoying.

When people start talking to me in Cantonese, I always have to tell them “I don’t know Cantonese” in either Mandarin Chinese or English… It depends what mood I’m in. Their faces usually turn from neutral to disapproving/annoyance/”oh okay” when I reply. I feel really stupid, to be honest, and it’s been getting me down.
I went to the farmer’s market really close to our school. People sell the crops that they grow themselves. The fruits and vegetables seem more fresh and are prettier than the ones in the supermarket, but you have to learn how to haggle in Cantonese. I got really nice fruits and vegetables there, but I was set back more than expected because I didn’t have the confidence to haggle, which sucked. In Shanghai, everyone could speak Mandarin Chinese, so I haggled like a pro. The thing is, in my past experience, where you are from helps first determine the starting price for something you want to buy.

It’s actually about appearance. I used to go to this market in Shanghai that sold a lot of touristy goods like scarves, necklaces, Chinese-y souvenirs. Let’s say, for example, I wanted to buy a scarf. I look Chinese, so if I would go up to the shopkeeper and ask how much a scarf is (in authentic-sounding Mandarin Chinese), they would probably tell me 150 RMB. If I was of European descent, and I asked in English, the shopkeeper would probably tell me the scarf is 400 RMB or something outrageous. Because I have witnessed people getting ripped off because they couldn’t haggle, I am hesitant to go back to the farmer’s market because I am at an extreme disadvantage; I can’t speak the language, so I don’t seem like a local, so I may be ripped off. Another thing that makes me not want to go back is that I haven’t been in Hong Kong for very long so I do not know the worth, or local price, of the foods.

There was another situation that happened when I visited the psychology labs near the school; we were required to take a tour of the labs for our biological psychology class. The guide came out to the lobby, where some of us were waiting, and said something in Cantonese that I assumed was along the lines of “is it okay if I use Cantonese on the tour?” I was like, “What?” and after that, he started speaking in English. I mean, if you’re asking people if Cantonese is okay with them, and they don’t know Cantonese, then they can’t really answer that if the question is asked in Cantonese…

I’m trying to be patient — I mean, I look like a native Hong Konger, and normally, people who look Chinese here probably DO know Cantonese, but I can’t help but feel frustrated. It used to bother me a lot at the beginning when I couldn’t understand people, but I’m getting more used to it now. I hope that I can learn a bit more Cantonese before I leave.