Once I heard my SNU Buddy Group was going to take us to Noryangjin Fish Market, I had mixed feelings. On one hand, I was super excited to visit the market since it’s another place in Seoul I’ve always heard about! Supposedly it’s the biggest seafood/fish market in the Seoul area. But on the other hand… I felt nervous. Why? Because most of those who visit Noryangjin for the first also have only one goal in mind: Sannakji. What? Eating live octopus. Seriously? Yeah I know right…

I’m sure most of you have seen weird Youtube videos of the live octopus squirming in action, waiting to be put in your mouth and squirm its way down your throat. Some people eat it whole, but most people prefer it cut into small pieces. And it still squirms after it’s cut. Ew right?

Everyone in the group talked about eating live octopus once we visit Noryangjin, but my mind was already set on NOT trying it. I’ve been trying a lot of new things and have conquered many firsts in Korea so far, for example bungee jumping and hiking… (to be featured in future episodes!) but live octopus was not something I thought I’d be able to do. But here’s the thing in Korea — even though your mind is set on NOT doing something, you end up doing it anyway. Thanks to the (good) peer pressure from your fellow exchange friends that persuades you. So I was nervous my mind would change when I got there, and that I would have a live octopus squirming down my throat and possibly continue to squirm… in my stomach?! But here’s a disappointing spoiler: We ended up not eating it! Only because we arrived quite late in the day and they were all dead by then. So no live octopus for me!

A lot of people in my group ended up canceling last minute, so it was only me, Simon and Nacho who went to Noryangjin. The ahjummas and ahjussis (older aunties and uncles) who sell their seafood in hundreds of different stalls were loud and filled with energy. Definitely a fish market characteristic! The seafood that is sold all day are caught fresh and early in the morning. The floors are wet and filled with water… so it was a good thing that I ended up wearing boots that day. We bought fresh sashimi at the underground market level, where only seafood stalls exist. We had to take the sashimi and go upstairs to pay for our seats ($5 a person) and sit down to eat the sashimi itself. This was quite an interesting concept to me! It was also my first time dining true Korean-style, taking off my shoes and sitting on a cushion on the floor at a low table.

Noryangjin is quite a magical place. It’s interesting how a fish market can make you feel so mystical. Because of the hustle and bustle of the market, combined with the glow from the numerous lights and colorful shop signs and the overall unique nature of the market itself, I felt like I was in a place somewhere far away from reality. It reminded me of the Ghibli Studio movie “Spirited Away.” In that moment, although it reeked of fish and the sea… I enjoyed being in that scene. It was quite an escape from the everyday environment. 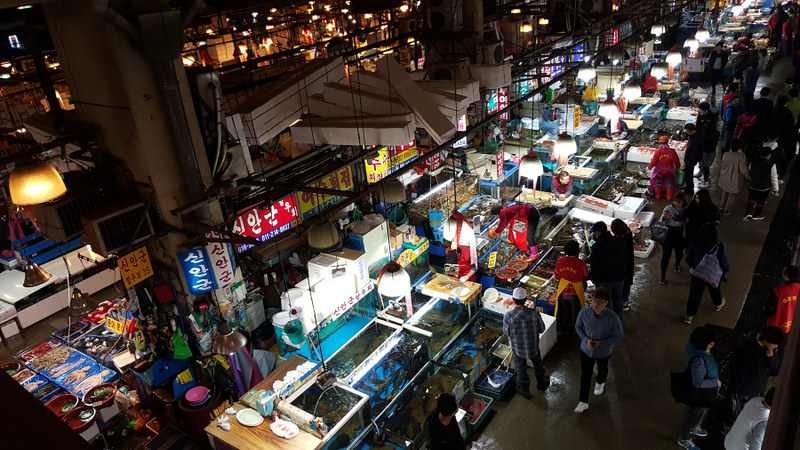 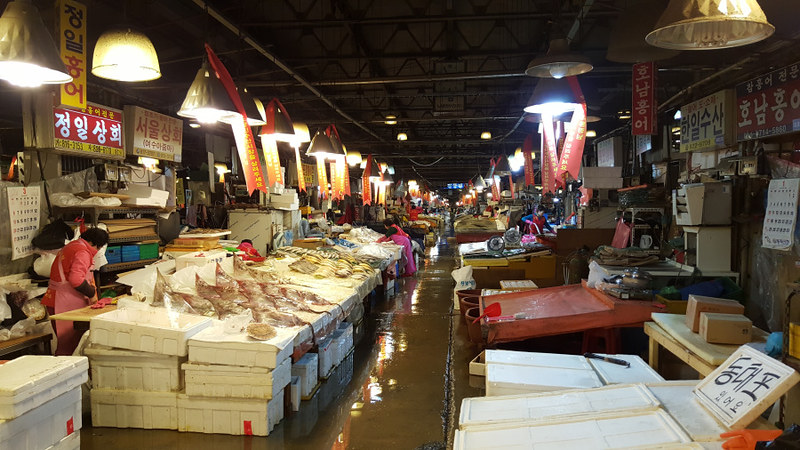 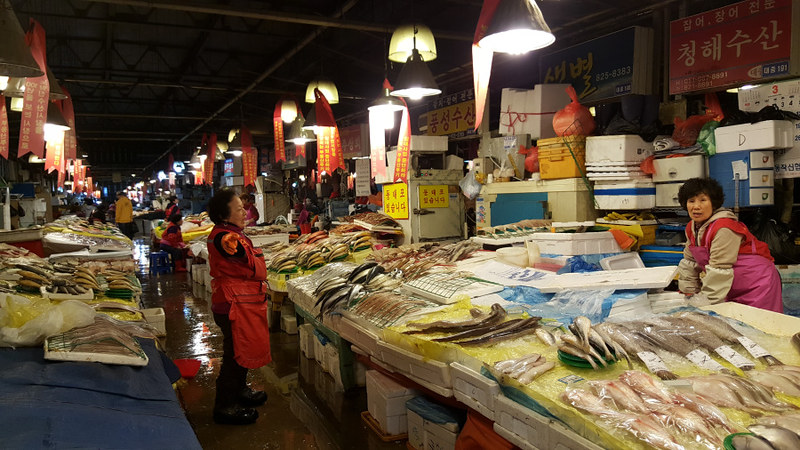 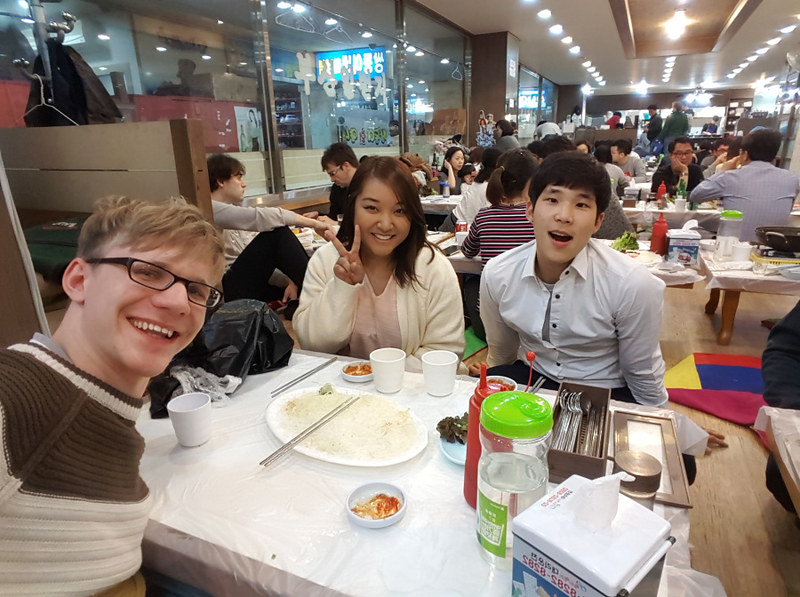 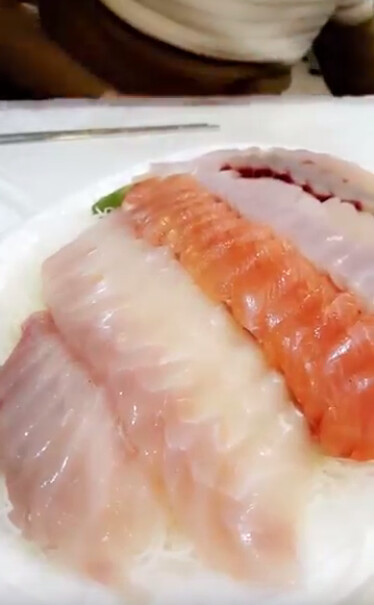 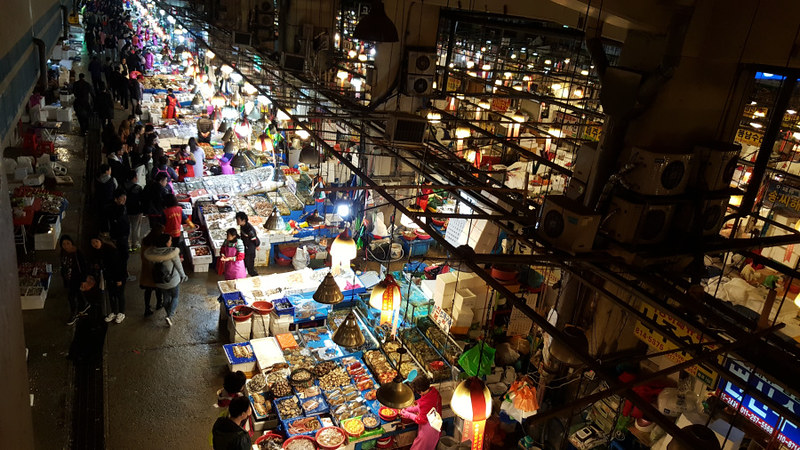 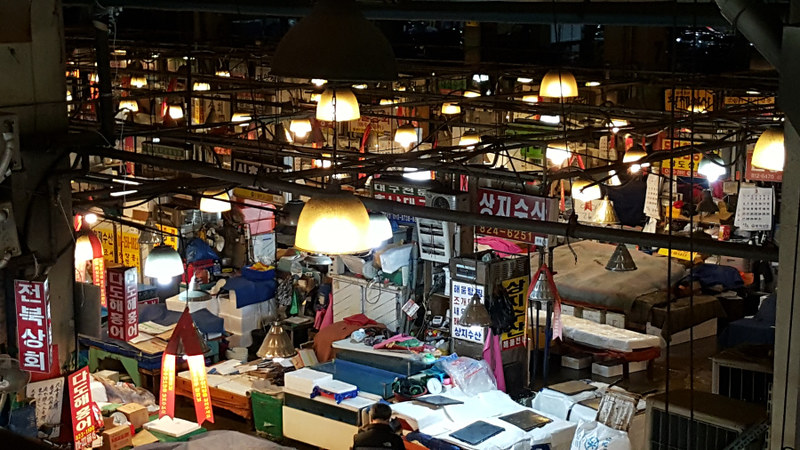