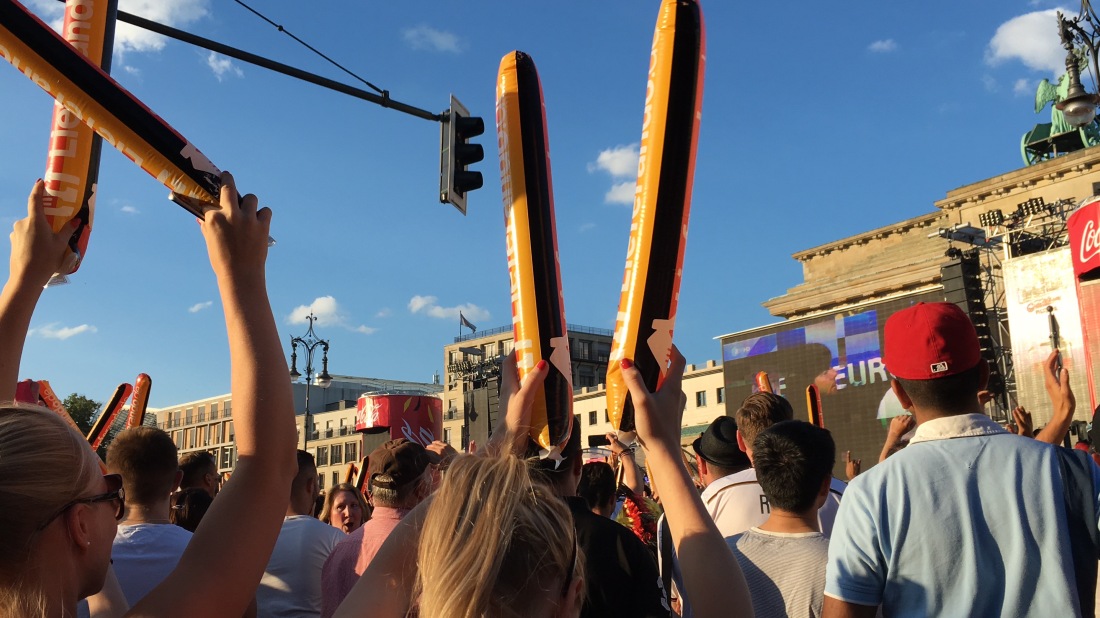 TWO | Finding Home Part 2
Sunday, 26.6.2016 Later Afternoon
His name was John. Unlike the rest of us, this friendly stranger was spending his college summer interning abroad.
While the Germany versus Slovakia game went on, John and I talked about things to do in the city and what to expect. He explained that German unions have a strong voice in politics and they wanted to close stores on Sundays. Viola, that explains what I saw on my trek over.
He was in the midst of explaining how to use the metro system when the game reached halftime. At this point, he got up to leave (to meet his friend at the Tiergarten for the public viewing) and said, “Do you want to go? I can show you how to use the metro.”
Yes, please.
John led me through multiple metro lines. I learned that the U-bahn is the underground and the S-bahn is the above-ground metro. The system is easy to understand once you get the chance to look at the map, featured below (yes, it looks chaotic, but it’s not that bad!). There’s only three things you need to know: where you are, where you want to go, and what direction is the train going. Like any video game, you piece together your next steps then and there. As an aside, I highly recommend getting a pass either for the day, week, month, or what have you for regions AB (the two inner most circles). I say this mainly because each ride is €2.70 going one direction. In other words, if you miss your stop, you can’t transfer! So definitely invest in a pass, it’ll be worth it.

Thirty minutes, three changes, and five blocks later, we were facing the Brandenburg Gate. The entire Tiergarten, which can fit the city of Monaco and still have room, was gated off for Euro 2016 public viewings. The entire section was packed with people sporting German flags, jerseys, and all kinds of fandom gear. I couldn’t help but feel the excitement, pride, and passion for the nation’s soccer team. Germany won 3-0 and the crowd roared at its victory. John wasn’t able to find his friend, but we stayed for the free concert and had a blast.
As scary as it was to be in a new city, I learned tonight that being open to trying new things will open up a world of possibilities (as cliche as that sounds). Here’s to ten weeks of unknown possibilities. Cheers to making Berlin home…for now.
More to come in THREE | Orientation Day at HWR (Berlin School of Economics and Law)