It’s surreal to think that it took less than 2 hours for a new adventure to begin. Early in the morning on July 29th, all of the Drexel in Paris/London students coincidentally took the same train to our next destination, London. Once we checked into our new place we met our brand new roommates who were Drexel students that studied abroad in Dublin. It didn’t take us too long to hit the popular sites such as Big Ben and the famous London “Eye.” 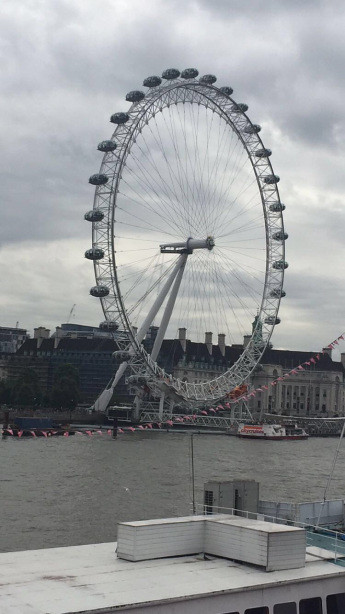 On Saturday were treated to a tour of the House of Parliament by our school here in London. It was by far one of the best tours I have been on so far during my time here in Europe. We received a comprehensive tour of many of the important rooms in the House. We walked the route that the Queen took during the Opening of Parliament ceremony which happens every year. However, what I enjoyed most about the tour was hearing some of the funny stories that came with explanations of why things were the way they were in Parliament. For example, our tour guide told us the reason why they added arm rests to certain chairs in the House of the Lords. During one session a person fell off the chair, which caused a big scene. Stories like this is what made it an enjoyable tour. For such a uniformed and classy place, it was great to hear the humor behind much of the history of England. The rest of the weekend was spent exploring the beautiful city of London.

That Monday was the beginning of classes. We were all treated again that night to a performance of In The Heights at the King’s Cross Theatre. I saw the original production on broadway, but I must say I was throughly impressed with this production. It was scaled back, but it had the fantastic element and heart of the story. After seeing that show I definitely want to take in more shows in the West End.

So far my first week in London has been incredible. It’s exciting to know that I have about 3 more weeks to take in the city. There is so much to do and I can’t wait to see what the next few weeks have in store for me. To close out this post here is a picture of me and my amazing roommates from Paris in front of the London “Eye” (FYI: I’m the one in the black cap). 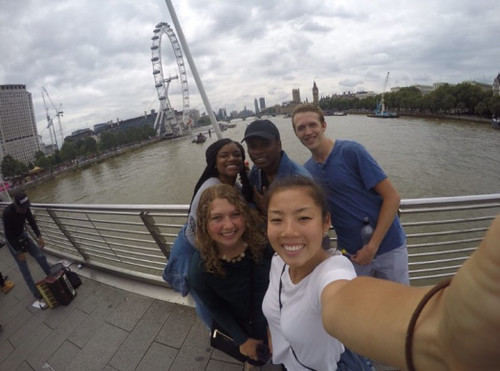