Hola amigos! On one of my recent adventures I went on a tour of Plaza de Armas with my friend and her Tandem partner. Before I continue and just completely leave you guys wondering what Tandem is, let me just explain it.

So for foreign exchange students who want to improve their language or Chileans who seek to learn another language, there is a pretty cool program called Tandem at la Pontificia that allows students to partner up with another student that has classes in the same campus in order to help each other learn the other’s language. For example, my friend Lua, who is from Brazil, is partnered with a Chilean guy named Gonzalo. Lua is interested in improving her Spanish and Gonzalo wants to learn Portuguese. Of course, both have an efficient level of the language they want to advance in. The program makes sure that both people have a good level of understanding of the other’s language so that they are at least able to converse with each other. Thus, I could not partner with Lua and attempt to learn Portuguese since I know next to nothing about the language. Furthermore, the program requires that you meet your partner weekly and for at least an hour. I just met my Tandem partner for the first time Tuesday. Her name is Javiera, she majors in engineering, and is a Sophomore like me. We have agreed to switch between Spanish and English each time we meet. The first time we met we spoke in Spanish and she was teaching me a lot of Chilean slang and words (like fome – boring, cuico – rich, stuck-up person, chanta – someone who does not pull through with things they said they would, and bacán – cool).For our next meeting, we agreed that the roles would reverse and I would be teaching English words and maybe American slang. I actually did teach her about the phrase “it’s lit.” I am so hoping she starts using it. 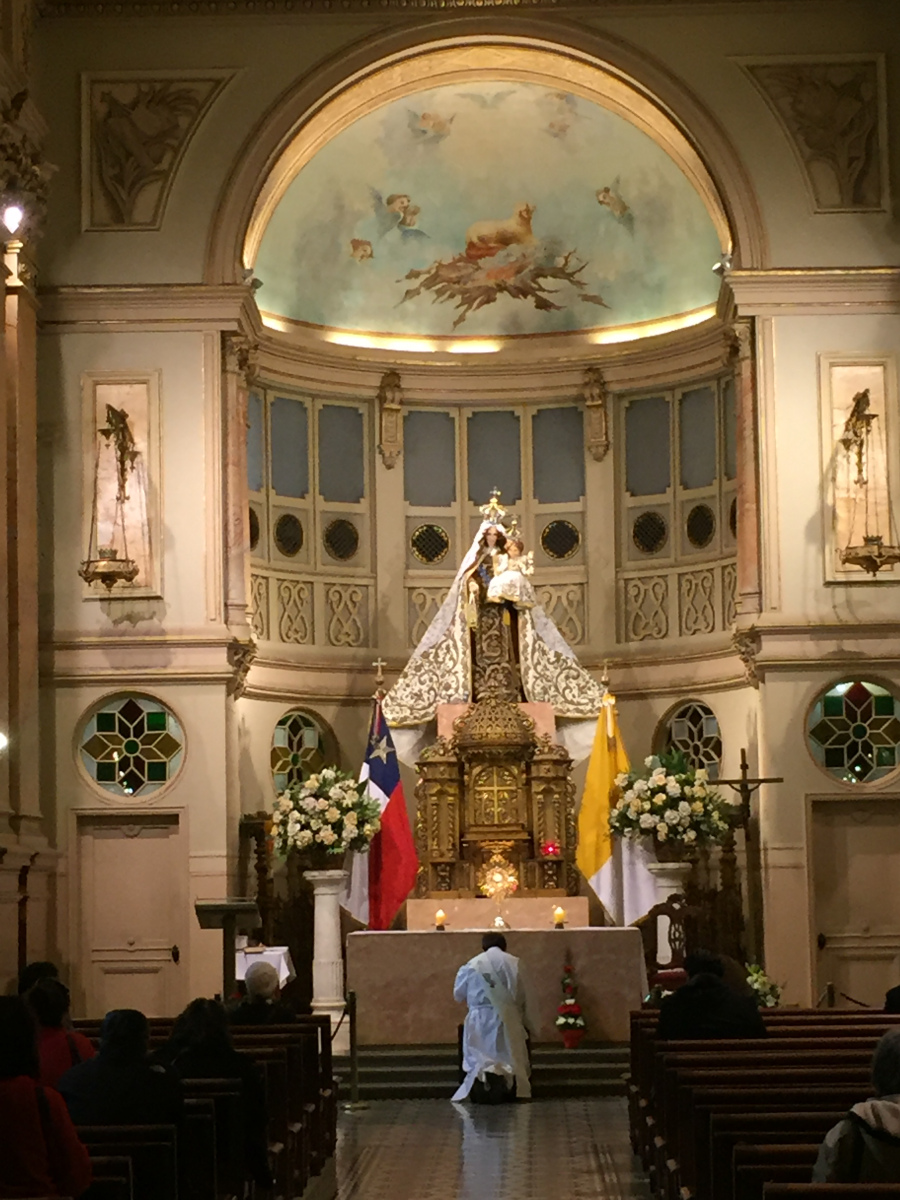 The first area of the tour was Cusco Cathedral (Catedral del Cuzco). I kind of regret not getting a picture of it from the outside now that I am typing this article, but que sera sera. The inside long, decorative, and beautiful. The photo above is of a secluded room in which I think service was being held.

After Cusco, we made our way to the next stop and saw street performers on the way. 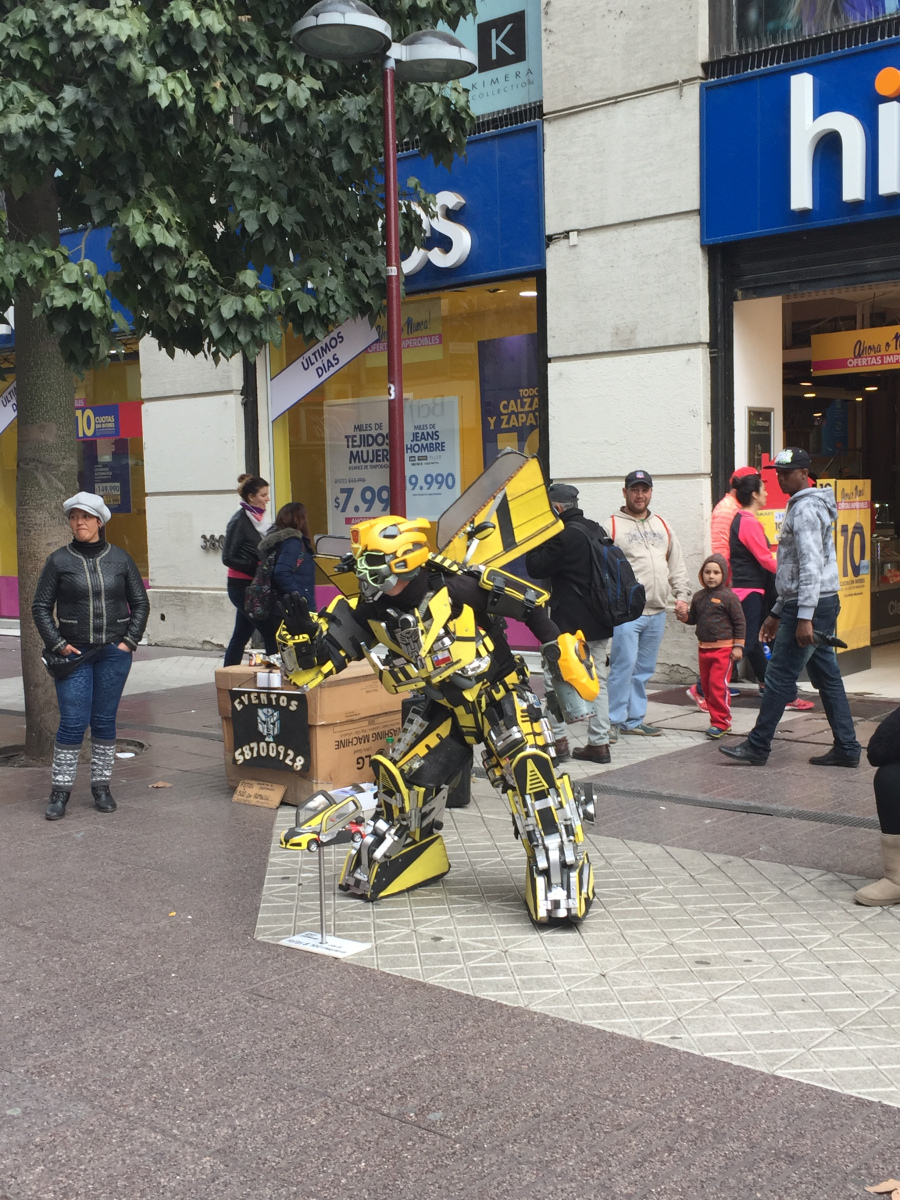 I think it is interesting how out in the open it is. The White House is much more guarded and surrounded by greenery.

There is tour coming up with CAUC of la Moneda. I am definitely going! Would love to see the president’s office, if that is possible.

After la Moneda we went to Santa Lucia hill which is just gorgeous!

Santa Lucia was awesome and everything about it was charming and aesthetically pleasing. I just wish there was a sunnier glow over the city to really compliment its various spectacles. All the contamination here constantly leaves a greyish, foggy atmosphere; a total mood-downer. I heard that it is best to get these sort of views of Santiago after a rainy day since the sky clears afterwards giving Santiago the perfect bright filter it needs. I have yet to experience a rainy day however. Literally the only rain I have seen was the very day I arrived. My presence must have made the angels cry haha.