Hola amigos, qué tal? This weekend (specifically September 18th and 19th), including Monday, was what is known in Chile as Fiestas Patrias (National Holidays). Most often you will here the holiday referred to as “el Dieciocho” because a majority of the celebrations occur on the 18th; however, it is possible for events and festivals (fondas) to last all week. The 18th and 19th of September are two different national holidays (in a way), but they are all celebrated in this almost week long period of various festivals. September 18th is the national remembrance and honoring of the proclamation of the First Governing Body in 1810 which therefore marked the beginning of Chile’s independence. Next, on September 19th, the day is known as “Day of the Glories of the Army” (Dia de las Glorias del Ejército). Thus, our weekend was slightly extended since all schools and universities were closed on Monday (which is just awesome because I got to sleep in).

Anyways, on September 18th, my friends from Fentastic and I headed off to Parque O’Higgins, the area where Fantasilandia is located (the theme park I wrote about in a previous post). The following day for the 19th, another friend and I headed to Estadio Nacional (the national stadium of Chile). 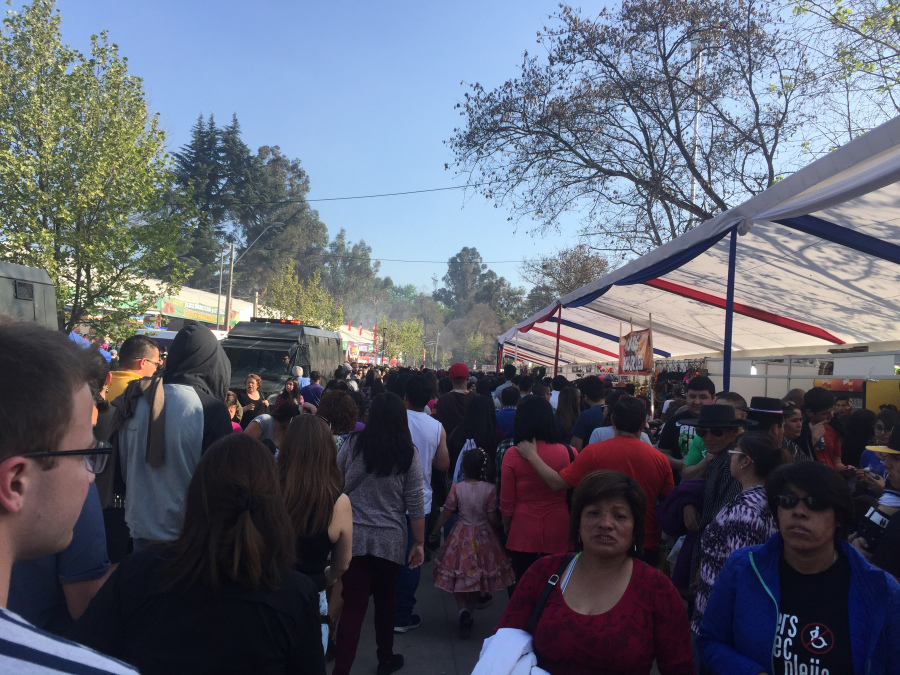 Entering, we were right off the bat met with crowds and crowds of people. The tents you see on the right are vendors that are located honestly everywhere in the fondas, selling all sorts of things like food, candy, toys, souvenirs, clothes, etc. Since this is a national holiday, a majority of the food and drinks were solely Chilean dishes and drinks. Almost the second you enter, you will begin to see stands for two very popular Chilean drinks: Terremoto (“Earthquake”) and Mote con huesillo ( “Boiled corn with sun-dried peach”). Terremoto is pretty much Pipeño (a type of sweet fermented wine) with a scoop of pineapple ice-cream inside; very easy to make and very delicious. Mote con huesillo is a non-alcoholic drink which consists of a sweet nectar made of dried peaches cooked in sugar, water and cinnamon and once cooled, mote (boiled corn) is added. To be frank, I am not a big fan of mote con huesillo and the times that I have drank it, I usually did not really enjoy it and just end up eating the dried peach inside; I, however, do love Terremotos. 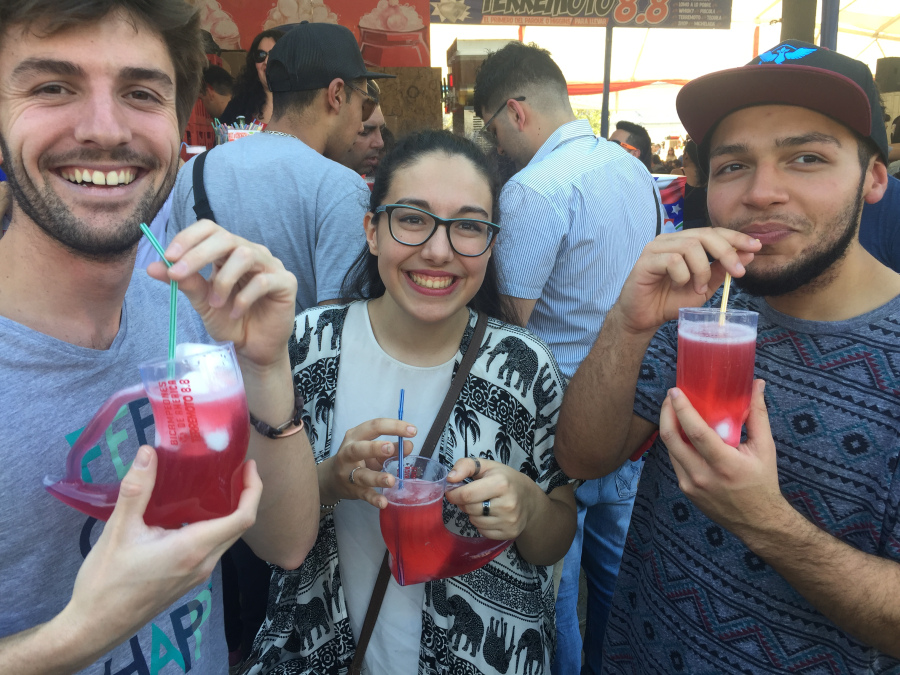 For food, the menu is pretty consistent with Chilean specialties as well. Of course you have your burgers and hotdogs, but more traditional Chilean festival foods are empanadas (stuffed bread/pastry filled with anything from meat, cheese, vegetables, seafood, etc), salchipapas (french fries with cut-up pieces of sausage), churros, pinchos (beef shish kabobs), and completos (hotdogs with guacamole and mayonnaise on top). Unfortunately I did not take any pictures of the food besides these chocolate-covered strawberries-skewer I bought. 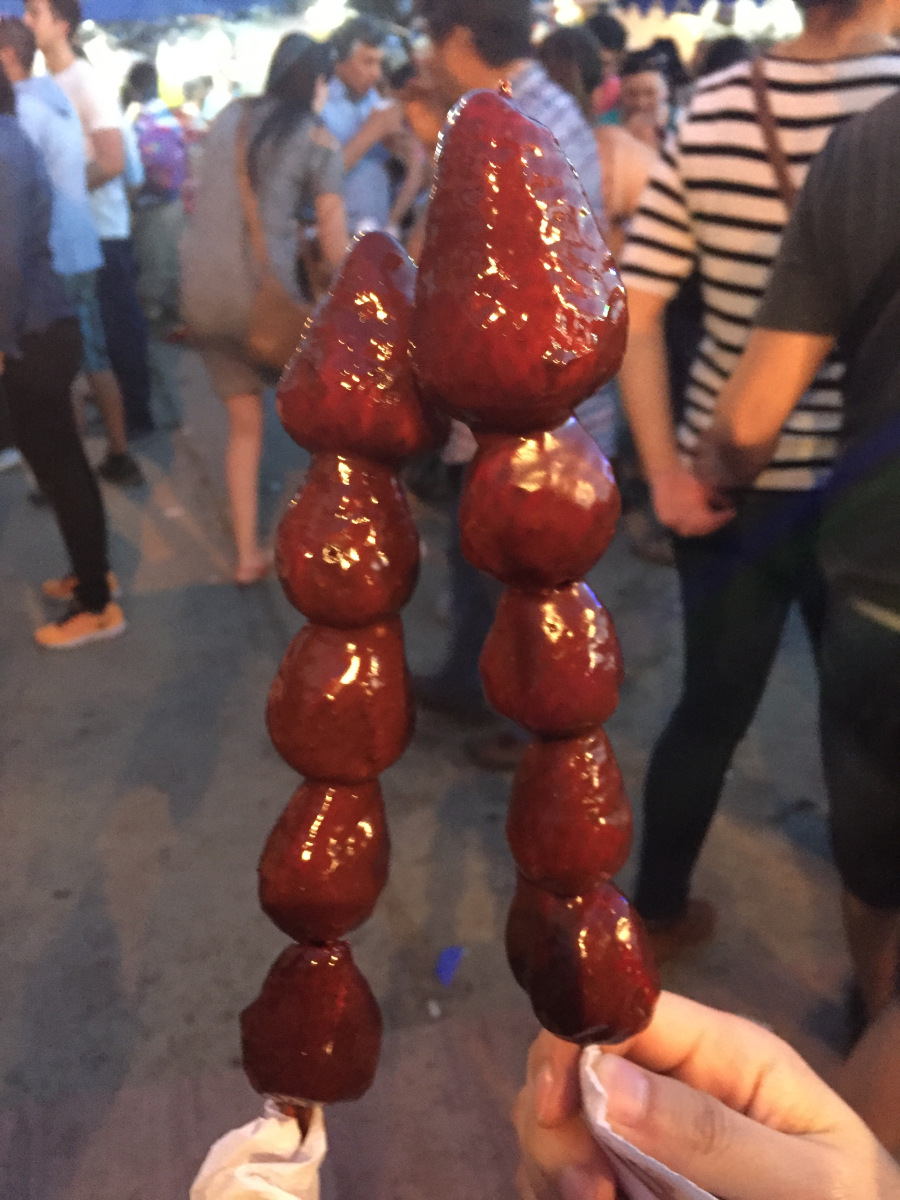 Besides the food and drinking, which is pretty much a big chunk of the Fiestas Patrias celebrations, there is also concerts, performances, and games. 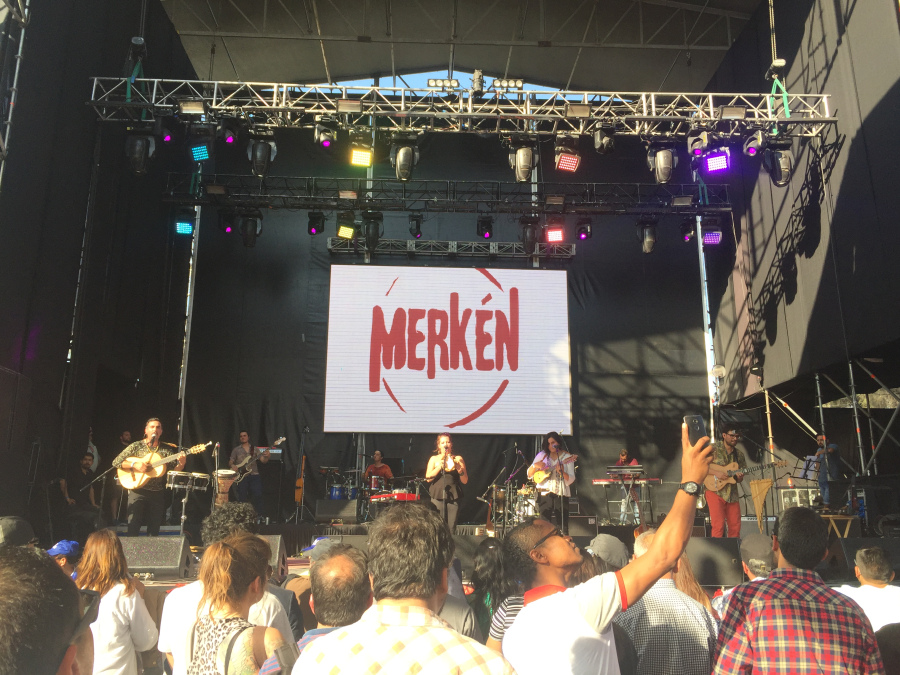 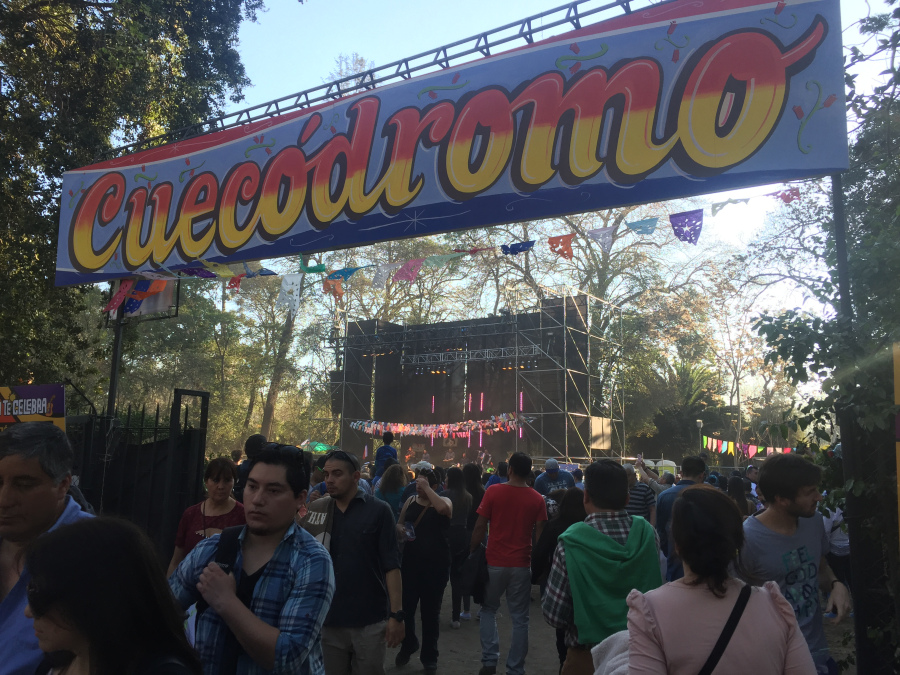 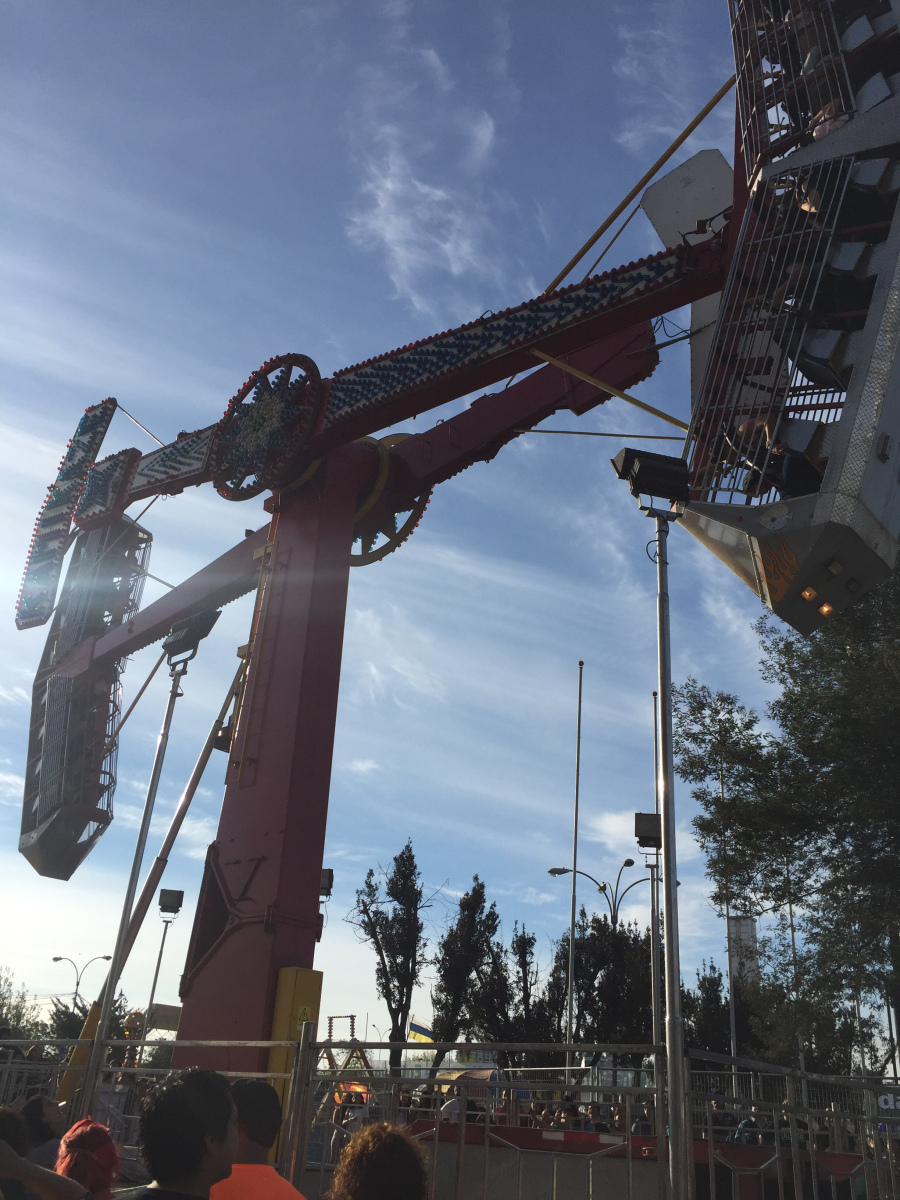 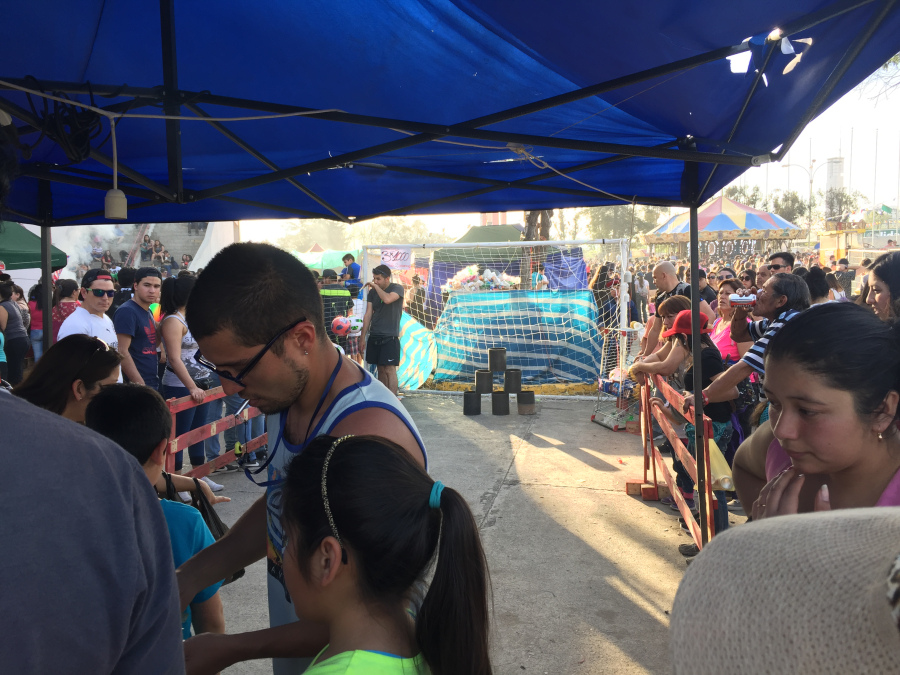 For any future travelers thinking about heading to Chile around September, Fiestas Patrias is practically a must. The great part about it is that it is celebrated everywhere so you can head out of Santiago or even spend a weekend at Cajón del Maipo (a mountain reserve) and still partake in its festivals.