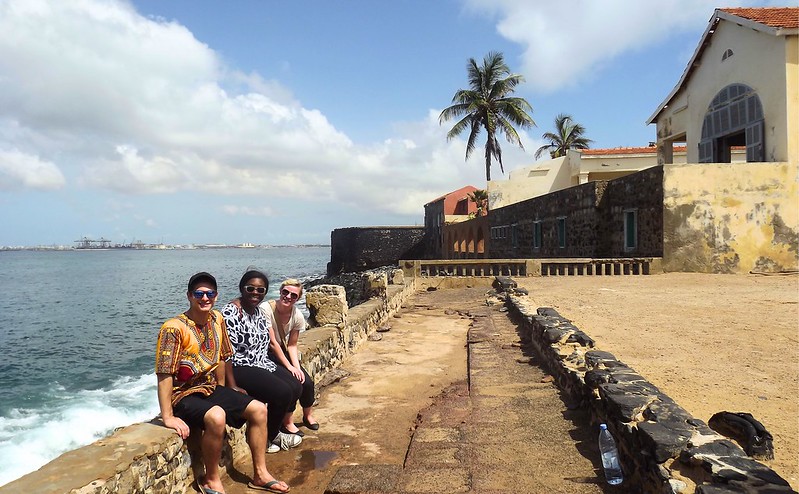 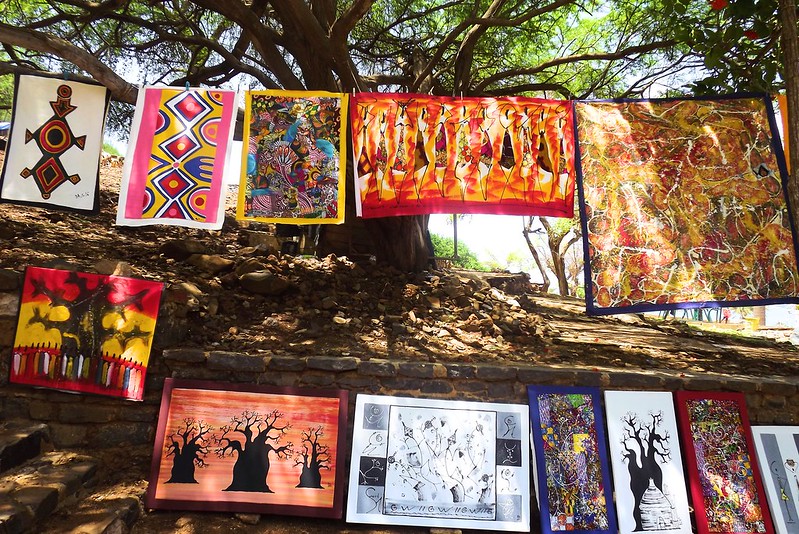 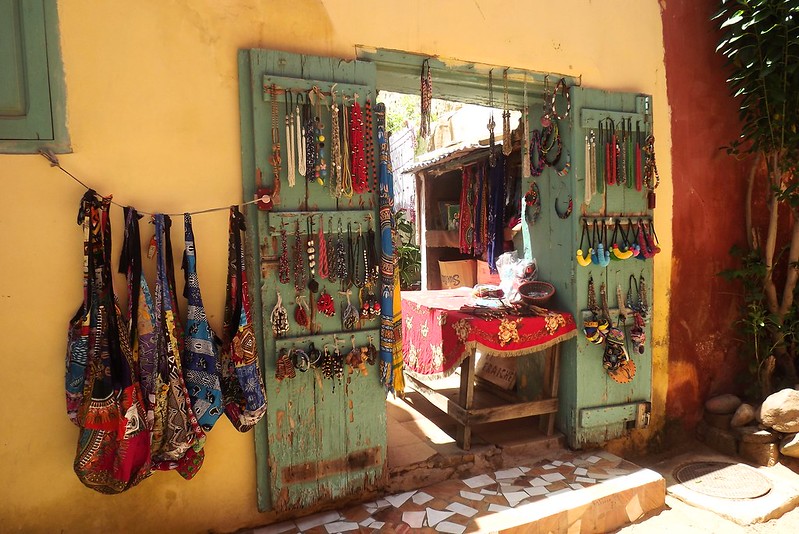 For a field trip, my group went to Goree island. Goree island is right off the coast of Senegal. It is the famous slave trade island. In this island there were a total of 28 legal slave houses that sold 20 million slaves. As you know many slaves didn’t make it to the Caribbean or the US. In fact, out of the 20 million only 14 million people made it out alive. The slave trade took place for over 300 years and even a little while after the abolishment of slavery. The first to occupy this territory was the Portuguese. They were the clever ones. They went from tribe to tribe all on the west coast and brought the tribal chiefs horses in exchange for 30 people. By the end of their trip they had boats full of slaves and returned to Goree island to place them in slave houses for selling. The second main to occupy Goree island is the Dutch. Their story is very similar to the Portuguese except they traded iron for people. The next to occupy this area is the British, but they were soon kicked out by the French. Now the French and British took an aggressive approach to gaining slaves. They went to the chiefs of tribes and gave them weapons in exchange of prisoners that are captured during tribal combats. Now if your first thought was that the tribes are being greedy, you’re wrong. They actually had no choice but to accept. Their options either accept, fight their enemies with the upper hand of weapons and then capture people or have the French and Brits go to their enemy tribes and they take the deal which leads to their own enslavement. It was a lose lose either way. Enough about how the west African enslavement and on to the visit of the slave houses.

Let me try to picture what it was like to be sold here: First the men. Imagine yourself getting off the boat and pushed into this house. The first thing that happens is that you go to the weight room. You stand on the scale and it can play out one of two ways. If your over 60 kilograms, then expect to be sold within the next 2 to 3 weeks. You will be put in room full of men like you ready to be sold. It’s small, it’s dark, it’s smells bad, you get fed once a day and eat once a day. If you have to go to the bathroom more than once, well have fun popping a squat in the corner. About 20 people are stuffed in there so you might be sitting on someone’s shit or worse, sitting in it. Now if you’re under 60 kilos, well then you get put in a separate room and will be forced fed black eyed peas for a month. Then they reweigh you and sell you.

Next the women. You too get put in the weight room, but your judgement guess a little differently. They decide your worth. If you are young enough to produce strong slaves, if you are able to work, and you are healthy. Oh I also forgot to mention that they check your virginity. Now they separate you also one of two ways. If you’re not a virgin, you go in the general room and weight to be sold. It’s the biggest room. You get one meal a day, one bathroom trip a day. You are chained up and are waiting to be sold. Now if you are a virgin, you will be put in the “suite” if you will. You are fed once, but you have a toilette. Now why do they have a toilette you ask? Well it’s because many of the people staying in the guest house ABOVE THE SLAVE COURTIERS come down, pro through the holes, pick out a virgin and then basically rape her. Now if the girl becomes pregnant, she is taken out of the slave house and out somewhere on the island where she can have her child peace. Once the child is born, she then gains her freedom and when that child grows up they gain a certain status and eventually joins in on the slave trade.

Now the children. Nobody cares about your age. If you look strong enough to work and have the right weight requirement, then you’re getting sold with the other men and women. But if not they put you in your own room. The children are the only ones who don’t get chained because they are not violent. Many of the enough girls also get put in the virgin room if they looked old enough.

I think the most upsetting thing about today is the rape culture that lead to the beginning of colorism. I thought colorism began on the plantations but it actually began here. If you don’t know what colorism is, then call yourself lucky. Colorism means the lighter skin, the better or more privileged you are. It’s a tragedy that women are freed because they were “lucky” enough to get pregnant when raped by the slave buyer. But then to enforce an ideal that they are now better than the others because there is whiteness is the child’s skin! I’m going to stop myself from ranting because I can go in for hours about this.

When walking around the island, I had a very hard time appreciating it’s beauty. The beaches had clear water, the shops were full of wonderful artwork, and the homes were colorful and reminded me of the Caribbean. The story is tragic, but the island was truly beautiful. 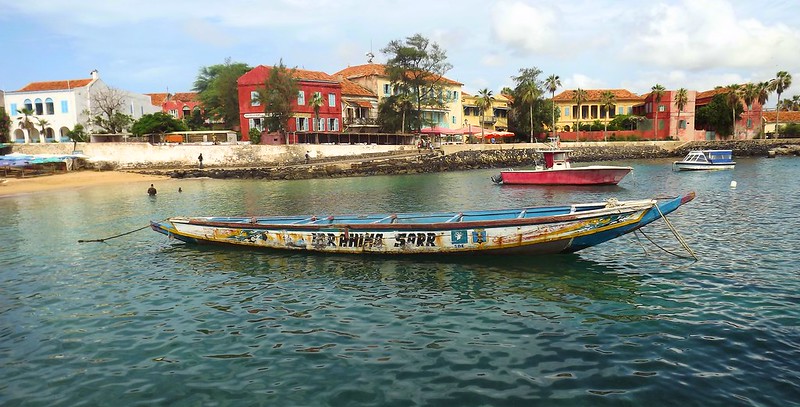 View all posts by Mariah Benjamin