Hola amigos! So this past weekend I went with a large group of friends to the small city of Pucón, Chile. This place is gorgeous and the natural beauty surrounding the city, like Lake Villarica and Volcano Villarica, have made Pucón a big tourist attraction. The outskirts of city have an array of small, town-like wooden homes which are where the natives of the city, but more towards the center are shops and offices for adventure activities such as rafting, skiing, backpacking, kayaking, natural hot springs, skydiving and many more. 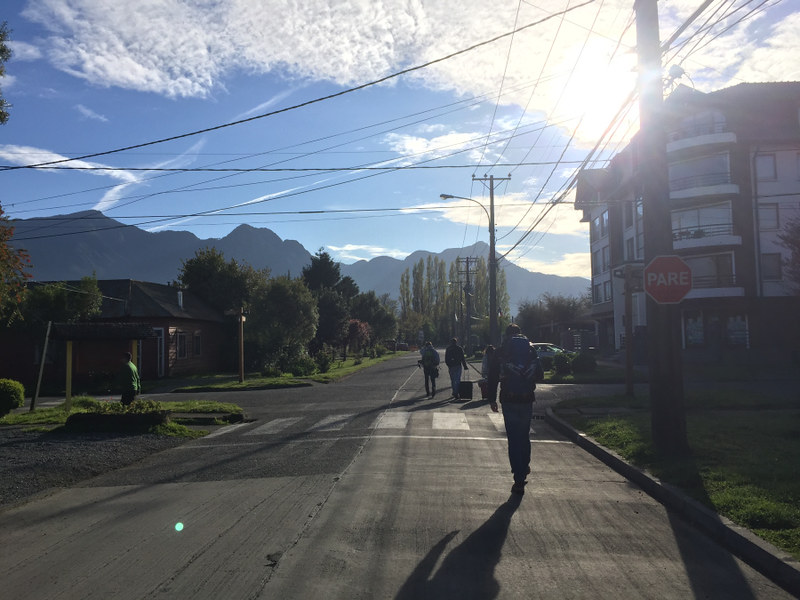 Now normally people would take a plane to Pucón, but we wanted something less pricey and less of an effort to head to; so, we took an 8-hour bus ride with JetSur. I did say a little less pricey, but seeing that we bought the tickets fairly last minute my friends and I ended up paying 48.000 CLP (24.000 CLP to go and 24.000 CLP to return) in total for the ride. Next, we also had to find a place to stay and for those studying abroad in Chile in the future, I would recommend the Princesa Insolente Hostel. 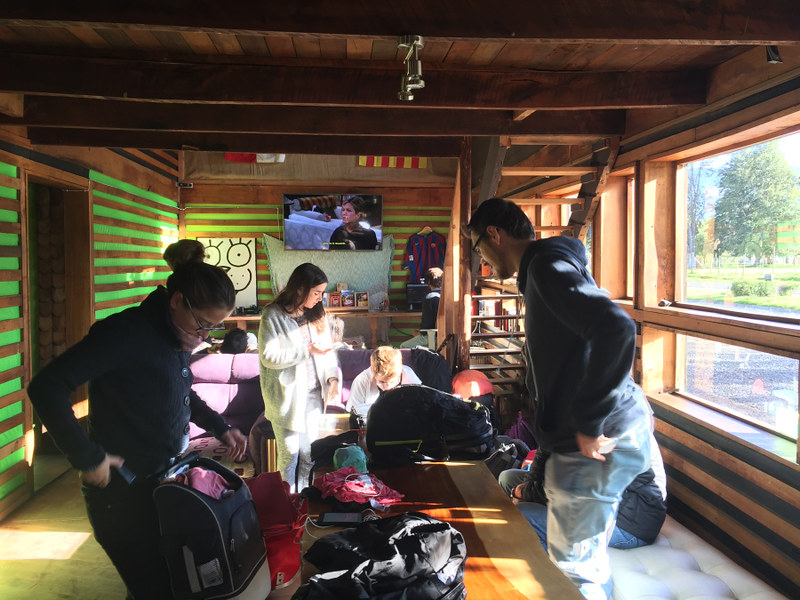 The hotel was kind of small, but provided a friendly and colorful environment for a pretty cheap price too. My friends and I shared a 10-bed cabin with one bathroom (though there was another bathroom we could use outside of the cabin); each bed had a lamp, cabinet and outlet next to it and the beds were setup likes bunk-beds. We also had WiFi, but, to be honest, it was terrible. My worrisome mother, who I usually call through Facebook Messenger, was panicking from not being able to get in contact with me during those three days. Outside the cabin is a hammock and a bunch of wooden logs around an outdoor fireplace meant for all the residents. Then, apart from the cabins is the main building which is a shack where the owners stay, but it is also contains a living room, kitchen, bathrooms and bar meant for all the residents.

During our first day at Pucón, we decided to go rafting at Rio Trancura. Unfortunately, since we were going to get really wet, I could not bring my camcorder to take pictures. However, to get a good idea of how the river looked and see its astonishing beauty, you can search up Rio Trancura (Trancura River) on google images. 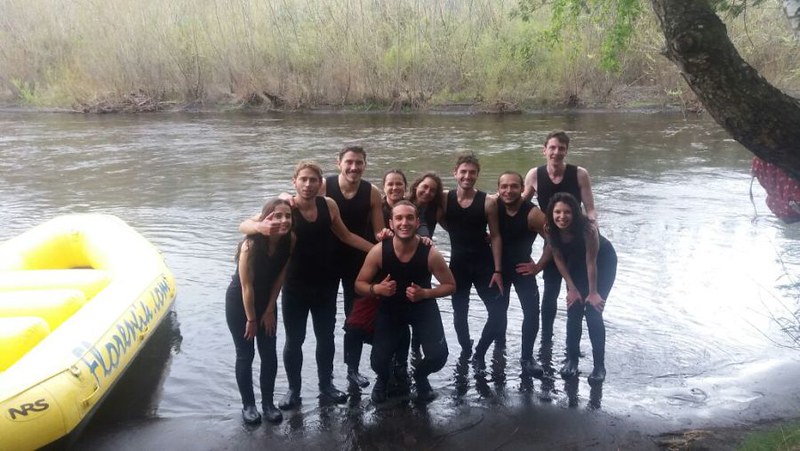 It was my first time rafting and it was such a fun experience. Team work is key to getting the raft to properly move in the right direction and rhythm mattered. Our guide had told us that we were dealing with level 3 rapids which is not too challenging and should be good for us. He said the highest difficulty is level 5, but that is for more experienced rafters. The most difficult part about it for me was focusing on rowing in rhythm with the rest of your group while at the same time taking in all the natural beauty around you. There were so many times when I wanted to just stop and look around, but had to pay attention to my rowing. For me the scenery was like something out of Jurassic Park. Like I would not have been surprised if a dinosaur just scurried across out of the blue. The ice-blue river was large and wide with streaks of white lines from the rapids and boulders sticking out. On each side of Trancura were tall, forest trees that slightly reached towards you, but not enough to obstruct the view of the clear skies and the gorgeous mountain range in the background.

Much later we were allowed to jump off the raft to test the waters and boyyyy was it cold. When we were finally finished, I was completely freezing and wanted to take off my tight wet-suit and put warmer clothes on.

After that, we did some walking around of the city of Pucón. I could not believe how pretty a city could be. Almost everywhere I looked were views that would leave me in awe. 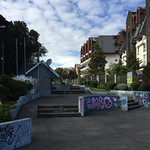 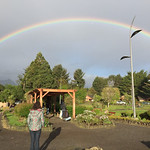 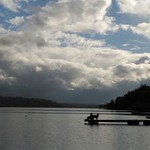 Eventually after some time in the city we set out to find something to do and we decided to check out the casino. I have never been to a casino either so this was another first for me. I made some losses with 2.000 CLP in roulette and 5.000 in Blackjack, but I managed to win it back with a little more in the slot machines when I won 20.000 CLP. After that we headed out to a restaurant in search of burgers and to my surprise the restaurant we entered SOLD PHILLY CHEESETEAKS! When I saw this I got so excited I high-fived the waiter. Nowhere in my mind did I ever think I would encounter a cheesesteak in Pucón or even in Chile for that matter. However, it was to my slight disappointment that the cheesesteak was not exactly Philadelphia-style and more Chile’s spin on it. The sandwich still consisted of cheese, meat and onions, but lacked mayonnaise and was more on a toasted sandwich bread than a hoagie bread. Furthermore, the taste was not as good as our cheesesteaks. Although it did not meet my expectation, I still appreciate that Philly is being represented in Chile.

Anyways, that is all for this post. I still have so much more stuff to write about that I did this weekend including hiking up snowy Volcano Villarica and visiting beautiful Parque Nacional Huerquehue. However in the next post, I will be condensing it a little to solely speak about those two experiences and it may also be a little more photo-based.

See you next time!