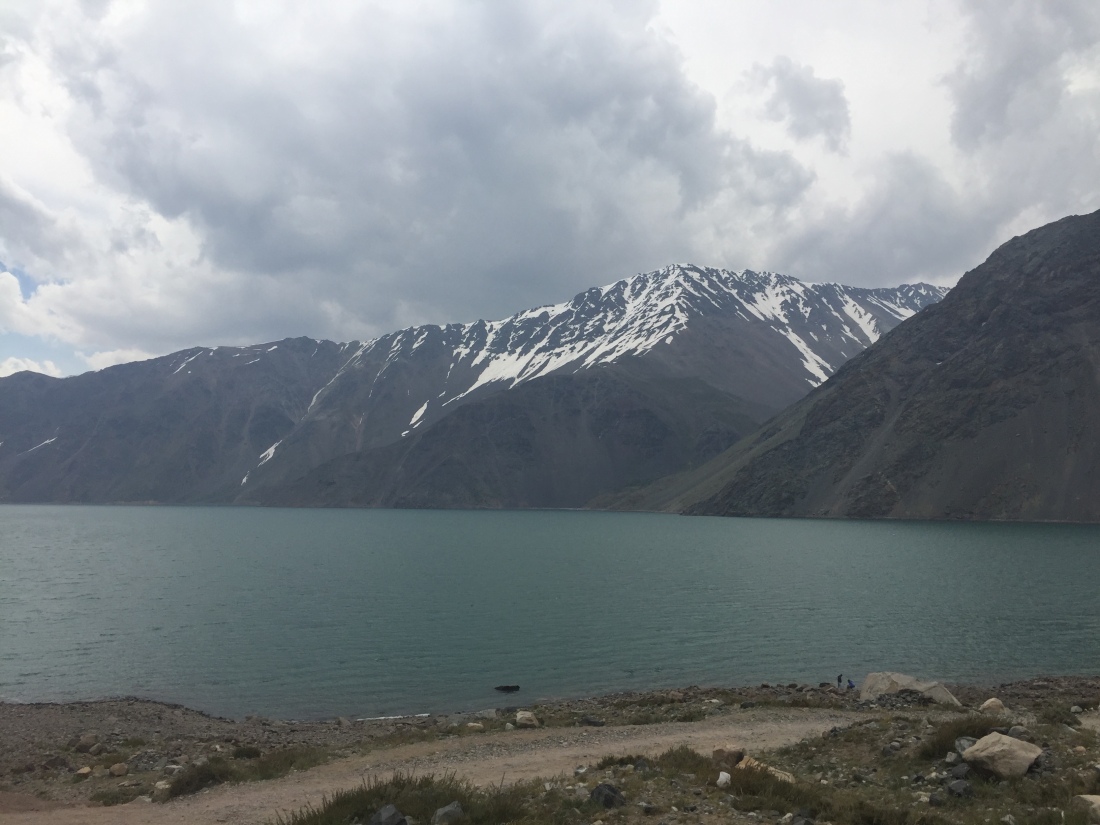 Hola amigos! I have not been able to write articles for a while due to various final exams and projects for my courses. So far last week, I completed two classes (Hegel and Revolutions in Latin America), handed in a 10 page paper for Chilean Foreign Policy, and worked on a video for my Public Projects class. This week I have final on Friday for Chilean Foreign Policy and I already completed my part of a group project for Public Projects so all that is left now is to have it presented.

With two classes out the picture, I could start relaxing a little and this weekend I did so by staying at a friend’s house in Cajón de Maipo, a gorge in central Chile about an hour and a half (driving) southeast of Santiago. Maipo is full of stunning, natural beauty all around with several hot spots like San Francisco Glacier, Laguna Morales, El Morado, El Yeso Reservoir, etc. Unfortunately, do to timing and weather conditions, I could not visit that many places while there. However, that did not make the trip any less fun nor interesting. I made plenty of great people on my weekend and really bonded with my friends in Chile. So much so, that it made it even more difficult to think about leaving and returning to the United States.

Besides the obvious difference in physical appearance from Santiago’s city urban setting to Maipo’s one-with-nature setting, another interesting contrast that struck me was the personality of the people living in Maipo compared to Santiago. In Santiago, everyone moves around like they are in a hurry and are indifferent to most things going on around them. Furthermore, most people have earbuds in and really prefer avoiding social interactions; however, the folks at Maipo are much more natural, social, and compassionate. I was completely blown back whenever a stranger would start a conversation with like I was their buddy or, within seconds of meetings them, they would speak with such a warm and friendly tone as if they had known me for ages. I tried my best to reciprocate social nature and successfully managed to be welcomed like family to a whole cast of people. That is one thing I will take in as a lesson about my time there: always give people the benefit of the doubt and do not be afraid to strike a conversation (we are all pretty similar when we get down to it).

Anyways, while there I visited El Yeso Reservoir which was utterly beautiful; it was something out of a dream. It was about a 2 hour drive to get there and my friend had also picked up a couple of hitchhikers that were going the same way. Apparently hitchhiking is really normal in Maipo and, more often than not, Cajón de Maipo residents usually pick up any hitchhikers because understand how far most places are from each other in that area and they would feel terrible leaving someone to walk such a long way.

The reservoir is really long so there are several spots worthy enough to park and calmly enjoy the beautiful scenic mix of land, water and sky. We parked near an area with a bunch of big rocks near the water, the hitchhikers went on ahead to find a good camping area as my friend and I laid of the ground and enjoyed our surroundings. Quickly after, we had regretted not bringing jackets since we began to notice the icy breeze rushing by every now and then, plus the light rain and hail that followed. We then rushed back into the car for warmth and munched on the various snacks we had.

We drove onward to the end of the reservoir and my friend decided to show me how to drive stick-shift since I only learned how to drive automatic. I do not know how I did not notice it before, but almost everyone in Chile drives manual! I must be zoning too much to not have noticed, but at any rate, I learned, a tad bit, how to work a stick-shift care. Surprisingly it was not as difficult as I had assumed. Although there is a lot to keep in mind while maneuvering around, after some practice it does not become that difficult to remember.

After spending a good amount of time driving around and also enjoying the gorgeous view, we decided to head back to my friend’s house since his parents were making dinner.