After a 14-hour flight and a 16-hour delay at Incheon International at Seoul, South Korea, I had finally arrived to the city I will be calling home for the next year. Sendai, a city of nature, festivals, and great cow tongue (known as “gyutan”)! Arriving at Sendai International, the first thing I came to realize was how fast everything–and everyone–moved. Everyone knew what they were doing and it was obvious from the way I was standing around that I was new (you know, other than my two large luggage cases and a backpack). After fumbling my way around in broken Japanese, I managed to buy a ticket to Sendai Station. 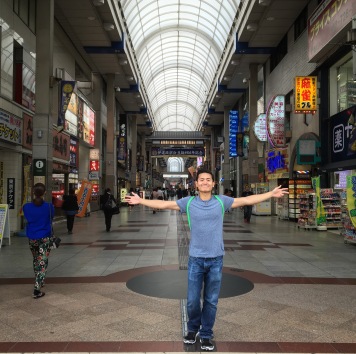 Sendai Station, a bustling crossroad full of shops, tourists, and natives of all ages. It is the city’s central hub, hosting its local transits of buses and trains as well as one of the major stops for Japan’s shinkansen (bullet train) system, which runs throughout all major cities in Japan. It is difficult to even compare the station to anywhere in the States; it feels like conglomerate of a large station with a small market smack dab in the middle! And just like the station, the city itself is no different.

Sendai’s city center feels as thought I was dropped off somewhere in the middle of Tokyo–as any large Japanese city would be expected to be. That’s not the best part about Sendai, however. As soon as you leave the city center, it’s almost as though you’ve been transported to a small town in the middle of nowhere! The houses are small, the roads are even smaller, and sidewalks are non-existent. Seriously! Not to mention, everyone bikes, and I mean absolutely EVERYONE! I suppose they don’t call it the City of Trees for nothing; nature is everywhere here. Of course, the first thing I did was head over to Family Mart (the local convenience store) to purchase myself some of the best fine dining Japan has to offer. 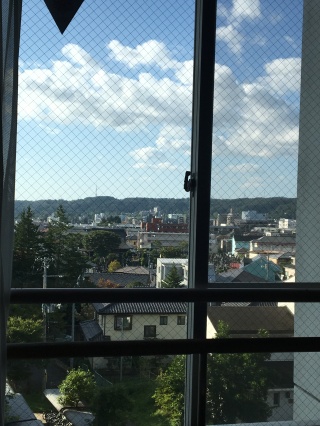 A few days after unpacking and meeting some new people, we decided to visit one of Sendai’s famous sites: Matsushima. It is a smaller town located just a few train stops northeast of Sendai’s city center. The town hosts a cluster of islands by a bay, with bridges to connect the islands to the main shore (as seen by the featured picture). Arriving at Matsushima, despite being quite close to one of Japan’s major cities, it felt as though I was hiking through a small town, with dense forestry and mountains in and around the town. I think that is the best part about Japan–how even the most populated areas can still contain pockets of isolated towns and villages, each with their own unique culture and traditions.

I’m excited to post more and show everyone what this amazingly peaceful city has to offer! Prepare to see historical sites, festivals, and more food in the upcoming weeks!