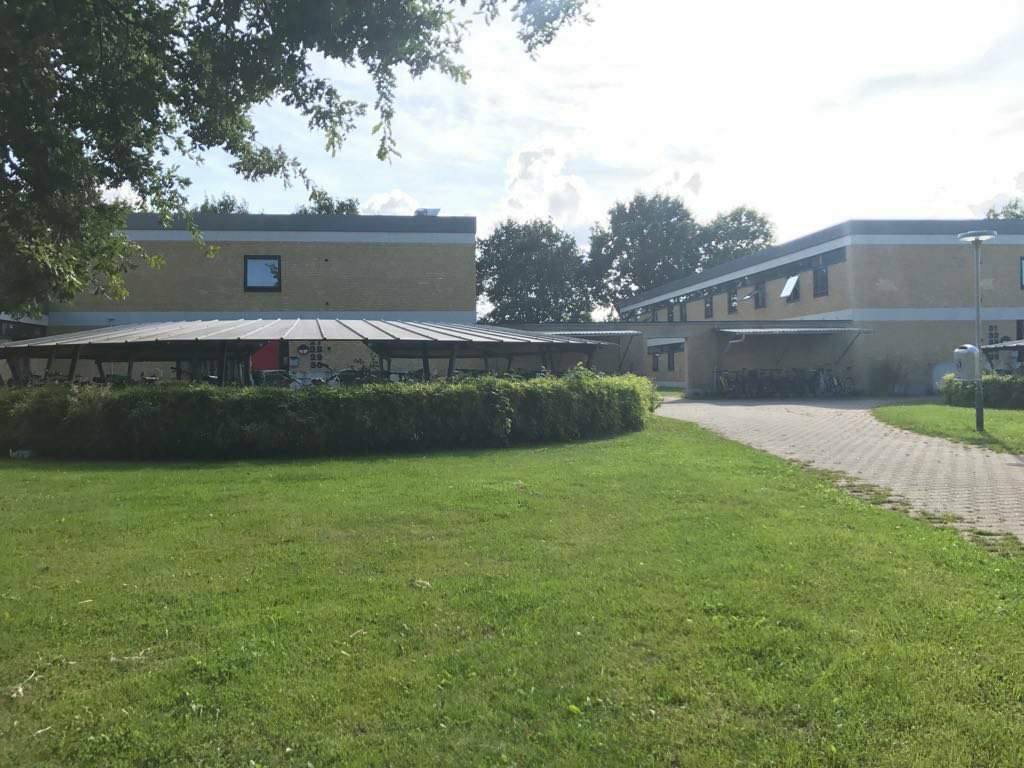 “What did I just get myself into?!”

This was the first magical thought that popped into my head as I got out of the taxi and walked toward my home for the next few months: an on-campus dorm called Kampsax Kollegiet (more simply known as Kampsax).

Granted, amidst my stress from the last week, I was beyond excited. For the first time, I would be outside the US for more than a week (a personal new record) and seeing a completely new way of thinking and living. But, it just felt like too much too soon – I was utterly ill-prepared and, as we young folks say,

happily “winging it.” That course of action had worked out pretty humorously and favorably so far.

When I first arrived at my host university, the Technical University of Denmark (DTU), I was immediately surprised by how simple and beautiful the campus was: it’s more spread out than the urban Drexel campus I’m used to, the buildings are mostly one or two stories high and made of brick and glass (and covered with ivy), and there are trees everywhere – it looks like DTU was respectfully carved out of a forest, only removing what was needed for the campus to exist properly.

The air was clean, the sky was clear except a few clouds here and there (which changed pretty quickly), and the temperature was about 15 degrees Fahrenheit cooler than the Philadelphia I had parted with the day before (still gorgeous, but leaving one without the unspoken, awkward sweat). The campus was pretty quiet, with few students walking or biking around because the term hadn’t started. I could feel that, in a week, this would change pretty drastically, and for the better.

After taking a few minutes to absorb these pieces of my surroundings, I was jolted back to reality when my taxi driver, Avi, asked “Do you know where you’re going now?”

I laughed as I thanked him and pulled my black suitcase and hiking bag out of the car trunk. “Not really, but I’ll be ok.” Regardless of how many surprises life had thrown my way, I could feel that this was the start of something amazing, that this adventure would be worth every memorable challenge that led up to it.

About eight hours; a trip to downtown Lyngby with the other Drexel exchange students; a grocery shopping trip to Netto (a discounted grocery store that’s as common as Starbucks is in the US) that involved a lot of deciphering and guessing the meaning of Danish; a Danish take on Indian food (my favorite, chicken tikka masala) from a store creatively named Bindia; and a fantastic three-hour nap later; I jolted awake at 11 pm local time in my room. Naturally, as I am quite the responsible student, I remembered that I still had to finish the final assignment for my online course. To do that, however, I would need internet, which I was still lacking.

Praying to the deities of the curve and all things GPA-related, I hoped that I would find a living soul that could help me with my lack-of-wifi situation. Eventually, in the silent darkness of the dorm’s courtyard, I found the answer to my mental pleas in a first-floor kitchen. In this kitchen, there were a few students laughing loudly and playing a card game. I debated with myself for at least five minutes if I should pop my head into their open window and ask for a password for their internet.

And then I did it, shamelessly. And with a smile.

Partly startled by a bubbly stranger with a foreign accent, partly entertained by the randomness of the situation, the other students laughed and opened their kitchen door for me. Not only did they give me the password to the wireless so I could complete my assignment, but they also gave me MORE INDIAN FOOD (did I mention that was my favorite?), priceless advice about DTU and Denmark, and drinks. It was the perfect welcome into the DTU community.

We stayed up playing cards and talking for another few hours. After I bid them goodnight and marched back up to my room, I smiled and mentally answered my question from hours before: “Only the best thing ever.”

View all posts by Lindsay McCarthy