While I’m here studying, I’ve had the opportunity to fully experience Mid-Autumn Festival. In my previous post I mentioned making mooncakes which were for the Mid-Autumn Festival. On Sunday we went to Tsim Sha Tsui to see the fireworks and the lantern festival. The lantern displays were beautiful and impressive, though we only saw one of the displays since it was so crowded. Though it started raining, it didn’t dampen our mood, we simply moved under shelter which surprisingly got us an even better view of the fireworks. Though we couldn’t see all the way up, we did get to see the fireworks and the lights dancing along to the music on the buildings.

On Wednesday, we went to Victoria Park to visit another Lantern Festival. This display was much bigger than the one we saw in Tsim Sha Tsui. They had different exhibits along the sides as well. There was a woman doing intricate embroidery, a man painting the inside of a small snuff bottle, and a shadow puppet show for children were only a few of some of the ones I saw. On stage, there were different performances, varying each day. On that day we got to see beautiful performances of Chinese dance and ballet. I wanted to go back on Thursday to watch a hip-hop performance, but I knew I was busy. 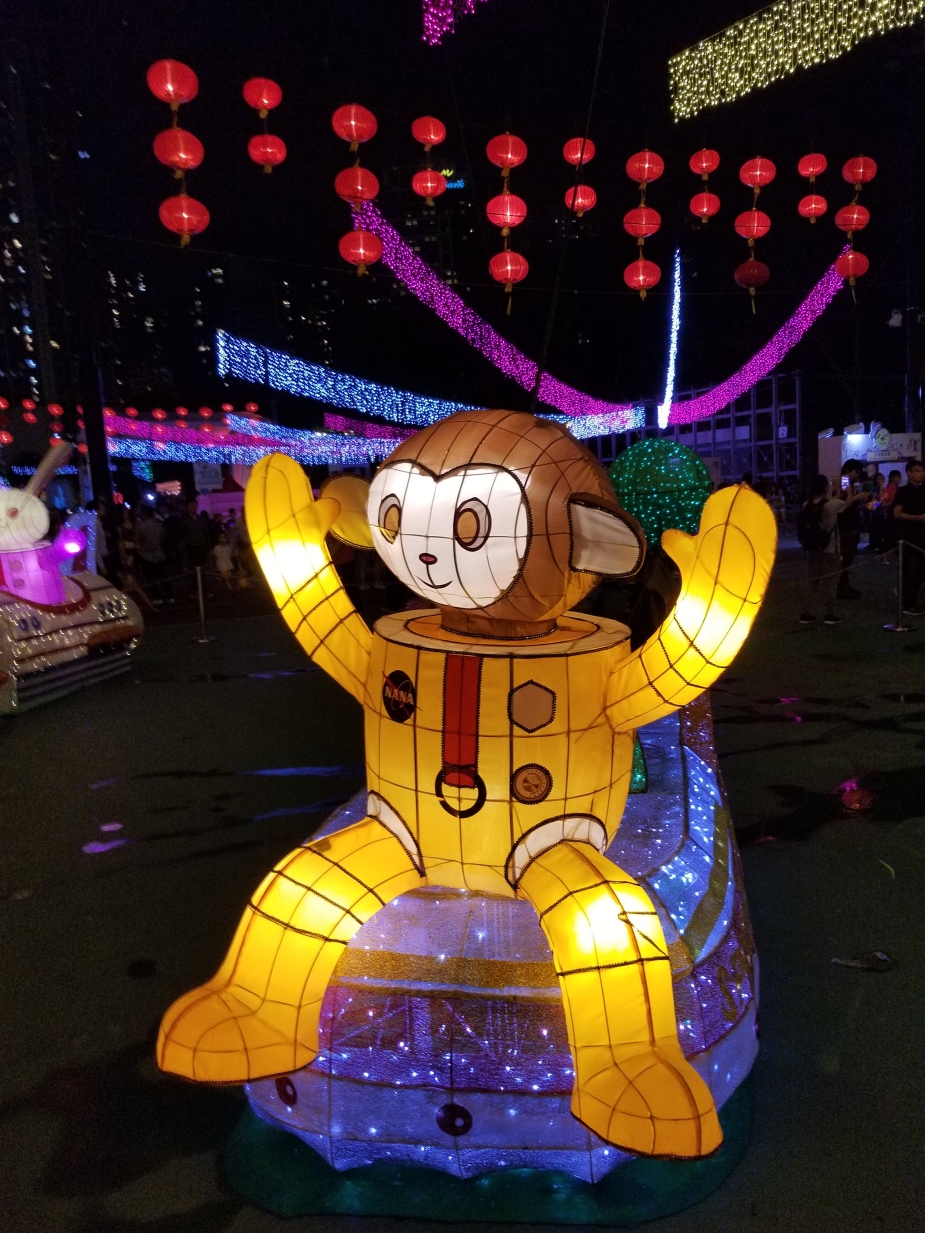 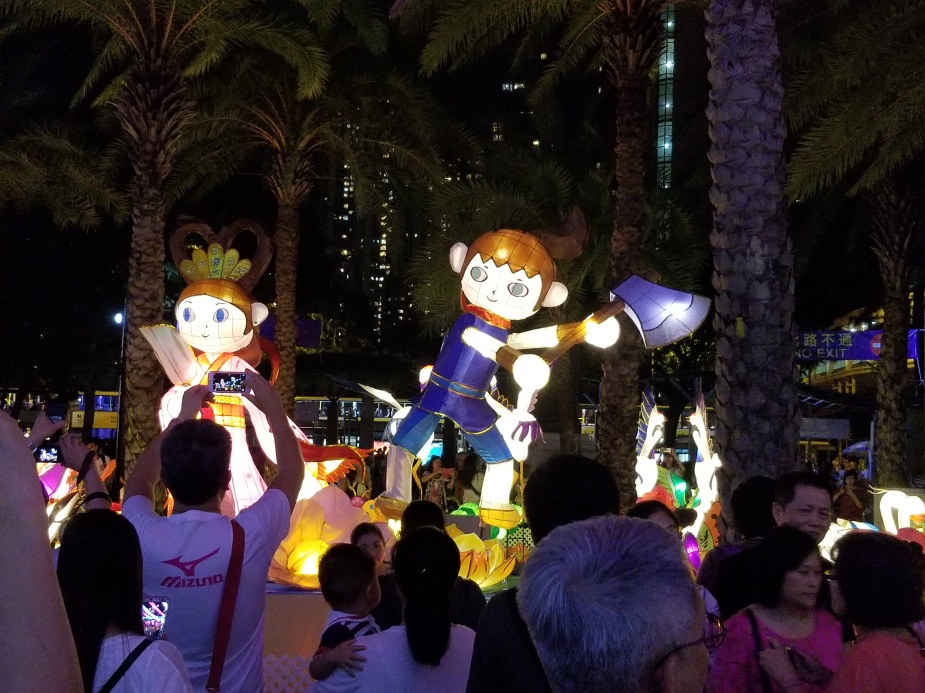 Before we left, we went to the far side of the park to see the Tai Hang Fire Dragon Dance. It was packed, but fortunately we got a decent spot and I’m on the taller side of the average height, so I could see the smoke coming from the lit fire and the tops of the dragons. They circled around a few times, the repetition made some people leave and others take their place to get a better view. Overall, I’d say it’s definitely worthwhile to see the festivities.

We got Thursday off to spend time with our families and enjoy the holiday. My friends and I went to Mongkok to go shopping and I ended up spending a lot of money on skincare and trying out some new food combinations (egg puffs with some local fruit and waffles with peanut butter and condensed milk). We also got to watch some street performances, including an old man who did cool tricks while pulling some Michael Jackson moves. In the end, I had to leave early because I had to go to dance practice from 7 to 10pm.

At dance practice, we were learning a new routine for the joint mass dance with other universities in late November. One of the songs they chose was a song released in 2001 that was famous in Hong Kong. It’s an upbeat song that evokes a party mood and is fun to dance to. I’m very nervous about juggling everything here at HKUST; between traveling, dance practice, and track practice, I am worried about finding time to meet up with my different groups for our group projects. I don’t regret joining any of these clubs or planning trips, and I don’t plan to quit any of them either. In this one semester in HKUST, I feel like I’ve been the most involved I’ve ever been with sports. I also think that being so involved will lead to me learning more Cantonese—I already know how to count to ten!

View all posts by Julie Soderstrom