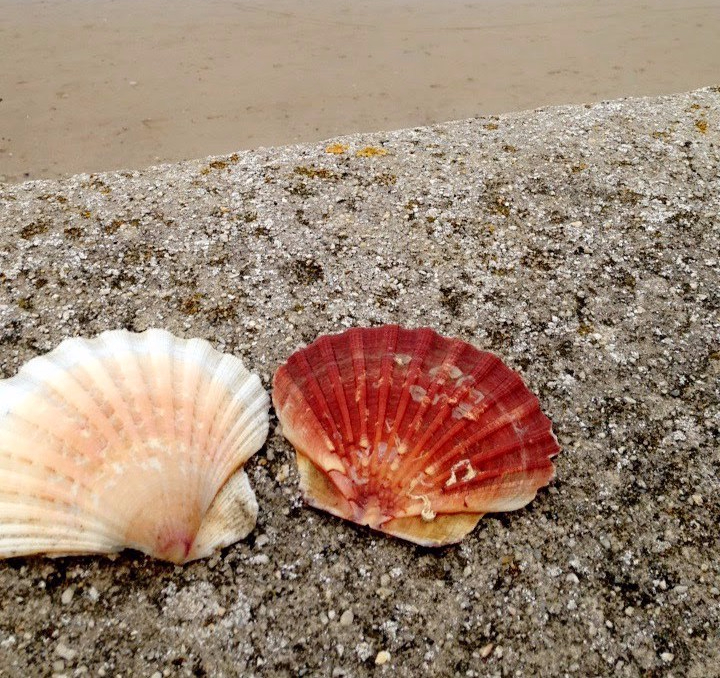 The CIEE Rennes program includes excursions to Cornouaille, Normandy, and Nantes. Recently, we had our excursion to Normandy. Our first stop was the Normandy Memorial Museum in Caen. This museum had extensive exhibits on World War II, The D-Day landings, and the Battle of Normandy, as well as gardens commemorating the United States, Great Britain, and Canada. Everything in the exhibits was captioned in French, English, and German. The museum was incredibly interesting and also incredibly heavy. It was almost difficult to read everything laid out all at once. And I realized there was so much more to World War II than I was taught in the American school system.

After the museum, we went to an IMAX movie theater. We were momentarily confused to see that there were no seats in the theater, but once the film began, we noticed there were nine big screens wrapping all the way around the walls. One second we’d be looking straight ahead, and the next we’d be looking left, or right, or behind ourselves. Comprised of World War II footage from France, Great Britain, Canada, the U.S., and Germany, it showed the good, the bad, and the ugly, and it was unlike any movie-going experience I’d had before.

Our final stop for the day was the actual beach, where we walked, collected seashells, and munched on street crepes. The next day, we visited the American Cemetery in Normandy, which housed a museum, a monument, and rows upon rows of white, uniform, headstones. As my friend noted, there were more people than you’d ever meet, laid to rest in that graveyard. It was a very solemn outing, and it was hard to wrap my head around all the death and destruction that had occurred. 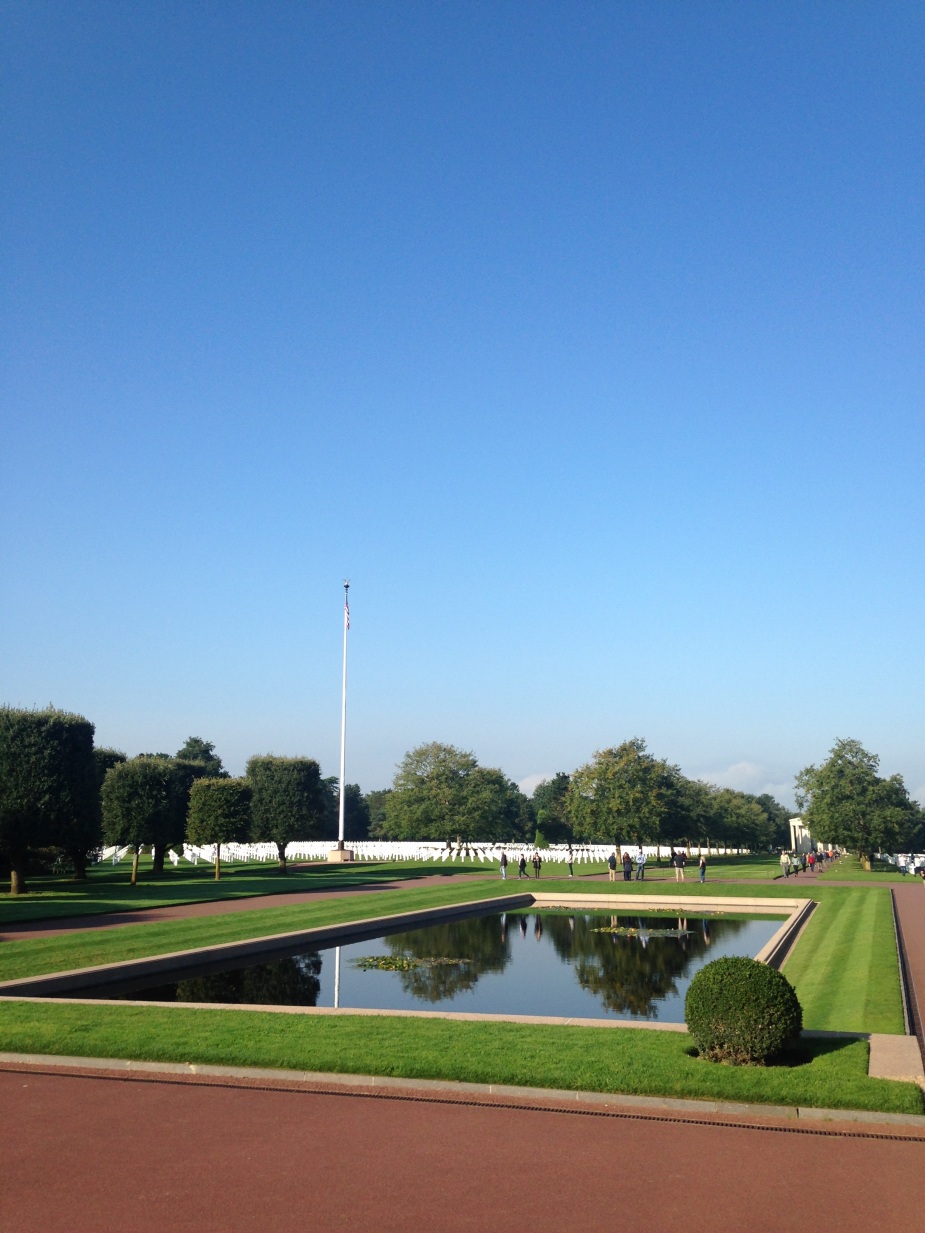 One thing that stood out that weekend in Normandy, was that the various gift shops sold a lot of pro-America merchandise. There were postcards for the different branches of the U.S. army and all sorts of hats, mugs, and t-shirts adorned with the American flag. The flag was a common symbol that weekend. In fact, I probably saw more American flags in Normandy than French ones. They were accompanied by a lot of plaques and signs written in English, donning phrases such as “Thank you to our liberators.”

As an American, walking through Normandy, and relearning the history through the lense of the French, I felt conflicting sensations of pride and shame. The gratitude towards America was so strong, that I couldn’t help but to feel slightly proud of my country. But when stepping back into reality, it was clear that America is not always the good guy. In fact, when I returned home that night, I caught the end of an interview with the French president, Emmanuel Macron. It was Macron’s first interview with journalists since becoming president, and he was asked about France’s relationship with the United States, now that the ideals of the two countries differed greatly. The reporters cited examples like climate change and high tensions with North Korea. It was hard to hear the question posed that way, to hear what America’s ideals have become. But the president answered in a way that was very fitting to the tone of my weekend: “The United States are our allies.”

View all posts by Heather Heim