When people think of Hong Kong, they think of an island with a lot of high-rise buildings. Yes there are many tall residential and corporate buildings everywhere, but there are some parts that aren’t as built up as the rest. Since being here, I have noticed that Hong Kong is very environmentally conscious. There are a lot of parks within every residential area, where you can see children playing in the afternoon, people relaxing throughout the day, or see the elderly doing tàijíquán (Tai Chi) in the early morning before the busy fast moving Hong Kong day. Most of the parks that I have seen have some exercise equipment for the elderly to use also to stay healthy and active. There are a number of parks in Sai Kung that are reserved as national parks to preserve the natural resources of Hong Kong. Throughout Hong Kong there are many geographical parks (“Hong Kong UNESCO Global Geopark”) that people can visit to see the natural beauty of Hong Kong.

The GSPO office set up tours to take students to two different parks, depending on when exchange students signed up determined what Geopark was visited. The Geopark that we visited was the East Dam Geo Trail, where we got to see the famous hexagonal rock columns and walk along the dam that separates the Pacific Ocean from the High Island Reservoir. During the bus ride to the Geo-Trail, we passed by the hiking trial. On our tour, the guide explained to us the significance of the hexagonal rock columns and gave really fun demos about how they were formed. He told us about all of the different Geoparks in Hong Kong and how each of them are uniquely different and which rock structure category they fell into. There are two different regions that make up the park, hexagonal rock columns in the Sai Kung region, where we went and the sedimentary rocks that are in the Northeast New Territories region. 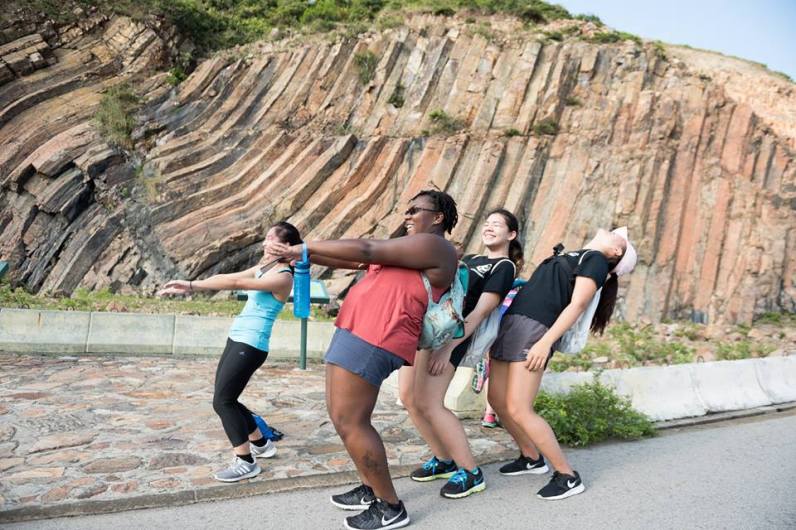 He told us how Po Pin Chau was formed from Fa Shan, through the waves crashing against it to create a sea cave, then a sea arch, and eventually a sea stack, which is now Po Pin Chau. He pointed out that Fa Shan had another sea cave on its side, which will eventually become a sea stack and make another separate piece of land. He made the experience very interactive and I was having so much fun. Since we all were having fun, we wanted to “be one with the rocks” so we curved our bodies the way that they rocks were going and it was hilarious. The photographer thought it was a great photo opportunity and had us all pose for a picture to share with the whole university. When we got closer to the end of the tour, we got to take pictures of the different minerals in the rocks using a special lens that our guide brought along on the tour. At the end of the tour we went on a dock where there was a beautiful sea cave that you can look into and examine the different rock structures within it. 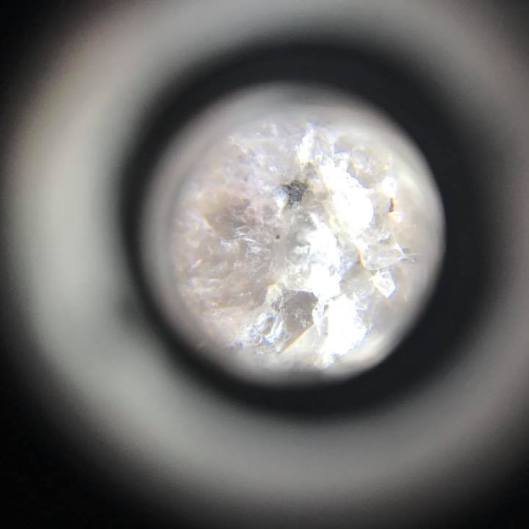 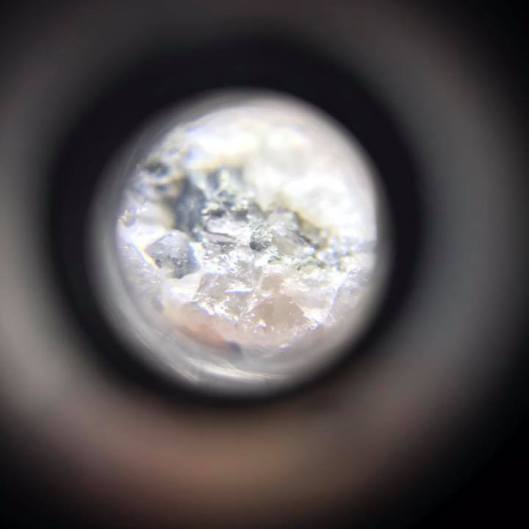 The tour was very engaging and showed the beauty of Hong Kong as an island other than a bustling metropolitan. It was really nice to get out in nature and enjoy the fresh air. The experience was very different from the hiking trials in Hong Kong because it was more relaxed. Going on the tour, brought back memories when I was younger and would go on field trips just like this one to learn about the natural resources and structures in New York State. I was glad that I got to go on the tour because since Hong Kong is comprised of many islands, I knew that I would be able to see the beautiful natural places that Hong Kong holds dear.

View all posts by Meghan Pierce