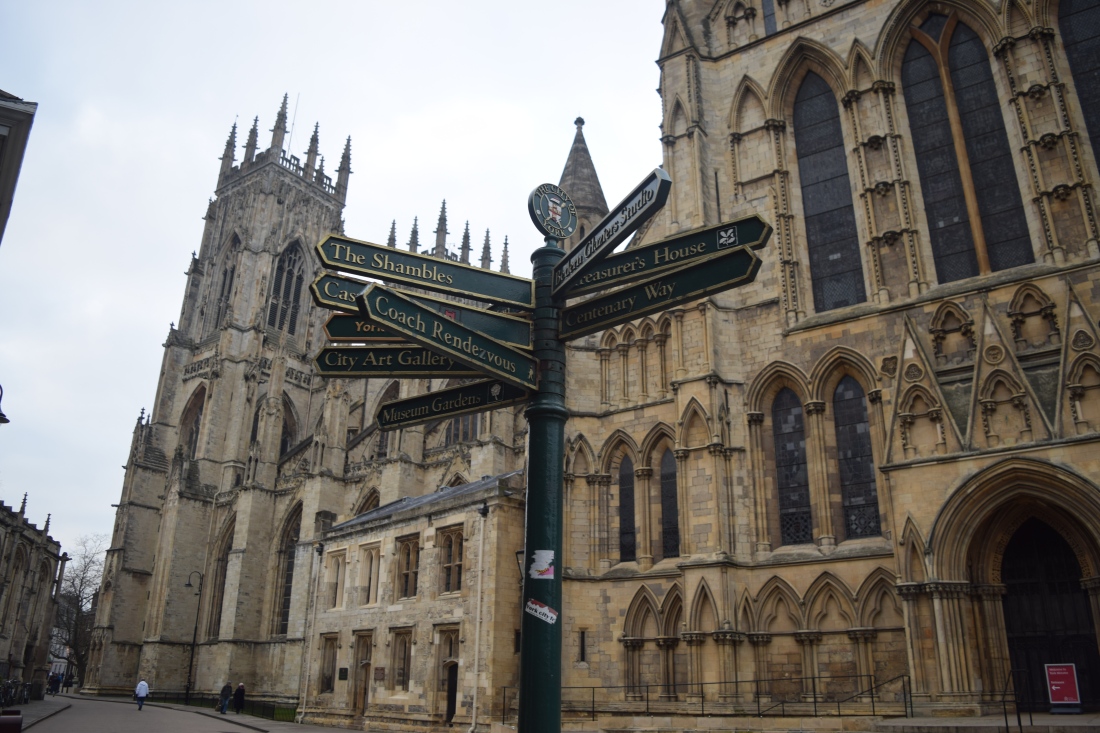 In a previous blog, I mentioned that it took me a little too long to get off campus and go explore the city center. As eager as I was to go explore, I was very nervous. Public transport is not something I would necessarily call a “friend” of mine… That, my friends, is another story for another day. 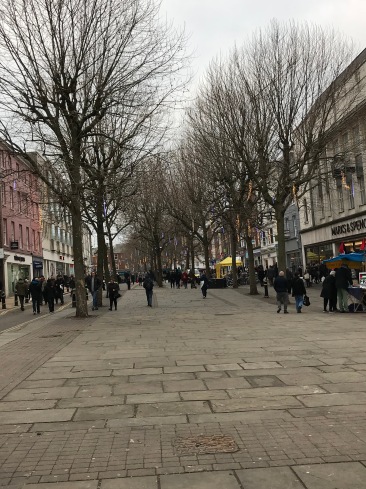 Lights scattered throughout the trees

I had to wait until one of my floor mates was going to the city until I was ready to go down. I would have asked one of the exchange friends, but it is bad having one foreigner lost in the middle of the country let alone two. That being said, my first time was a very meaningless and blasé visit to the city to get some essential products at Primark. (Fact: Primark is the best store in the world. End fact.) And I loved every second of it!

We get in the bus right outside of the dorm and head down to the city. (The buses were so easy to use. I could have easily used them alone if I was brave enough.) Within a span of eight minutes, I was in a completely different world. Once off the quite streets of the university, you encounter crowds of dozens of people going about their day set to a background of century old buildings in what looks like a scene from any film based in Britain. EVER. I was awestruck. 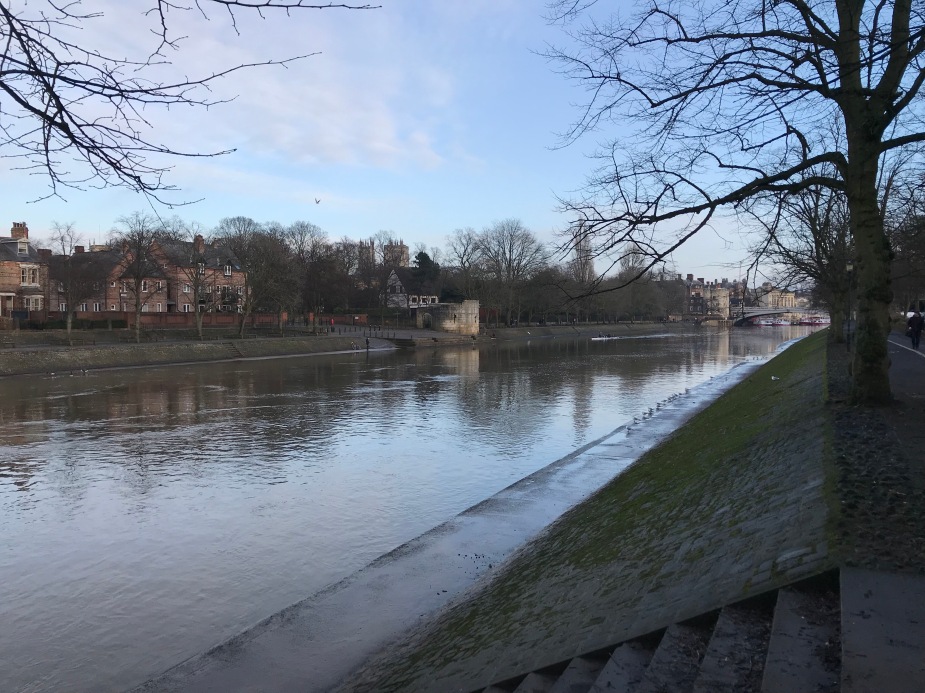 You know how we all have that quintessential imagine in our head of what we believe England to look like? Well, York is literally that definition. The city is almost exclusively brick and stone buildings that date back to the Vikings. The city has done a marvelous job staying true to that old English vibe, because it is easy to get lost in time when you roam the endless nooks and crannies of this ancient city. 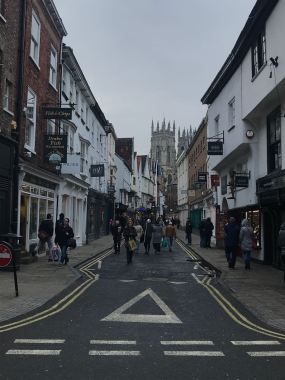 The York Minster in the background

We got off the bus and just started spinning around in circles trying to take in all of the sights, sounds, and sensations that overcame me. After about six full 360 degree turns, I was reeled back into reality when my mate grabbed me and said, “You haven’t even seen anything yet.” (It amazes me I was already blown away by the first step off the bus and how use to all of it the Brits are.)

As we made our way to Primark, the streets began to change. Once in a crowded area, I found myself surrounded by blue and white lights littered all over the trees while street performers fill the air with talented drum solos and some fabulous vocals. Right then is when my childhood desire to live in the UK fossilized into an actual reality. I will make it happen. The way the streets flow with such warmth on the coldest winter days make anyone who walks in York just feel so at home. 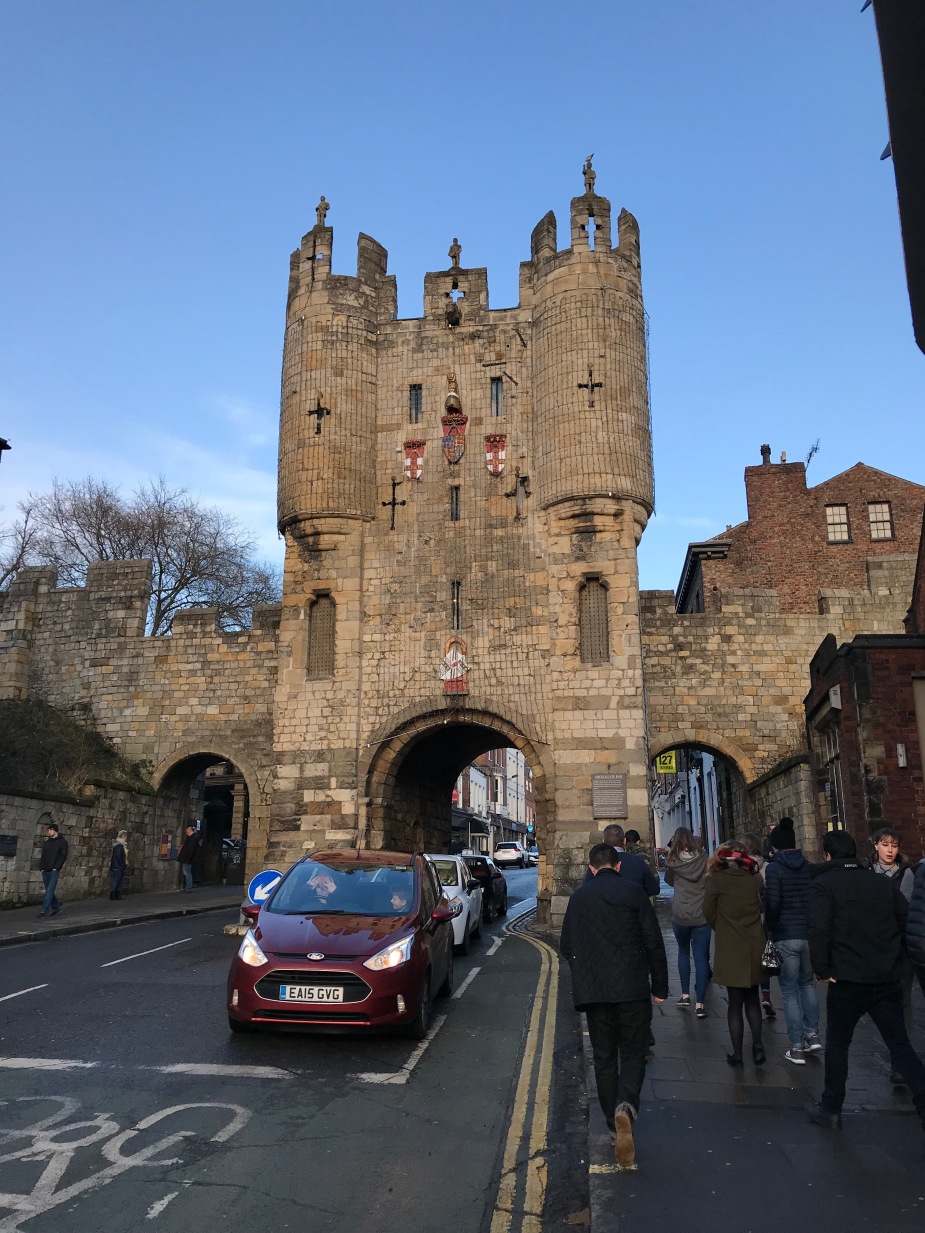 One of the old entrances into the cold city walls

At this time, we had already visited Primark and had to make my unwanted journey back to campus. I managed to walk us by the Yorkshire Minster which is an undeniably magnificent cathedral in the heart of York that was built around 1220-1472. (I will never be able to wrap my mind around how old all this stuff is here).  This beautiful mammoth of building easily rivals any cathedral in the world for elegance and grace. This was easily the highlight of my first trip.

Although the first encounter with the city was a mere errand that needed to be ran, any reason to visit this city will leave me, and any visitor, satisfied. City of York=Stunning 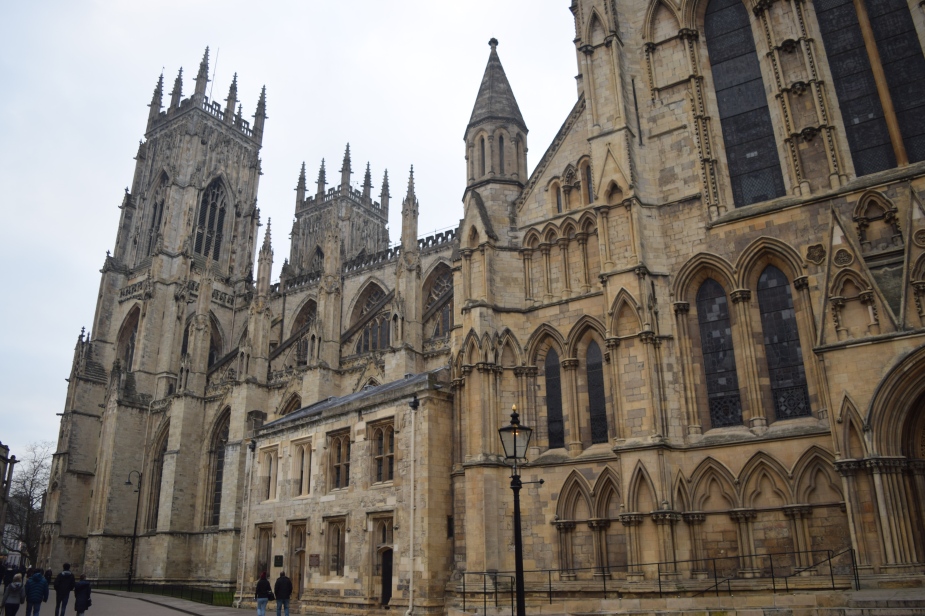