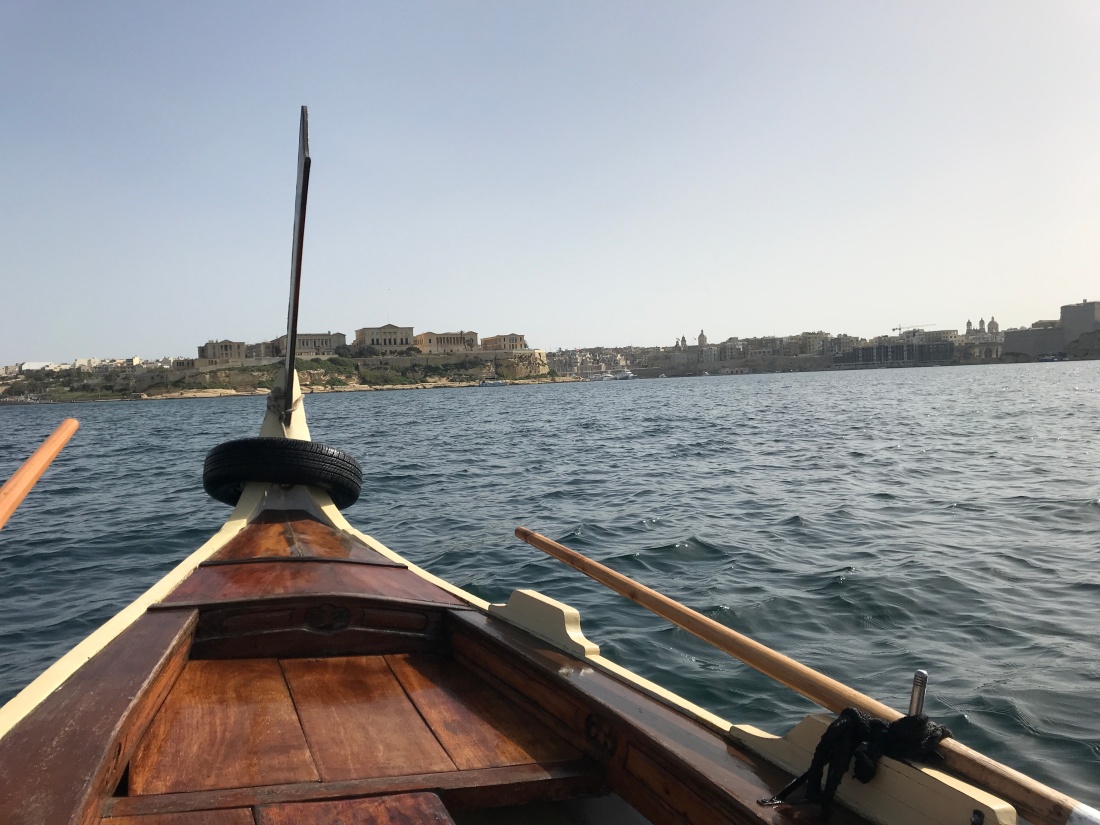 During my study abroad experience I’ve been lucky enough to take some of my weekends to travel around Europe. So far I’ve been able to experience a great mix of what Europe has to offer. I’ve found myself in city life in Amsterdam, in the skiing world of the French Alps and most recently the island country of Malta! Malta is an island country in the Mediterranean Sea. Just south of Italy and just north of Libya, it is a country that has a rich history of outside influences, but an extremely strong national identity. The island itself is quite large, so I was able to explore two of the cities, Sliema and Valetta. Valetta is the capital and was where I spent most of my weekend. It’s filled with gorgeous architecture, historical buildings and wonderful food.

One thing I didn’t expect about the city were all of the hills I would be walking up and down. There were stairs carved into the sidewalks to make it easier as well. But it was worth it to see all of the gorgeous buildings. As I was there, I learned that Malta was an island of strategic value in many wars throughout history. When walking around the city I stumbled across St.George’s Square where there is a palace. On the palace walls are plaques in tons of languages, offering thanks to the Malta for being a powerful ally in many wars. I also stumbled across walls surrounding the cities that were built in the 1600s by Roman armies, there are even Roman baths cut into the coast that are free to take a dip in. Unfortunately the water was way too cold for this, even though it was a warm 60 degrees out, (much warmer than snowy London that weekend). But it was still beautiful to explore all of the rock paths around the city, and take a seat in the sun just to stare out into the blue sea. 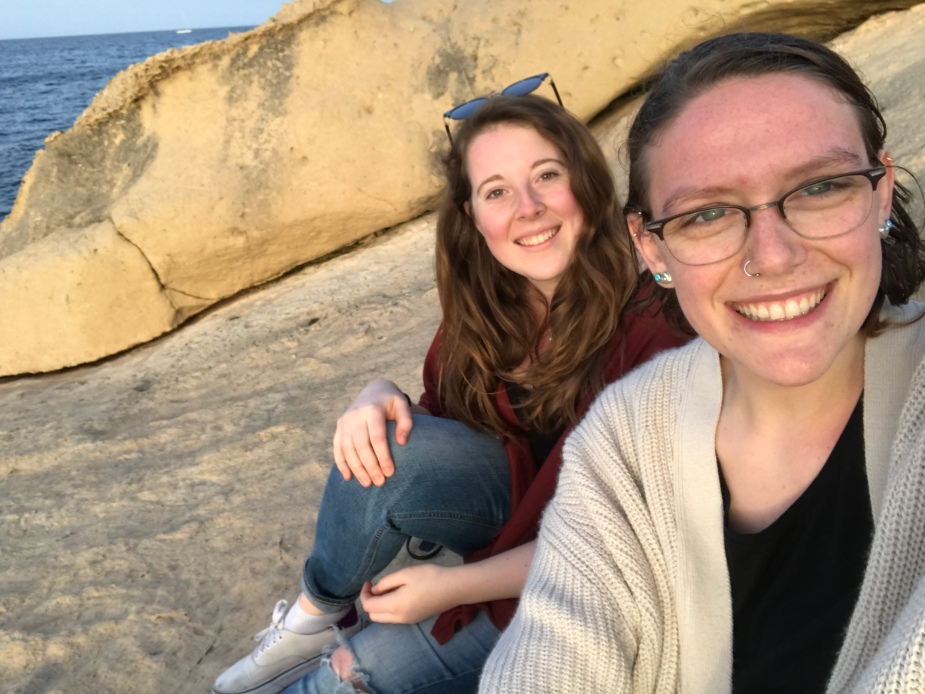 (me and fellow Drexel student Halleli!)

I was very happy to wander around the entire coast of the city of Valetta, and be able to find some water taxis that took us around the harbor. Even though it may have been quite a touristy thing to do, I highly recommend it. It was really nice to be able to be so close to the water and see all of the historic fortifications surrounding the island a little more up close. Our taxi drivers, or sailors I should say, were also very kind.

Malta not only had incredible sights to see, but amazing food. One of the best things I tried, besides fresh pasta and fish, was the traditional pastry pastizzi, a fluffy, delightful cheese filled pastry that was less than one euro! Malta was surprisingly affordable compared to other places I’ve travelled in Europe, probably because this time of year to go to an island is more quiet than the summer. 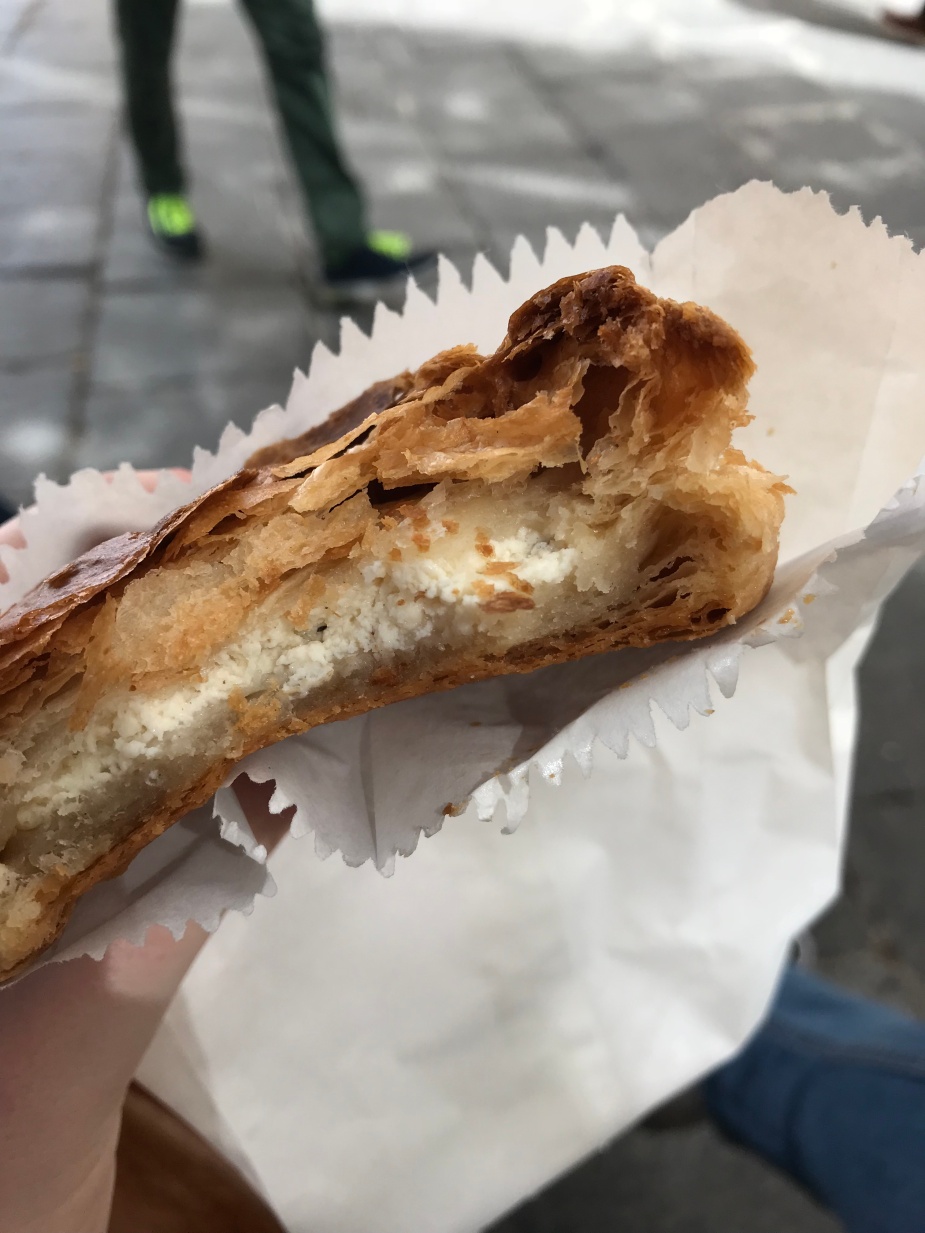 My favorite thing about Malta was how walkable it was, and every corner had some interesting architecture or gorgeous view of the Mediterranean. It was quite an affordable weekend get away from some of the gloomy London weather, and really allowed me to see a different side of Europe that I never thought I would be able to see. Oh, and one more major plus to visiting Malta, cats!