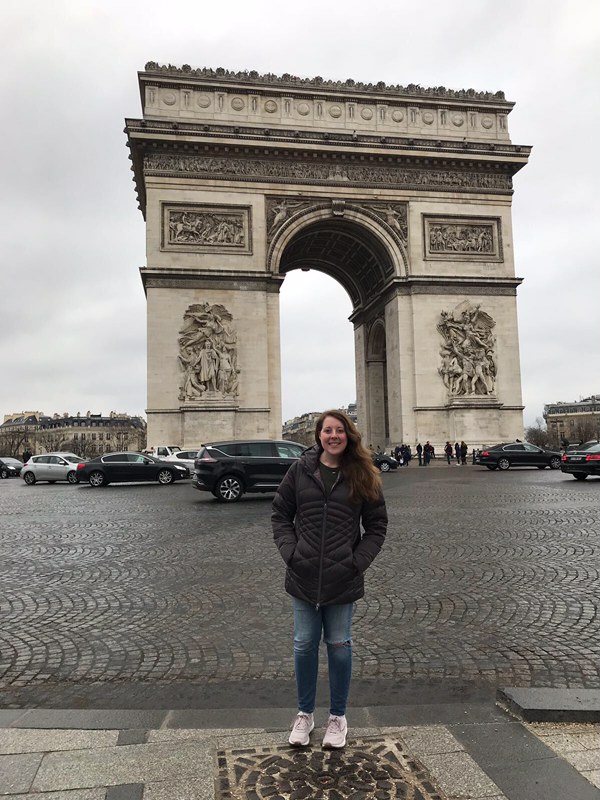 Traveling alone. Something I never saw myself doing. And yet while I was away in London I decided to travel to Paris for a weekend alone. I was never against the idea, but always enjoyed the company of other people so I really didn’t think I would like traveling by myself. Boy, was I wrong. 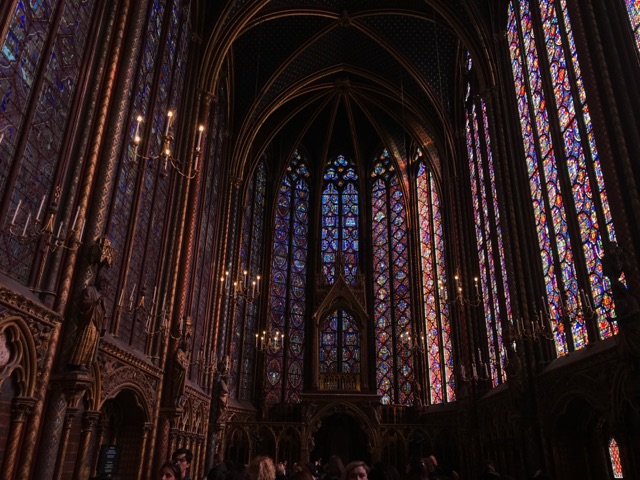 Traveling alone meant I was only responsible for one thing, myself! I didn’t have to worry about how someone else was doing the whole time. I didn’t have to worry if someone else was tired, or about what someone else wanted to do versus what I wanted to do. I got to plan out my entire trip exactly the way I wanted to do it, and according to many friends I’ve talked to, I pretty much did all of Paris in two days. Other friends I have who have traveled to Paris barely saw half of the things I saw around the city, because of all the people they travelled with. Now I’m not saying don’t travel with friends, but for a quick trip with a lot of sightseeing I don’t think going with a lot of people is the best plan. Being alone also gave me to opportunity to reconnect with my Au Pair from childhood! That may have been awkward for a friend to experience. 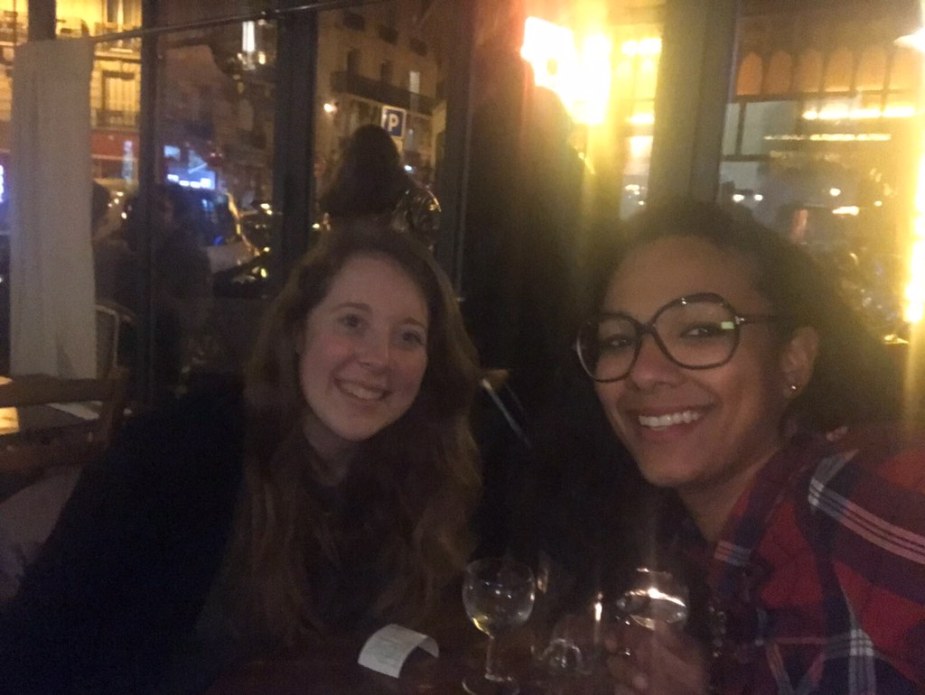 After ten years of her watching me grow up on Facebook, and me watching her music career online, we finally reconnected! It was such a great experience and I’m really happy I was able to see someone who was a big part of my young life again. I honestly never thought I would see her again! Not only was this a great reunion but since she lives near Paris I got an inside look at the city, and even went out with her and her friends, giving me the chance to experience the local atmosphere. If I had brought friends with me, they probably wouldn’t have minded meeting up with her, but it was a better reunion to have alone.

After that day and reunion, I had an entire day to myself and I was ecstatic. I ended up in a very nice hostel close to a metro stop and had everything loosely planned out. My biggest tip for traveling somewhere alone is to take a walking tour to start off the day. Many big cities have free walking tours you can hop on that really give you an inside look of the city. I started each day with a walking tour in different parts of the city, and it brought me to places I didn’t even know I wanted to see! 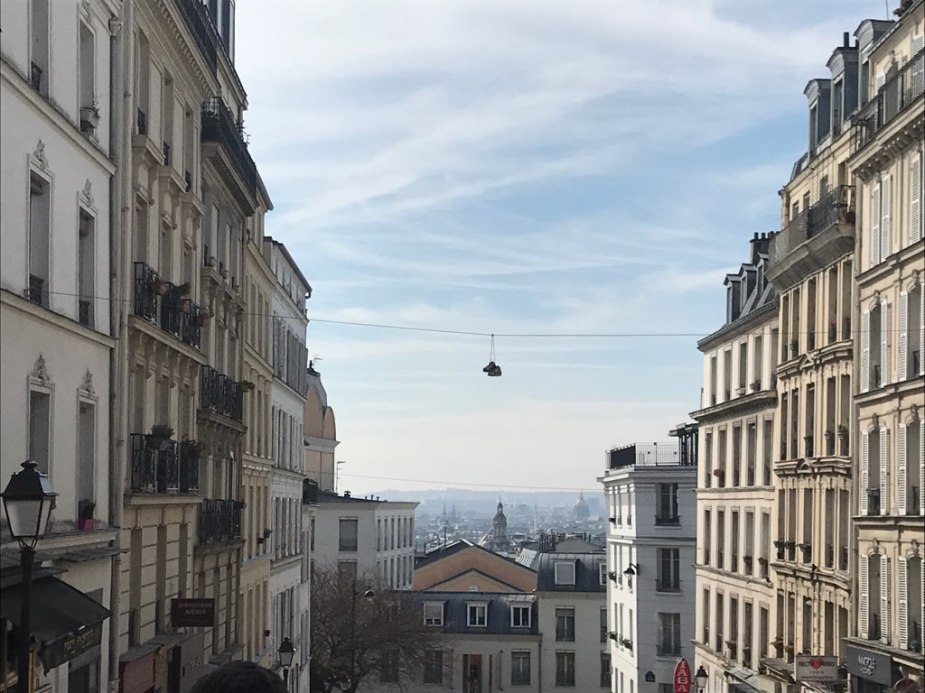 The area of Montmarte ended up being my favorite part of the city. I started exploring the area on a walking tour and continued to walk around on my own afterwards. The good thing about being in walking tour areas is they are a little more touristy, which isn’t always the best, but it does mean there are also a lot of people who may not speak French, like me, so I didn’t feel too out of place and honestly felt safe. I bought cheese and a baguette and sat by this view to eat them for lunch before deciding when I wanted to head off to my next stop. In all, traveling alone in Paris allowed me to hit all the sights, the Eiffel Tower, Notre Dame, Saint Chappelle, and the Musee d’Orsay. Now some people were shocked I didn’t go into the Louvre, but that was my decision so I could have time to see everything else, and it was the right call.

Traveling alone was invigorating and I really recommend everyone try it once. I think going to another big city was a good idea for the sake of ease and safety. Subway systems are easy to use in any city if you are used to them, and a city that is used to tourists will have people who are willing to help you figure out where you’re going if you ask nicely. I didn’t feel nervous or unsafe at any point in my trip and had an incredible time exploring Paris alone. 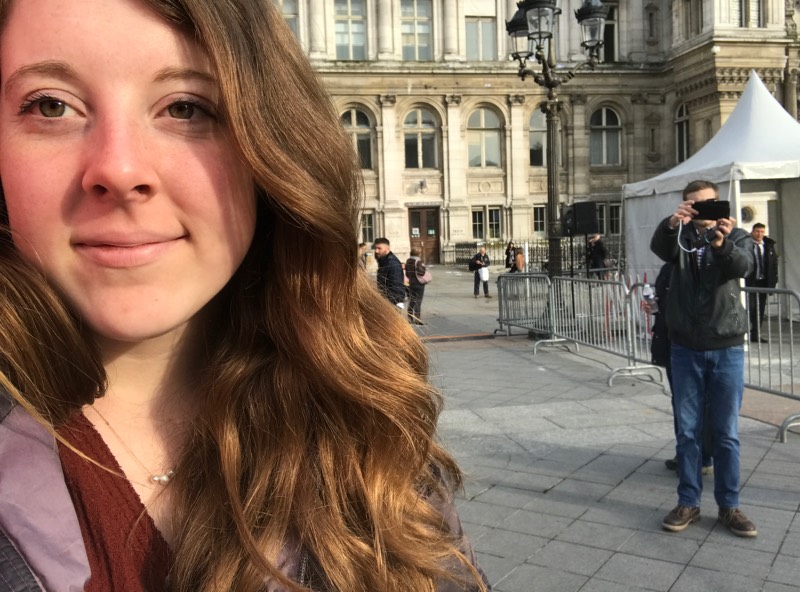