It’s because of locations like Seoul Forest that I feel grateful to be a Hanyang University student. A mere 20 minute walk away (or one subway stop) is one of the most beautiful parks I have ever seen in my life. One weekend afternoon, my friends and I were considering going to Lotte World. However, it was an exhausting week so we decided to find a more relaxing activity, such as exploring the area around us. I have no regrets, as it was one of those blissful days that make you wonder why everyday wasn’t like that.

On our walk there, we discovered a place called “Understand Avenue”. It wasn’t something we expected at all but it was interesting to walk through. It was a small area that seemed to have been built from shipping crates and turned into independent stores. I spotted a few cafes, some clothing stores, and more.

Upon hearing that Seoul Forest was a park, I expected just an open area of grass, maybe some tables and benches. But I was surprised with so much more. It was more like an interactive outdoor museum than a plain, old park. There were statues, art pieces, by the entrance of the park. A stadium with a painted piano, a playground with a huge human-like structure that kids could climb through (yes, we climbed through it), ponds and dams that were scattered throughout the area (one of which was called the Wishing Waterfall).  There was a small petting zoo with bunnies, a stretching area where a pole that measured how high you could jump entertained us for about an hour, a butterfly and insect garden, a river full of fish, and so, so much more. There was so much that it took us a whole day to look around and we’ll probably come back for more another time. An amazing amount of dandelion pollen was floating through the air, which looked as beautiful as drifting snow, but might be an issue during the spring should you have allergies. 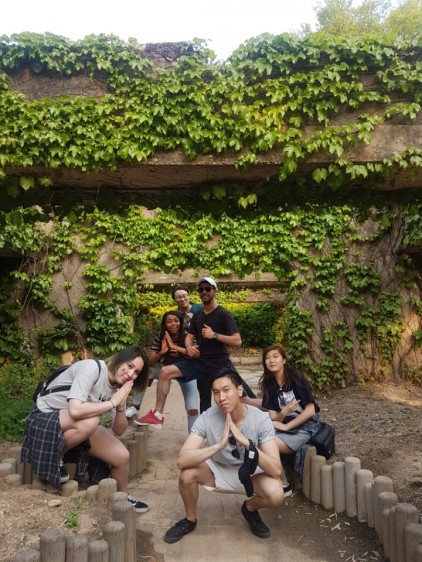 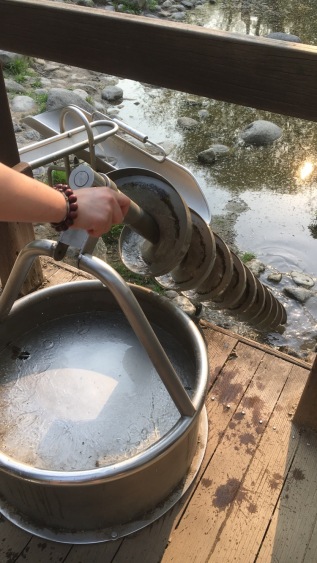 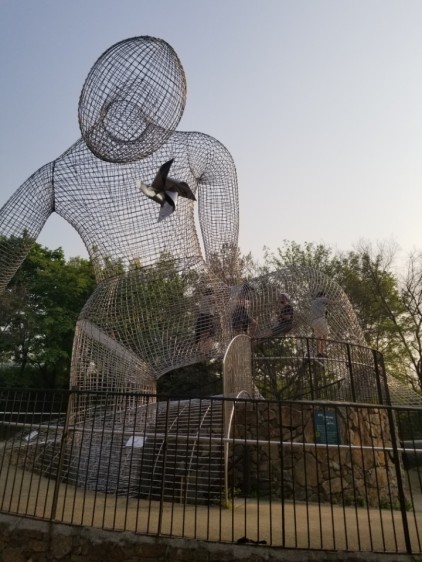 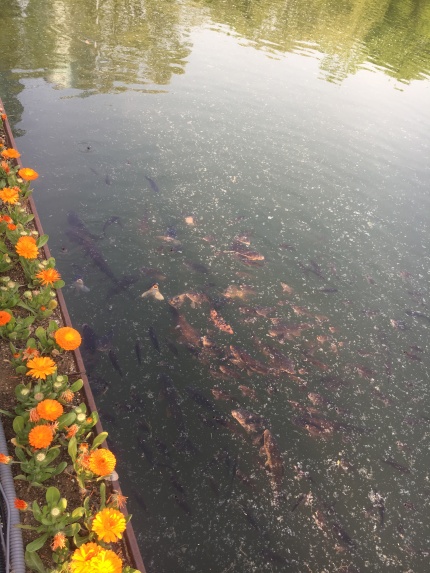 On the walk back, we went back another pathway, passing through a bridge going over the park’s open, wild area for deer. We didn’t know it at the time, but this bridge led us towards the Han river, the biggest river in Seoul. We were just in time to see the sun setting. Some particularly famous activities to do by the Han river is to bike along the edge or to have a picnic with chicken and beer. 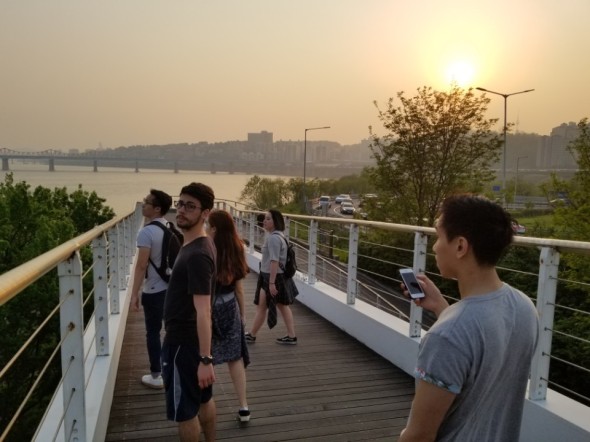 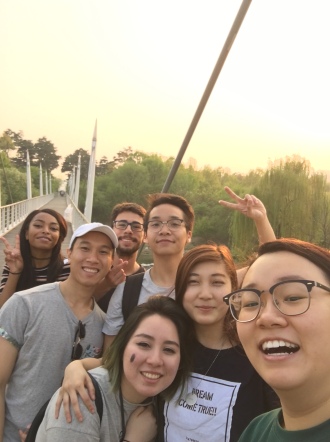 Overall, it was a great day and somewhere I recommend to go if you need some time to relax and just talk!