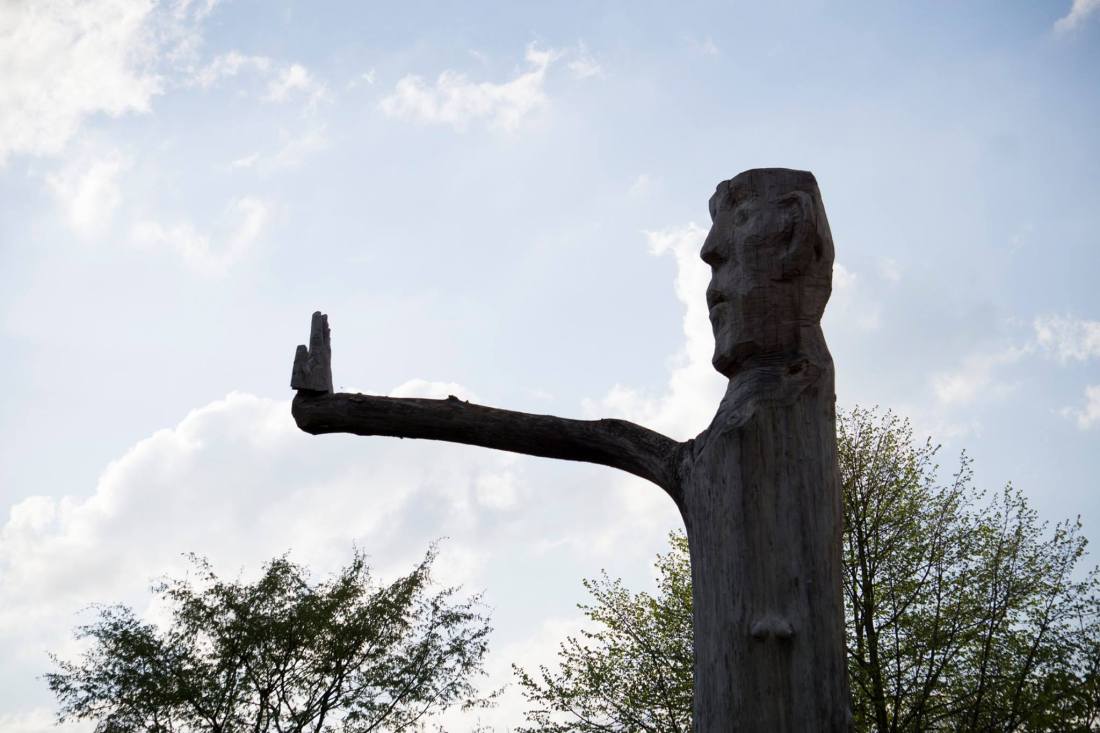 “Are you American?” That is one question I have been on the receiving end of multiple times while abroad. At the beginning of the term while I was trying to register for sports I was joking around with the employees at the desk like I always do. After the interaction, I was approached by another man who appeared to be my age. It turns out that the man used to live in America and he could easily tell that I was from there. He spoke about how he felt that a lot of people in Germany don’t really talk with employees. It’s mostly all just business. It’s surprising that something I’m so used to doing is thought of as odd to some people.

Now the main contributing factor of why I’m usually identified as an American is because of my accent. The way that I speak and my vernacular are definitely a product of me residing in the United States. However, that’s not the only reason why some people in Germany have identified me as an American. On numerous occasions, people in Germany seem to think that I embody a lot of the criteria of what it means to be American. When this topic comes up I try to take the opportunity to ask what they think about America. Quick disclaimer! These answers are not representative of all of Germany or how everyone from the outside perceives Americans. These are just some of the answers from a few people I’ve talked to.

Student 1: “I think of freedom. A place where there is freedom of thought, religion, and where differences are accepted. When I think of the American people, I think of them all being very happy all of the time. I also think of all of the people being very open-minded and friendly.”

Student 2: “I think of Americans to be kind of ignorant and self-centered. For instance how you address your country as America. You do not live in the only America! There is North America and South America, it’s not only you. Also, it seems Americans don’t try to learn too much about other languages. English is basically the language of the world so it’s not completely necessary for you guys to learn other languages, but you still should just like we do!”

I find interesting how far products of America have spread across the world. Inside the clubs, a lot of the music that is played is from American artists. American movies and television are also well known throughout the general population of people I have met. Many of the people I have met in the city of Bochum have never met an American before. That makes sense. How many people from the United States make their destination to a small city in Germany like Bochum? Not just Bochum, but many of the small cities anywhere around the world. However, the power of media and the power of advertising is extremely robust. Whether people want to admit or not, it has an effect on how people from the United States are viewed.

There was one more interesting quote that was said to me while I was here in Germany. I asked someone I’ve spent time with while I’ve been here what they thought I would be like before knowing me? Is it what you expected? The answer I received was this, “You’re exactly how I thought a Black-American would be like. Just like the movies!” I’m not going to expound on the interaction any more than that.

With everyone I talked to, I made it a point to try to help them understand that the United States is extremely large. And the generalizations that they have whether they are negative or positive are not going to be true for everyone they meet. If they came to the United States with multiple preconceived notions, then they would surely be subjected to a rude awakening. I have to admit, I’m guilty of coming to Germany with a small stereotypical idea of how the people would be like. But after arriving and living here many of the ideas I had were shattered by multiple different individuals. I know as humans it is in our nature to make quick judgments about people. But it is very important that people are given the chance to show who they are.

*The picture provided in the featured image is a figure that is erect on campus. It was taken by the wonderful Luke Misthal.*

I'm studying abroad in Bochum, Germany over the Drexel Spring term of 2018. I'm elated to embark on a new experience. View all posts by Samuel Opawumi