After a very serious weekend in Northern Ireland, we decided that it was time to do something a bit silly. A group of MyIreland students got together to take the DoDublin Ghostbus Tour. Guided by actors, the tour takes you to a few locations around the city with a creepy history.

As soon as we got on the bus, it was very dark and decorated with spooky cobwebs and creepy dolls. Immediately, an actor jumped out and scared the daylight out of us but we all had a good laugh about it. The seating area of the bus is blacked out with curtains so you can’t see where you are headed until you arrive.

The first stop was the Royal College of Surgeons. Our guide Nick explained to us that during the 18th and 19th centuries, body snatching became an epidemic. Bodies that were donated to science were few and far between, so doctors and medical schools began paying people to rob graves. Often times, it was medical students looking for a little extra money, but Nick informed us that even some young children were in on the trade.

At the height of the body snatching epidemic, bodies were going for €10, which was a great deal of money at the time. Doctor Samuel Clossey, head of the practice of medicine in Trinity College 1786 to 1803, was famously known for buying stolen bodies. He even used them for some of his own after-hours experiments.

Our next stop was at Dublin Castle to explore the medieval chambers lying underneath it. These ruins were uncovered by archaeologists in the 1980’s and date back to the Vikings. The creepiest part is that when archaeologists discovered the ruins, they also found a great deal of Viking skeletons, most likely people who had died trying to attack the castle. Archaeologists who worked on the dig reported experiencing paranormal activity such as the sights and sounds of ghostly beings. 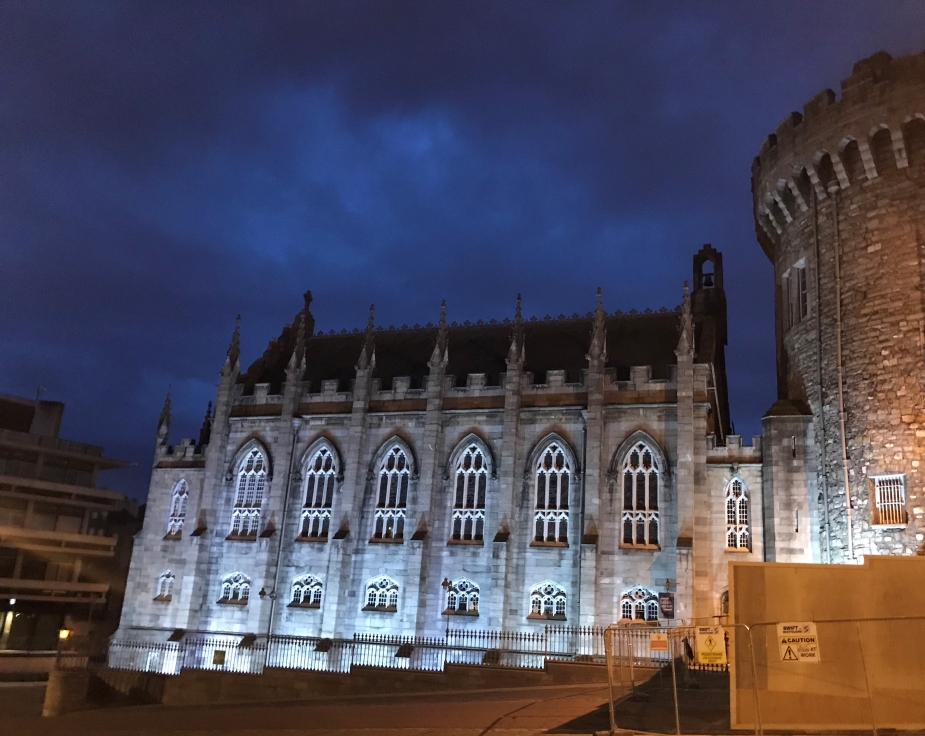 Another person who had experienced ghostly visions at Dublin Castle? Bram Stoker. Yes, the famous Irish author of Dracula actually worked at Dublin Castle as a tax collector for years. Nick told us that a man who worked security would often find him writing in his office late at night. One time, the security worker noticed that Stoker looked like he was being harassed by someone in his office, but when he went to ask Stoker if he was okay, nobody else was there. Stoker blamed it on lack of sleep, but years later archaeologists experiences similar things. Could Bram Stoker have been haunted by the Vikings underneath his office? Maybe the dark experience even gave him some inspiration for Dracula.

Nick telling us about the Viking ruins under Dublin Castle.

Lastly, we were taken to St. Kevin’s Cemetery, now called St. Kevin’s park. Inside the ruins of a church that had been burned down multiple times, Nick showed us how Dr. Clossey would have his students snatch bodies. Nick had a volunteer lie in a coffin and demonstrated to us how the body snatchers would dig small holes and pull the bodies out with a hook. 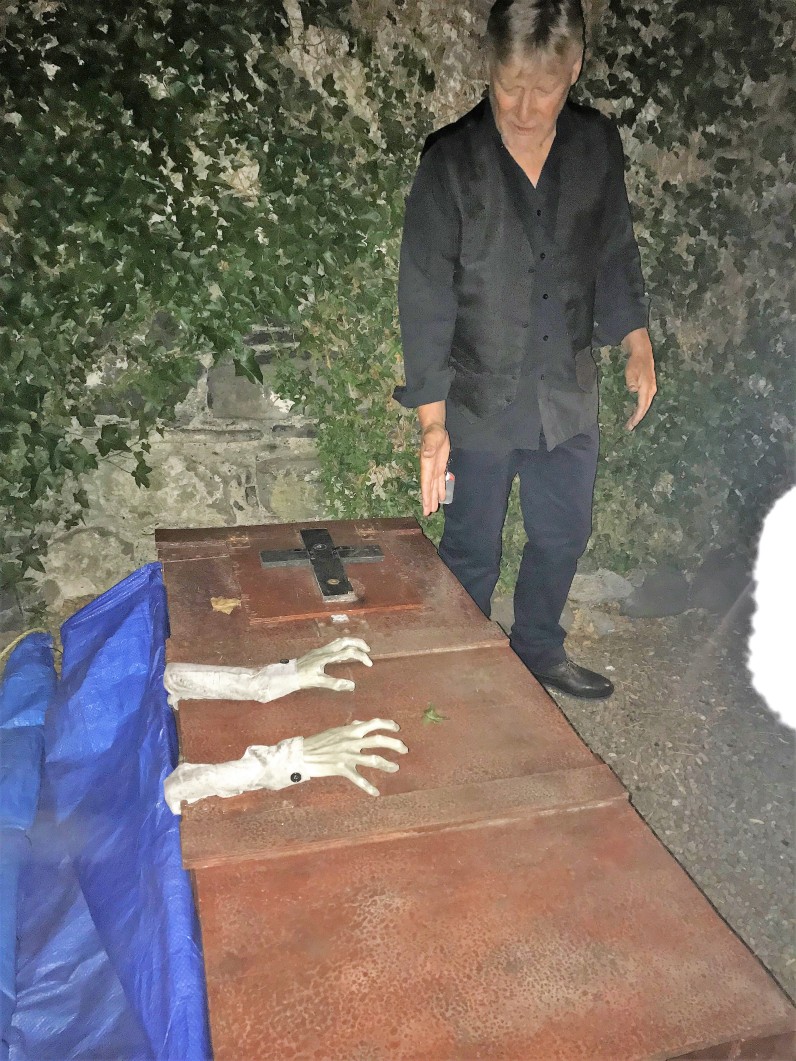 I had a wonderful time on this bus tour, and I highly recommend doing it at a later time because you really get the full experience in the dark. Not to worry if you scare easily. Thanks to our guide Nick, it was just as funny and informative as it was spooky!