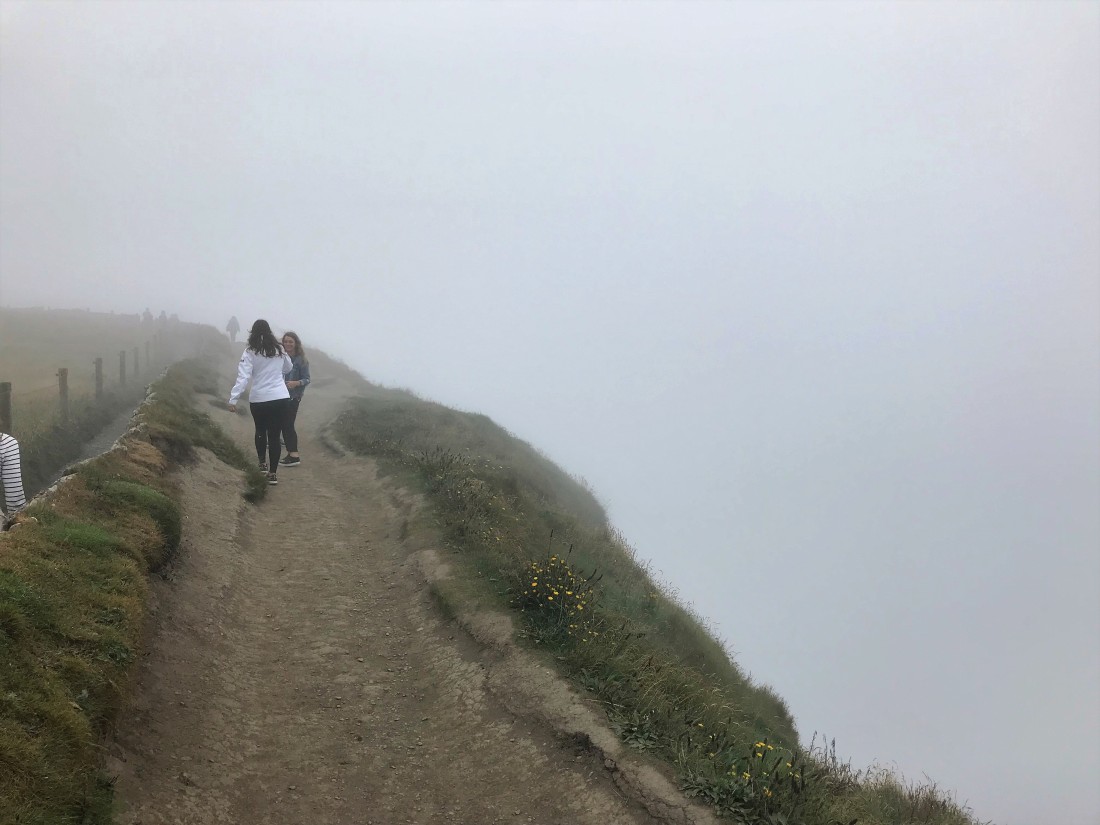 For our last weekend in Ireland, FIE took us on a bus trip through western Ireland. Over the weekend, we visited Cashel, Bantry, Kenmare, Killarney, Dingle, and the Cliffs of Moher. This trip took us through rural Ireland as well as the western coast to see some of Ireland’s most iconic views.

Our first stop was the Rock of Cashel, located in County Tipperary. In the 12th century, the King of Munster gave this castle to the church, and later a cathedral was built. For years, this place served as the home of the Archbishop of Cashel. The old cathedral no longer has a roof, but the entire structure still makes for a grand view, sitting atop a large hill. The area is adorned with Celtic crosses and there are remnants of a fresco that you can see in the chapel. After a day of traveling, we stopped in the small coastal town of Bantry, County Cork.

The next morning, we hit the road for more adventures. We headed off to County Kerry, stopping in rural Kenmare to visit Molly Gallivan’s Cottage. This cottage is around 200 years old, and shows visitors what life was like in rural Ireland in the days before modern technologies like electricity. From a farm full of donkeys and chickens, to a “poitin” (whiskey) still. We may have had the chance to try some as well…

After Molly Gallivan’s, jumped on the bus and made our way towards Killarney, stopping by the Ladies’ View on the way. The Ladies’ View is a scenic lookout area with panoramic views of the Ring of Kerry. Killarney is a cute little town with great food, coffee and shopping. We also explored another castle just outside of town called Ross Castle. 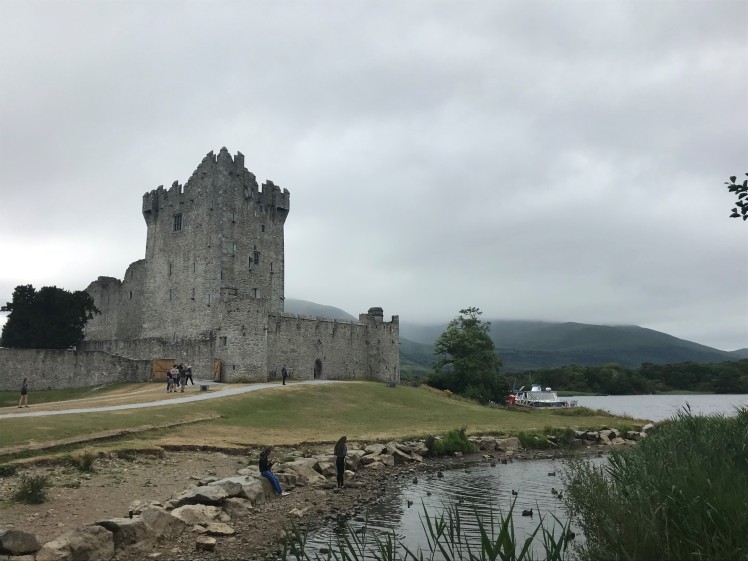 After this, we had a nice long bus ride to the town of Dingle. Before coming to Ireland, many people recommended visiting Dingle, but I had never heard of it. It is a quaint little coastal town that is known for boating, fishing and a dolphin named Fungi. Beforehand, I never associated Ireland with dolphins but apparently Fungi is the treasure of Dingle. We spent the night in Dingle and the next morning we took a boat tour with the promise of seeing Fungi. Fungi was awesome, but the views of Dingle were absolutely incredible. Because of that boat tour, I fully understood why everyone was in love with Dingle.

We spent the night in Galway on the way to our last stop, the Cliffs of Moher. When we got up in the morning, it was a bit cloudy, but we pressed on. When we arrived at the cliffs, there was absolutely no visibility. The Cliffs of Moher is the place we were all looking forward to the most, and it was so foggy that we couldn’t see anything. Although it was very sad, I plan on using this as an excuse to return to Ireland! 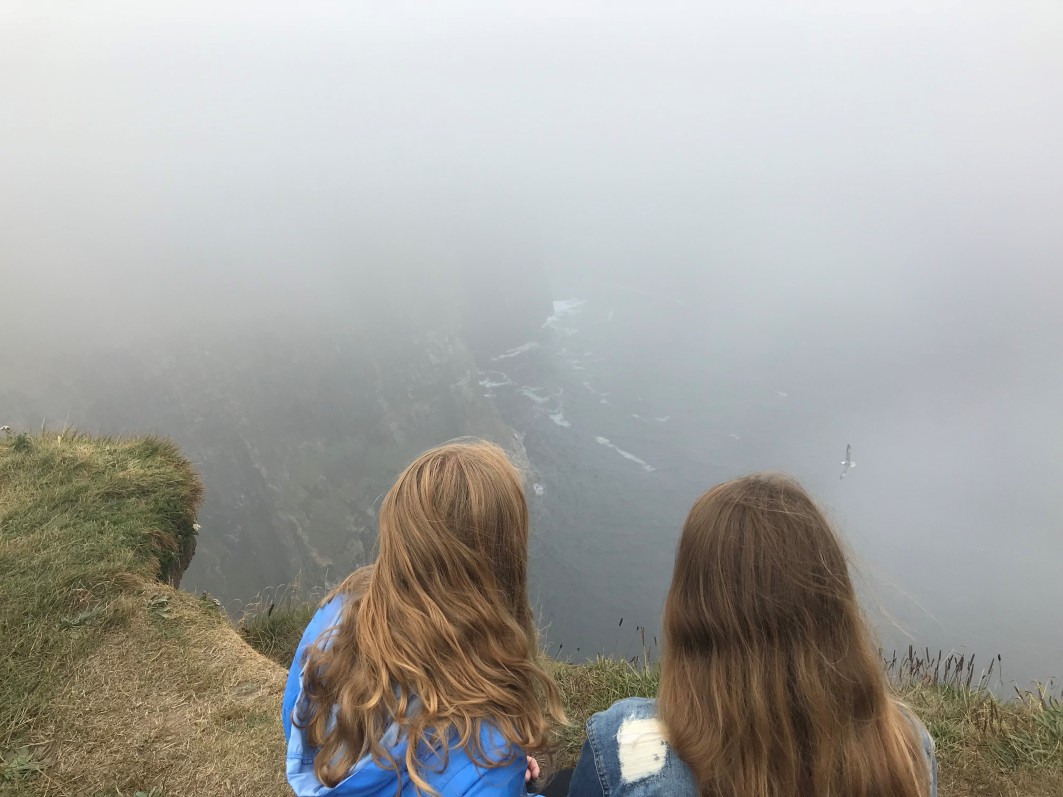 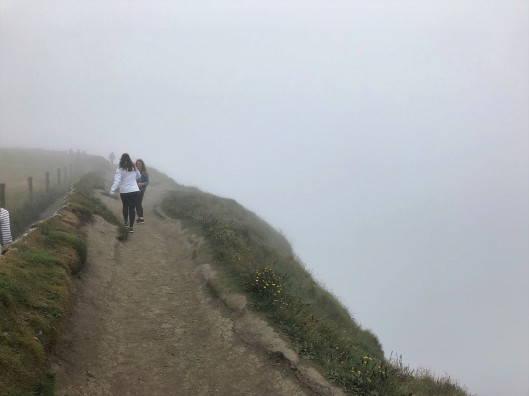 Overall, Western Ireland was absolutely gorgeous. This is where you can see the views that everyone associates with Ireland. From sheep grazing on rolling hills to cliffs along the coast, Western Ireland had some of the most amazing landscapes that I have ever seen.