We had a free day during our second weekend in London and felt that we should explore the United Kingdom some more. For some background, the United Kingdom is made up of the countries England, Scotland, Wales, and Northern Ireland. A bus trip to Wales takes about 3 to 4 hours, and is relatively affordable, so we decided to make a day of it. Fun fact: Megabus is also in the UK and is great for day trips on a budget! We landed on the city of Cardiff, which is also the capital of Wales. The round trip bus tickets came to just under £40.

Our first stop in Cardiff was an adorable coffee shop called Coffee Barker to wake us up from our bus nap. There are tons of cute coffee shops and restaurants in the many shopping arcades and markets in Cardiff. We walked around the shops and markets for a while, which gave us a chance to talk to some of the local vendors. This was great because they were incredibly friendly and gave us some suggestions. They informed us that the National Eisteddfod festival had just started, and that it was a must-see attraction.

Apparently, there are also a lot of castles in Wales. I even heard somewhere that there are more castles per square mile in Wales than any other country in the world. Lucky for us, there is a castle right in the city called Cardiff Castle. It was only a few minutes to walk to the castle from the city center, which made me like Cardiff even more. I love a walking city! This castle was like something out of a fairy tale. Sitting on top of a hill covered in lavender, it is surrounded not only by a huge castle wall, but also a moat. We bought tickets to tour the castle and its walls, which were made into bomb shelters during World War II. For me, seeing so many castles has definitely been a highlight of this study abroad trip. 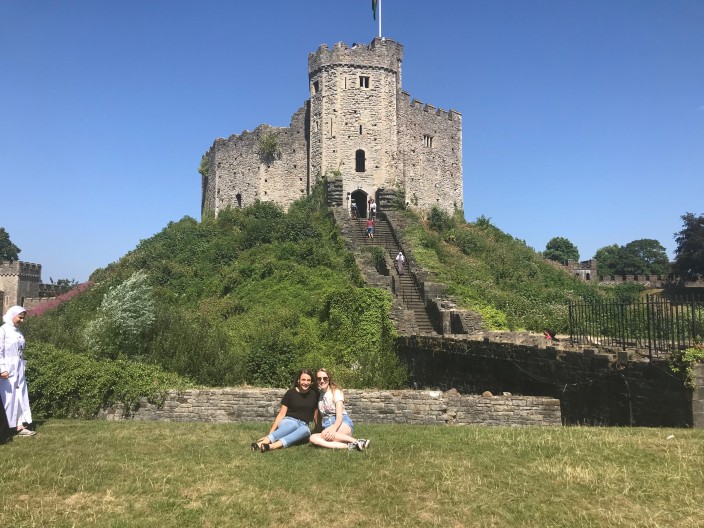 Next, we went to the National Museum Cardiff. This museum takes you through the natural history of Wales, plus there are tons of great art exhibits to check out as well. Originally, we had planned to go to another castle that was outside the city, but we decided to follow the locals’ suggestions and check out National Eisteddfod down by the Cardiff Bay. Eisteddfod is an annual festival in Cardiff that celebrates Welsh culture. There has been quite a revival of Welsh culture, especially the language, in recent years and it was awesome to experience everything Welsh at the festival. There was a even a band playing Welsh music. The festival lasts a week, and you could also find food, drinks, art and crafts there. 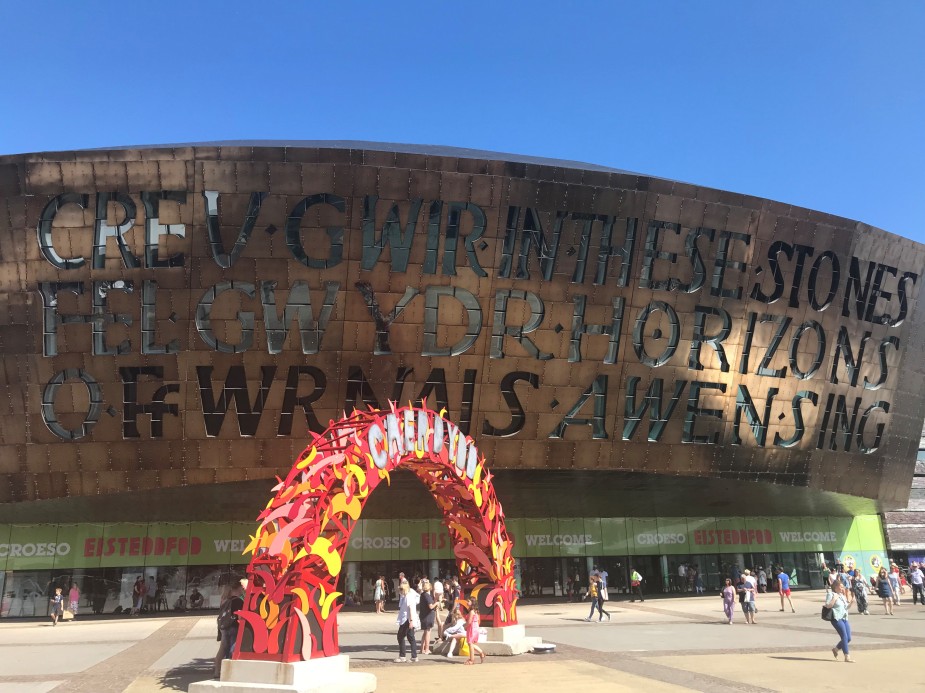 Overall, Cardiff was a beautiful city and I would highly recommend it to anyone exploring the United Kingdom. It is a very easy city to navigate and most things are walking distance. There are various attractions like castles and museums to visit, plus it’s a very easy trip from London. I loved our trip there, and the best part was definitely experiencing Welsh culture at Eisteddfod.