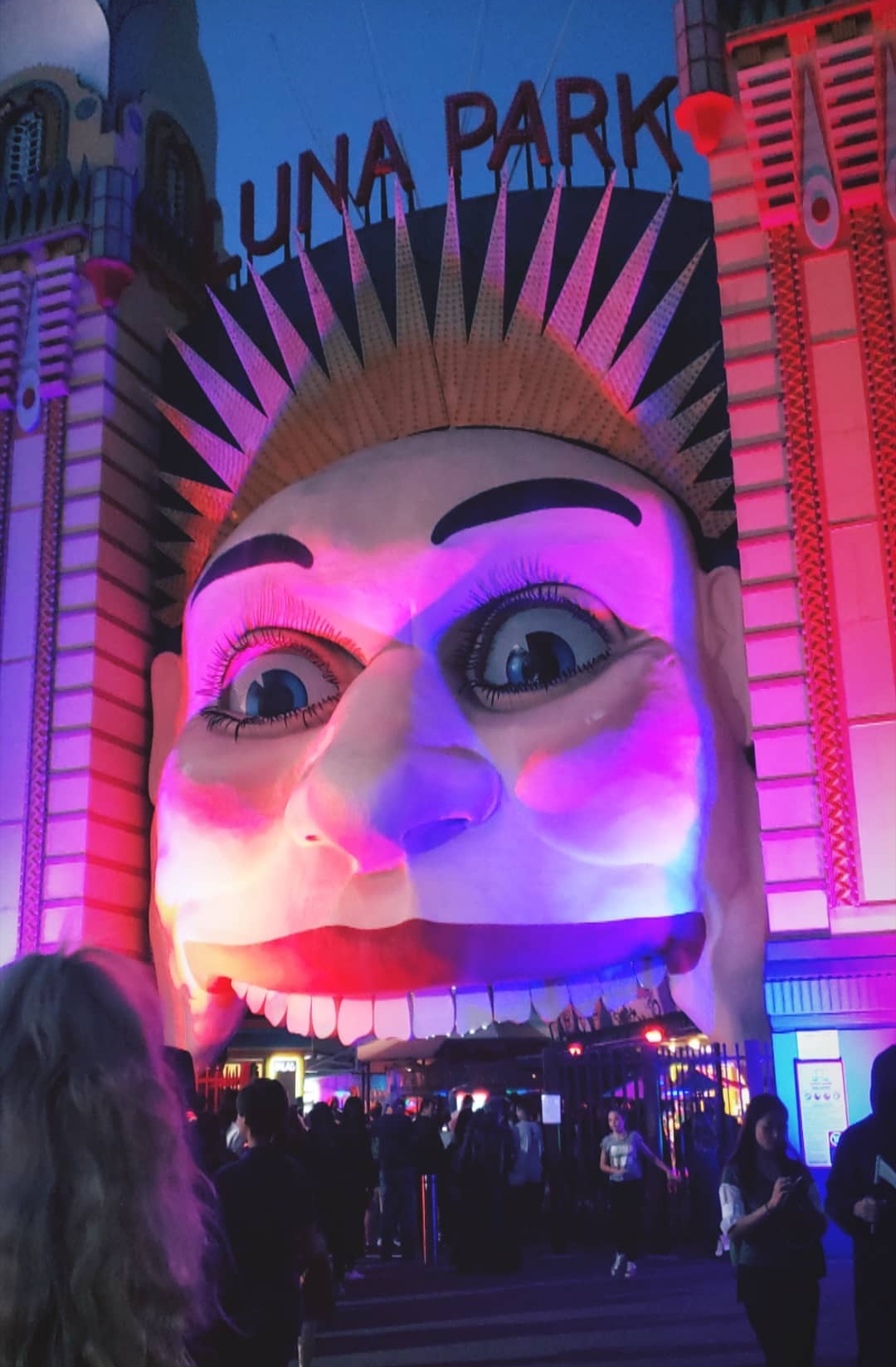 So for as long as I can remember, Halloween has been one of my favorite events of the year. Wearing costumes, eating candy, watching hocus-pocus, what’s not to love? Hence, you can imagine my shock when I heard Australians DO NOT celebrate halloween. Every Australian I asked told me that it had just started to become a thing, but that usually no one dresses up or does anything related to it. This was the first time being here that I found a cultural difference so shocking. I had always thought that everyone celebrated Halloween.  However, my halloween-loving self was in denial. I started looking all around facebook for halloween events, until I hit the jackpot. A blog with all the halloween related events in Sydney.

One of the biggest events mentioned was Halloscream at Luna Park. With a similar vibe to terror nights from Universal Studios, Halloscream turns this amusement park into a spooky carnival with themed rides. So obviously I had to check it out. I am glad to say that I was not disappointed. From the moment you stepped in, it felt like you were entering a scene from a Tim Burton movie. While walking through the park music from movies like Beetlejuice would be playing setting the mood for a spooky night. In addition, there were different themed attractions such as the toyshop of terrors, ward 13 haunted house, and an alien crash landing. They even had private screenings of horror movies. But the best thing of all was that EVERYONE was wearing a costume. I was really worried that with everyone telling me they didn’t celebrate halloween, I would be the only one dressed up. However, I was proven wrong when everyone had gone full out for their costumes.

In addition to Halloscream, I noticed that there were more events popping up on my facebook page. There were themed parties, ghost tours, and haunted houses. Another big event was the Haunted Gardens After Dark or Argyle’s Asylum. And although I was not disappointed, Halloween in Australia doesn’t come close to what it is back in the states. I feel that the states has an overall feeling of excitement regarding Halloween that I didn’t find here. For instances, finding costumes or decoration took a little more work than it usually would. On their defense, however, they have just started to celebrate it in the past couple of years. Who knows, maybe in a few years it’ll catch on.

View all posts by Manon Flamini