Still buzzing with lack of sleep and last night’s crammed revisions, I glanced up. The professors were standing at the front of the amphitheater, collecting the Fluid Mechanics exams as students got out of their seats and turned them in. More than wrong answers, I feared for my exam if I held onto it too long (some professors will give you a zero for that). I shoved my pens into my backpack, walked down the steps, and was about to turn in my exam when I realized I had filled in my student I.D. incorrectly. In black pen. 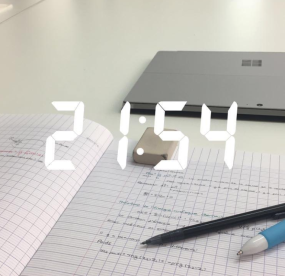 I often studied until the library closed.

How do I say this in French, again? I walked up to the professor and nervously tried to explain my situation. “J’ai… j’ai fait incorrectment mon… euhh… numero d’etudiant…”

It took a complete rounds of miscommunication, but a couple minutes later, I walked out of the hall, exhausted but exhilarated. I had just completed my first midterm! And in just three more days, it would be fall break!

A much needed respite, indeed, because the past week had honestly been a blur. I spent all weekend completing practice problems, re-copying notes, and writing proofs for Bernoulli’s Law and the Navier Strokes equations. I had eaten far too many Kinder Bueno chocolate bars and could feel my skin breaking out, but I wasn’t the only one; the library was packed to the brim every night.

Still, it’s fairly evident that stress management is an area of improvement for me. Nobody has their life 100% together during midterms, but it becomes all the more important to be well-rested and healthy. My midterms are just getting started, unfortunately; I still have a slew of projects and tests awaiting my return from fall break.

A word of advice to those who are abroad or planning to do so: take care of yourself! This could be a whole post in and of itself, but it’s so so important to prioritize your well-being during stressful times. There were days where I was too exhausted for social interaction, and there were also days where I pressured and chided myself for not being more outgoing and reaching out to others. As I indulged in unhealthy foods, my energy levels seriously dropped off. I found myself sleeping odd hours and feeling listless during my study sessions. All of these factors made my week more stressful, and didn’t help my situation in the least. These are things I know now, and will take steps to mitigate during my next round of exams!

On a brighter note, October was a month full of travel. I had a spare day where I went to Marseille, a sunny port city in the South of France. 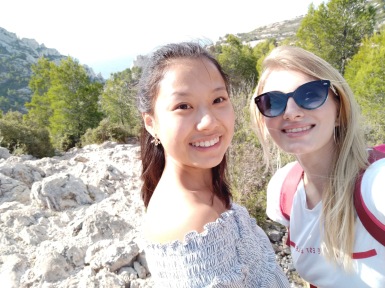 Albina and I exploring the Parc National des Calanques, where you can hike and even swim in the Mediterranean.

In addition to the excitement of a new city, I would be meeting a Russian exchange student for the first time. Albina and I were first acquainted through a Facebook group, and we decided to spend this Saturday together in Marseille. The day flew by, but we got lunch by the port and also explored the Parc National des Calanques, where I saw the Mediterranean Sea for the first time. It was gorgeous. I had never seen water that blue.

Unfortunately, I got sick that same day, and spent the rest of the weekend in bed. But 10/10 would do it again!

After my Fluids exam on Tuesday morning, I had no classes until Thursday. I took this opportunity to travel to Annecy, a town about 1h30 from Lyon. Although small, Annecy is well known for its idyllic lake and beautiful old city. This was the first time I had ever traveled alone in Europe. I booked myself in an AirBnB, explored the town, and tried some local foods. 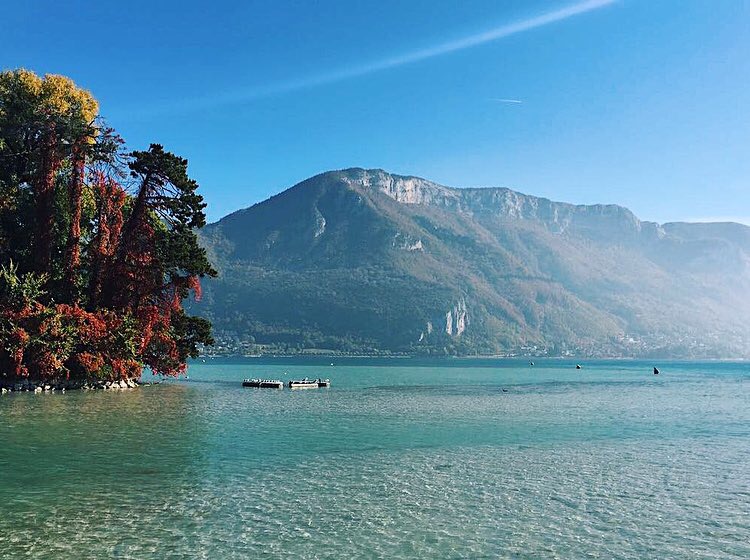 The photos don’t do this lake justice.

By Wednesday night, my mind had cleared. I was ready to go back home! Stay tuned for my fall break adventures…

View all posts by Beverly Zhuge