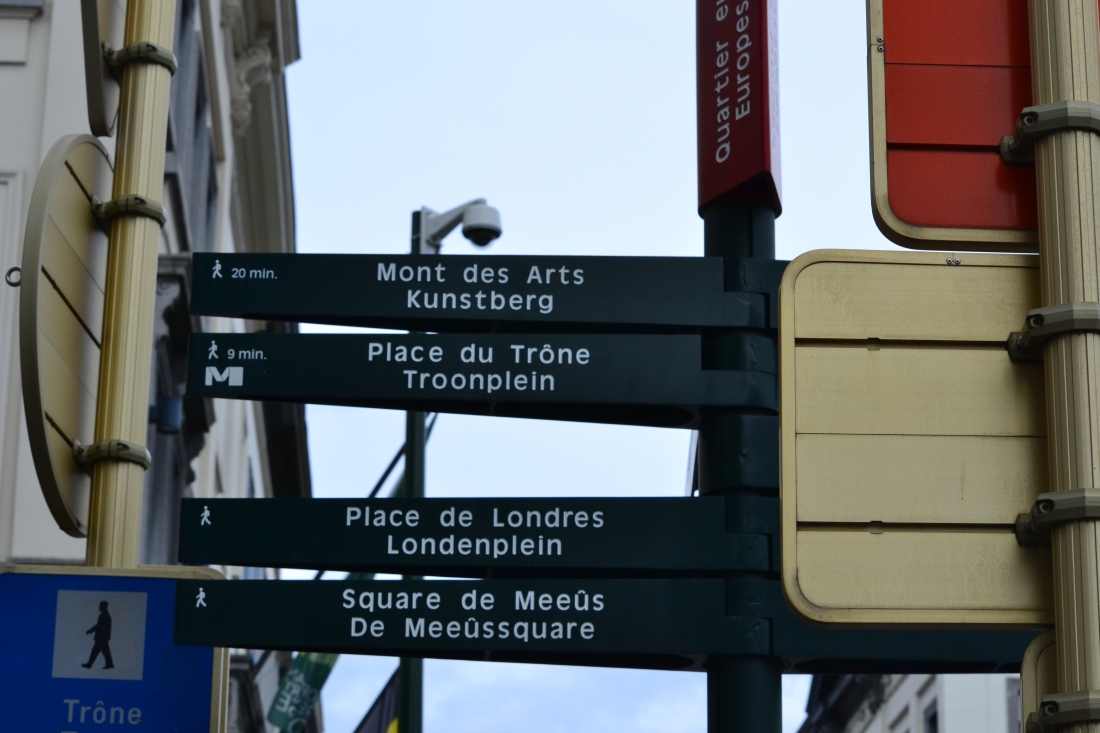 I would say that overall, EPA does a good job of preparing you for what is to come when you arrive in Brussels. However, one thing they greatly understated was the process of registering yourself at the commune and receiving your Belgian ID Card.

When I first heard that you had to present yourself at the commune when you arrive, I thought that simply meant affirming you had entered the country and moving on. Instead, I would have to return to the commune THREE TIMES before I received my card.

The first time I went was not so bad. We went at the end of our first week, as advised, and since most people were still on break, it went by very quickly. I was surprised but satisfied and left after about ten minutes. This would lull me into a false sense of security.

Half Visit: The Police Station

Part of the process of registration is that the police come by to make sure you actually live at the address you put on your Visa. This did not occur until over a month later! When they come, they leave a letter with the date and time for your actual appointment for the ID Card. However, all the non-Europeans in my building were given a letter stating that we needed to go to the police station with all of our documents first, at which point we would be given our appointment.

This essentially negated that initial visit that I made since I had to repeat everything I did all over again. Nevertheless, I did receive my appointment for October 1st, at 10 AM.

Protests near parliament made the buses run late and I had to rush to my appointment. My memory of my first visit and how empty the office was assured me everything would be fine. So, you can imagine my shock when I saw the line wrapping around the entire lobby and out onto the sidewalk. No one really acknowledges you or tells you where to go if you have an appointment so I took a number and idled around for a few minutes. Luckily, a woman opened a nondescript door and began calling for those with appointments. I went in, handed over all my documents, paid the 50 euros, got my fingerprints taken and I was all done!

…until she said the words “We’ll see you in two weeks!”

My confidence from the second encounter was still high. I showed up around 10 AM, not caring about the long line, as I was just there to pick up my card and could surely just go through the back door to get it. I had even skipped breakfast, planning to grab something to eat after the short wait. This would be a five minute visit! Right? Wrong.

I was shocked to find out that I had to take a ticket and stand in the long line to pick up my card. I even reiterated the question to make sure she understood my purpose for being there. She only confirmed my worst fears. Defeated, I took my number: 102. They were on 71.

The line went relatively quickly, though I was still seated for about an hour before I went up. I hadn’t brought my provisional papers so they scanned my fingerprints and I was handed my shiny new card! Victory, at last! To celebrate, I indulged in some breakfast and headed home.

This was my journey through the bureaucracy of Brussels. A harrowing account. As happy as I was to finally be done, I still dread the fact that I will soon return to DEREGISTER before I leave.

(Stay tuned for that process as well!)