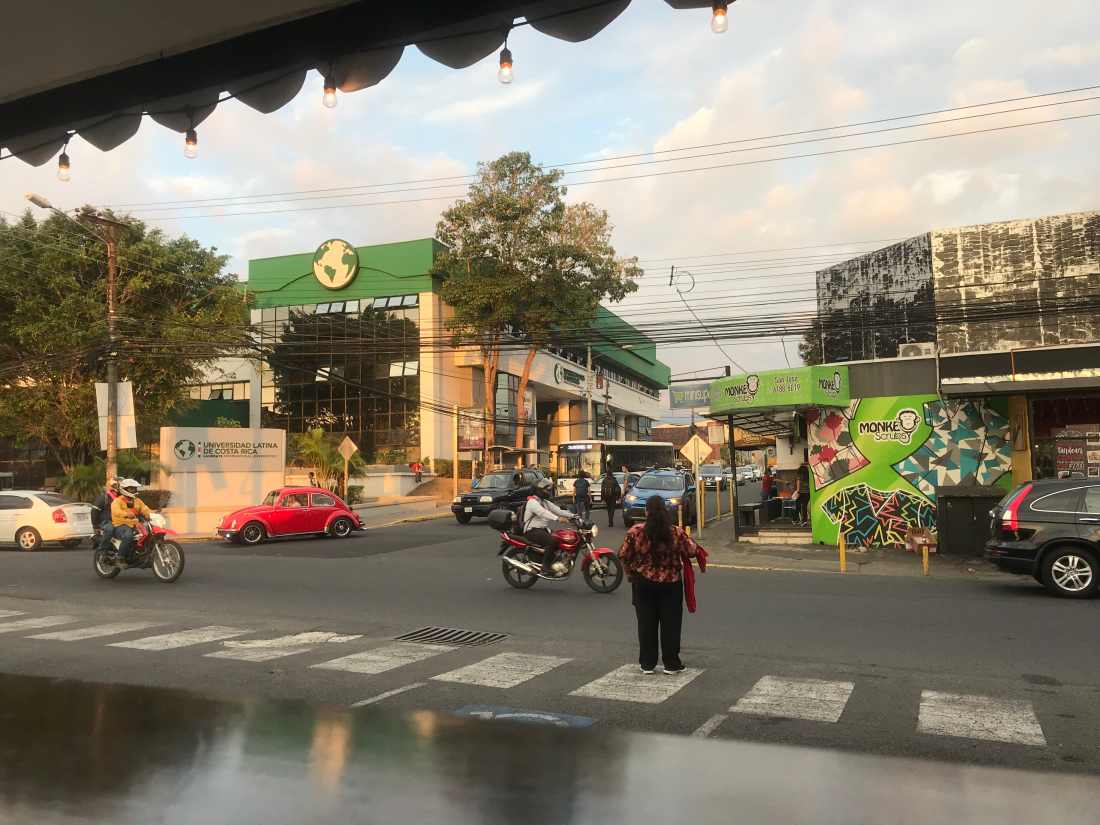 Hello people! Back again with the Costa Rica blog! The first picture is a view of ULatina, and the neighborhood I live in. This week, my morning classes on Monday were cancelled, so I went to shower in the morning at around 9:00AM (when I would normally be halfway through my first class) and there wasn’t much water coming out of the shower. My host mom told me that we wouldn’t have a lot of water for the day. No big deal right? Probably some maintenance or something. So I asked her if it was indeed due to maintenance and she said no. She explained to me as best as she could that because it’s the dry season, they kind of ration out water in order to save it for the wet season, where it would refill and everyone would be okay. Costa Rica spends about half the year in a dry season where it doesn’t really rain, and half the year in the wet season where all it does is rain. While a bit inconvenient, I was kind of amazed at the solidarity of the nation.

Each neighborhood takes turns using less water on certain days in order to make sure the entirety of the country will have enough water to survive and live comfortably until the next wet season. While this is probably due to necessity and less of a decision, I genuinely could not imagine the United States doing this year after year. I feel as though our richest would find a way out of it, and in order to compensate, our more vulnerable populations will suffer. But I digress (however if that comment interested you, I would recommend you take the Vulnerable Populations class if you are participating in this program). Or maybe people would be protesting because they want the government out of their hair, whatever it be, I don’t know if the United States could handle something of this caliber.

So, probably for the last three weeks I’m here, I will have limited access to water in my house on Monday’s, on Wednesdays, and on Fridays from 8:00AM in the morning to 3:00PM in the afternoon. I am mostly in classes during this time, so it’s not too much of a nuisance for me, but my host mom is home all day and she doesn’t even complain about it. She just fills a bunch of pitchers with water and settles in for the day. What a concept, the entire country, coming together for the wellbeing of everyone. Solidarity. I find the people of Costa Rica believe and work much more in solidarity than the people of the United States, and this is just one great example. I believe one that America will be capable and willing to care for all of its people regardless of socioeconomic status, race, religion, sexual orientation, or anything else separating us currently.

View all posts by Maria Sims