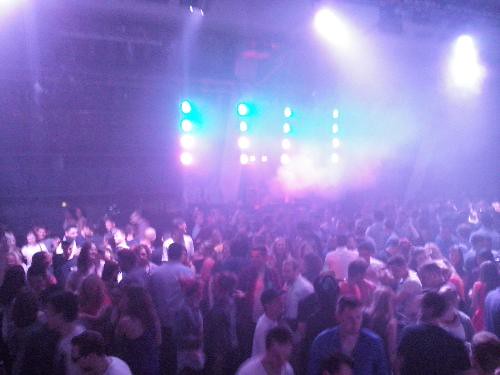 Being an exchange student is much different from being a student at one’s home university. Usually, exchange students tend to stick around with each other, rather than making local friends and acquaintances, because we have the shared experience of being in a new and unfamiliar place, whereas local students are generally content with their lives and their group of friends.
This is both a good and bad thing. For one thing, it offers the opportunity of makes a diverse group of friend from around the world. The downside is that it could limit one from experience the local culture–what it’s like to actually be a student in Germany. In this way, I would imagine being an exchange student is similar in any place around the world, because, given the circumstances, the identity of an exchange student can be almost as significant as a race in itself. This corresponds with the phenomenon of international students almost exclusively associating with people from their home country (a phenomenon that occurs quite rampantly at Drexel, for example).
Although the opportunities are in front of me, it is very difficult to escape from the lifestyle of being a constant “outsider”. For example, the Spring in Bochum program is developed to correspond directly with the Drexel term, which is why our classes are not shared with any German students. Going to the Mensa may be thought of as a good place to meet other students, but, much like freshman year, it feels a little forced and awkward to join one or even a group of people at lunch, especially when they are speaking another language.
One of the few activities that is shared between all students, exchange or otherwise, are parties. There are constant parties on and off campus, and there is generally a much greater acceptance of the fact that students like to have a good time (a specific type of good time, that is) than I’ve seen in the States. There are multiple bars directly on the campus, and parties are frequently organized in conjunction with the University itself, even taking place once a year in the very Mensa I’ve just mentioned (see photo above).
Student residences are also much different in the US. Dorms are not small and shared, but rather suite style, and so shared with two or three people. This makes for little to no interaction between students living in the same residence halls, aside from a mere hello when passing or in an elevator.
Since coming to Germany I have made several friends and even more acquaintances. It has also brought me closer to some of my peers from home, who would have otherwise remained mere classmates, rather than friends. But, after more than one month in Germany, I am slightly ashamed to admit I do not know what it is truly like to live as a student in Germany, but writing this blog entry has given me all the more motivation to change that and immerse myself in the local culture as much as possible for the rest of my time here, because, after all, how often does a person get a chance like this?