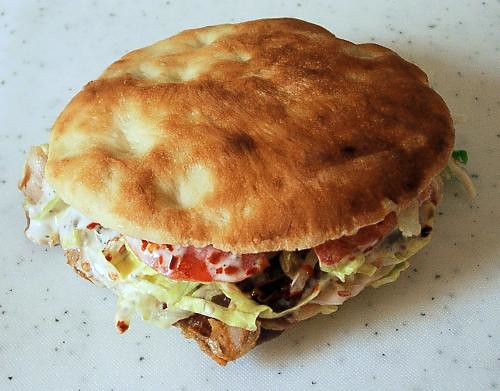 I arrived in Frankfurt Airport on a Sunday morning. It was a little past 6:00 am. I was feeling the jet-lag; while going through customs, observing all the German advertisements and hearing the din of local language around me, life felt truly surreal. My directions had been clear enough and I made it to the “Bahnhof” or train station with little trouble. My first real challenge was ordering my train ticket. I said hello the cashier and she said something in German. I had no idea what but I guess that within our context, she probably asked where I was going. I took a guess and responded, “Mannheim.” It worked out well enough, I paid and was on my way.

At this point, I’ll fast forward to when I got dropped off by the taxi in what I thought was my apartment. After standing around waiting for the hall manager to show up, I began to realize I was at the wrong spot. I rushed further down the street to find the correct apartment. I had an appointment at 9:00 and I was now 25 minutes late. So of course I finally find the right building but my landlord had already left. I saw a sign by the door that read “Welcome to Mannheim! If you have missed your appointment you will have to book a hotel or a hostel until regular office hours.” A cheery delivery of my unfortunate reality. To make things worse, my cellphone was not working. My heart sank into my belly; I felt stuck and completely alone. Just then, a big guy in a little red car pulled up to where I was walking, got out and asked if I was Benjamin. Phew! It was super lucky. He had stopped by to double check if I was here before his next appointment. Very very lucky. He showed me my room and I finally was able to settled down and relax. My anxiety slowly started to ease away.

Since that small hiccup, everything has been fantastic. After I got settled in I explored the surrounding area and found a great spot to eat. Mannheim has a lot of Turkish people here and as a result they have really great Turkish food, notably the Döner Kabab (see picture). The next day I was able to meet up with some Drexel students and were able to get a lot of mandatory paper work done and explore the city. After a few days I began to feel much more comfortable around the city and with speaking the language.

The best night yet was last night. First let me say that Mannheim uses a great program called VISUM, which pairs you up with a local Mannheim student, called a VISUM buddy. They help you ease into your new environment. Last night my buddy, named Sophia, cooked dinner for me and her friends. She was so hospitable and her friends were very friendly as well. Although we couldn’t communicate so well as a group, German beers brought us together. We then hit a dance club which was really the highlight of the night. Everybody in the club danced and it was a lot of fun. In America, a lot of clubs do the “grinding” thing which I think is super lame and really a poor excuse for dancing. Here they actually dance and it’s a whole lot of fun. And every time the bass drops, people cheer. It’s really funny! Long story short, this experience is already excellent and will only get better! Anyway that’s all for now.