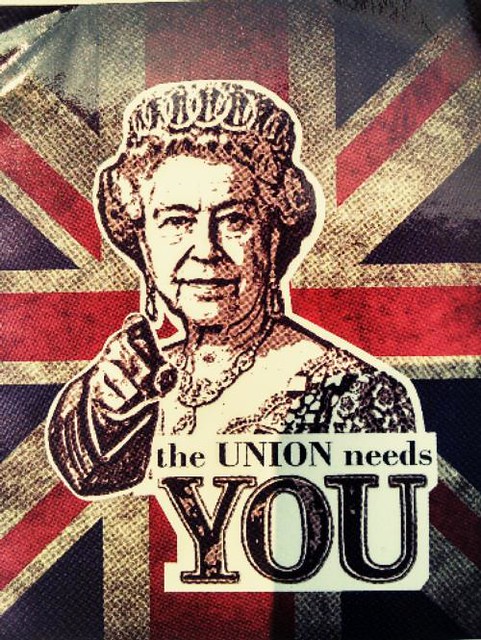 The independence referendum of Scotland proved to be very uneventful as Scotland voted by a slim margin to stay with the United Kingdom. Today was a very gloomy day for Scotland. Although the day was very gloomy in the actual sense, with rain all day long, it was very gloomy in the other sense. People hung their heads low today and the loud, passionate people chanting, “yes” yesterday were quiet. I felt the disappointment for all of Scotland’s people this Friday. Even one of my professors expressed his disappointment during my morning class.
One thing that stunned me about the referendum is how active Scotland citizens take part in their democracy. In America, not many people vote at all, let alone young people. I saw a surge of activism and work from college students and young adults during the days leading up to the vote. I saw how hard my generation and age group worked for both sides of the campaign. United States college students seem so disenfranchised or uneducated on the political issues in our country. I see a lack of commitment and activism in my generation of American students. 85% of Scotland’s people voted in the referendum and that was the largest turnout during an election in the country’s history. We, in the United States, do not even reach half of that percentage during elections most times. It is obvious that Scotland’s people take more pride in their national identity than we do. They also seem to play more of an active role in their democracy than we do. I am still not sure if it was because of how popular and big of a debate independence from England raised, but I am sure that democracy works more efficiently here because of how much its citizens participate in it.
I learned that Scottish history was not well taught to Scottish students until the late 1970s. My Scottish history professor explained that he never learned his owned nation’s history until he pursued it on his own in college. English history is taught more in schools in Scotland than Scotland’s own history! This baffled me. American history is engrained into our heads from a very young age, so is our national identity. Apparently, Scottish nationalism and national identity or pride is a fairly recent concept taught through history these days. Many young people are only now learning what their people went through and how their history shaped the country today. This may be one of the reasons why so many people were convinced that independence was the right thing to do. Either way, whatever happens, I know Scotland will be better off than we will ever be because its ordinary people are so dedicated to choosing what they think is right for their country.