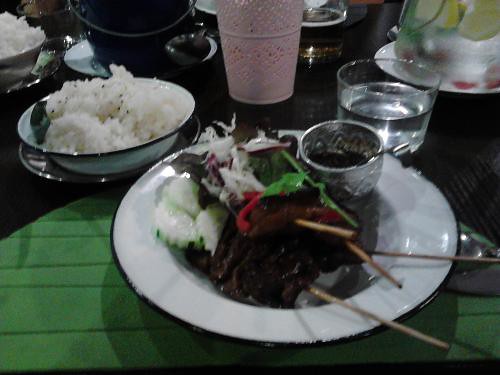 The professor for my Spanish language course shared with the class that there are currently over six million people in Madrid. Furthermore, it is said that Spain has the highest rate of immigration in the world second to the United States. This was shocking information. Upon hearing this information, I immediately expected Spain to resemble the great diversity of the United States. I’m surprised that Madrid’s immigrants are not in concentrated areas. Though I did not know that Spain has the second highest rate of immigration before coming to Spain, the visibility of immigrants is apparent.

The neighborhood where I’m living offers many restaurants and convenience stores owed by immigrants and all are in walking distance. Seeing the many different faces of Madrid is reviving. At times, for only a few seconds, I forget that I am in a foreign country. The “Alimentacion” stores can be frequently seen in the city. All are owed by Chinese immigrants. These stores can be compared to corner stores found in New York City or Philadelphia but offers a wide selection of foods and home goods. I think of them as mini Wal-marts.

It has become apparent to me that Spaniards have subconsciously included me in their demographics. Today, a Spaniard told me that he was trying to perfect his English accent. I wondered why he felt compelled to approach me to tell me that. He then told me that I had great English accent and he especially liked my accent because it’s very clear. I had dreadful experiences in the past when I corrected a Spaniard about my nationality. Thus, I fought the urgency to tell him that I’m from the United States, which implies that English is my native tongue. Therefore, my English speaking skills would be clear sounding.