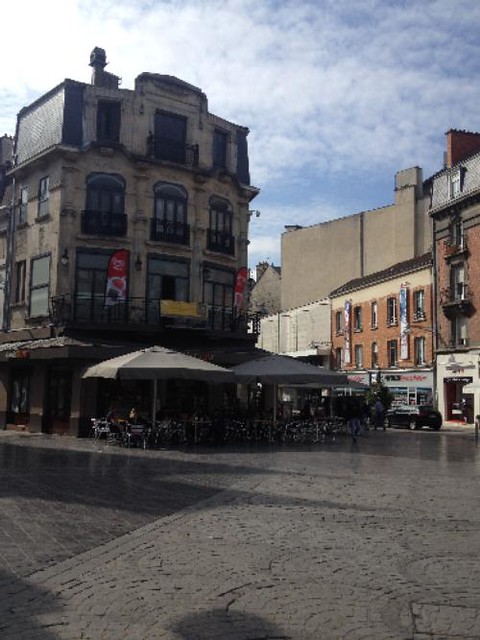 I cannot believe that I’ve already been living in Reims, France for a month. As my fellow Drexel students begin their fall quarter, I am already preparing presentations and soon will be studying for midterms. As facing cultural differences is a given when living in a different country, below I will outline some major differences between the beautiful city of Reims and the large and busy city of Philadelphia. Most of these differences will focus on the topic of food stores.
For one, the city of Reims is too small to have unsafe neighborhoods. The city is extremely lovely and quaint. Although there are some neighborhoods, which are more run-down than others, I don’t feel unsafe walking the city alone, even at night. The same could not be said in Philadelphia, where one has to be alert and aware when traversing the city in particular neighborhoods.
In addition, everything closes extremely early. I’ve always heard jokes about how the French never work and or lazy and although I don’t find that to be true at all, I do understand where the stereotype might come from. Most things in Reims do not stay open past 8 PM, including the grocery stores. Further, it is incredibly impossible to find anything open on Sundays, most things either remain closed all day or are only open until 12 PM. This is extremely different than in Philadelphia due to the fact that Fresh Grocer, the local grocery store is open 24 hours a day. If one is too lazy to walk the ten or so blocks, one can simply stock up on snacks at convenience stores at the local 711, which is also always open. Although there are “green stores” in Reims, which stay up late, they are not as easily found and not as convenient to shoppers as convenience stores in the US.
The last major difference between the two cities is food trucks. While Philadelphia is filled with food trucks, I’ve only seen two commercial dessert trucks in Reims. Most students on campus, instead of buying lunch from a food truck, buy a sandwich, panini or quiche from the local boulangerie. There are three near campus and all of them are delicious. The smell of croissants and bread fill the streets around campus, which although my wallet might have a problem with, I do not. In summary, it feels as if even though Philadelphia has more options for food, Reims serves food that might be of better quality. Although I wish that stores stayed open later, I also wish that every store in Philadelphia were a French bakery.