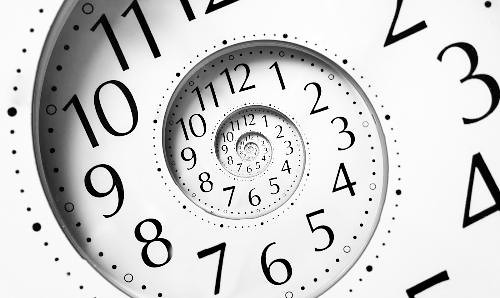 So recently in my Community Engagement class we were discussing some large differences between Costa Rican culture and that of the United States. One glaring example is that of the differences between the ways in which our cultures value tasks and time. The States, we discussed, is primarily a monochronic society. This type of time management system means that time is a given and that people are the variable. Under this system time is scheduled, managed, and divided into small, precise units. Costa Rica, on the other hand, is primarily a polychronic society. This is a system where time is adjusted to suit the needs of people. It takes a more fluid approach to scheduling time, and several things can be done at once.

After about a month here, I feel I am finally (and somewhat accurately) able to comment on this idea. And I would have to say, it is entirely true. The easiest way to spot this difference is in the existence of “Tico time.” It’s true that every culture runs on their own time. I experienced this first hand in Madrid, but even there the culture has a slight sense of urgency, as if they knew they were missing out on an important meeting or breaking their schedule, but that they would have oneee more glass of wine before they went back to business. In Costa Rica, that sense of urgency does not exist. I’m not sure if it’s the incredible weather, the beautiful beaches, or the fruit hanging from every tree that makes the Ticos so… relaxed.

No one here is ever in a hurry (well, except while driving). “Tico time” adds about 5-15 minutes onto every scheduled event. If you’re meeting a friend for dinner at 7, there is absolutely no reason to arrive any earlier than 7:05, while it might be considered prudent or forward-thinking to do so in the States. People walk at a leisurely pace on the sidewalk, while my friends and I from the States stick out like sore thumbs with what amounts to unnecessary speed-walking down here (we might even be considered slow back home!).

I’ve also found examples of this difference through my volunteer placement. Another girl from the program and I have been placed in a private K-6 school in a local province to “teach English” (more about that at a later date). The first day we get to our school, and the kids are playing for recess. We are told to sit and wait for a few minutes until recess is over, then we can start our lesson. At around 9:30 AM, the bell rings, recess is over and all the kids quickly run up to their respective classrooms. However, none of the teachers left their hangout in the teacher’s lounge… Not for another 15 minutes at least. And when they finally emerged, they had happy smiles on their faces and were delighted to help my friend and me get started on our English lesson. Nothing in their composure was rushed nor were they worried that they might have just “wasted” 15 minutes of their students’ time.

While this might seem blasphemous to some people in the States, it’s actually quite refreshing to live in a culture that isn’t constantly calculating time down to the very millisecond, tallying what you’ve lost out on while you were doing something else. Time is more of an illusion down here (well, I believe it is in general, but I digress). People live to enjoy their life, not to stick to a rigid schedule. They live to make relationships and foster them, not to view everyone as a potential customer or consumer. It’s quite refreshing – you should try it sometime, United States of America!