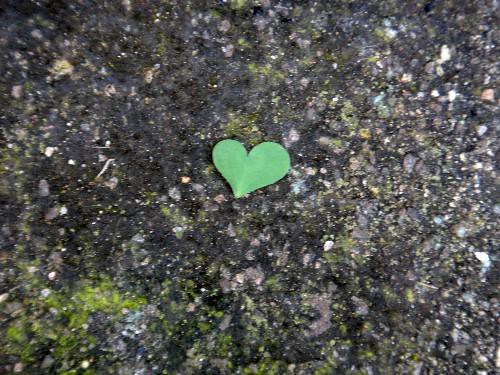 So, today marks exactly ONE MONTH that I have been living la vida tica, more commonly known as la pura vida! It has been both challenging and rewarding, frustrating and enlightening for many, many reasons.

To begin with, it’s been WONDERFUL practicing my Spanish again! I love being able to speak another language on a daily basis, and to have others nearby to explain details of the language to me. However, the Costa Rican manner of speaking is a lot different from that of Spain. For one, they don’t use the ceceo, more commonly known as the Spanish lisp. Although this is technically a pronunciation error, after hearing it constantly for 4 & ½ months, I became quite accustomed to it and really began to like the way it sounds. Unfortunately, as I found out this past Saturday from some Tico friends, the Spanish accent is scoffed at down here. Much like South American accents were scoffed at in Madrid. While the Costa Rican accent is quite normal compared to others, it still has its quirks. Mainly, Ticos don’t roll their r’s, something that was heavily emphasized in all of my Spanish language courses. When they pronounce the “rr,” the sound is akin to the way we pronounce the word “run.”

I must admit that my Spanish doesn’t seem to be improving in the way I had hoped. While yes, I do live with a Tica family and have 2 classes in Spanish, I feel it is not nearly enough to help me reach my desired level of fluency. I had hoped to be given the chance to take more classes taught in the Spanish language, but the emphasis of my program is on sustainable development and human rights, not on mastering the Spanish language. It is entirely possible that I am just being too hasty in my judgments, so I am going to spend the next six weeks truly attempting to hone in on my Spanish language skills.

One truly amazing thing Costa Rica has given me is an abundance of FREE TIME. When at home in Philly, I typically am taking classes, working part time, as well as dedicating anywhere from 20-35 hours per week in theater rehearsals. Here, it’s nothing but class and… la pura vida. I’ve had ample opportunity to clear my mind, reflect, and work on my own mental health. And it has been truly rewarding. I’ve been able to develop a yoga routine to help center myself, something I’ve always wanted to do, but have never had the time. This has also led to mindful meditation practices, in some of the most beautiful places I’ve ever laid eyes upon.

Stemming off this increase of mental health, I have also become more aware of my physical health, namely thanks to LESS processed foods. Most of my meals here are fresh and comprised of perishable items, not foods stuffed with preservatives or processed to the point of no return. And I can honestly FEEL a difference, as if my body is thanking me. I feel healthier as a whole, have more energy, and feel less heavy or filled with grease. While it’s going to be hard to cut out processed foods when I return to the States, I’m truly going to give it my best shot because I’ve honestly never felt so totally healthy in my entire life.

PS- I came across that little heart life as I was outside doing some hula hooping! There is love all around us 🙂