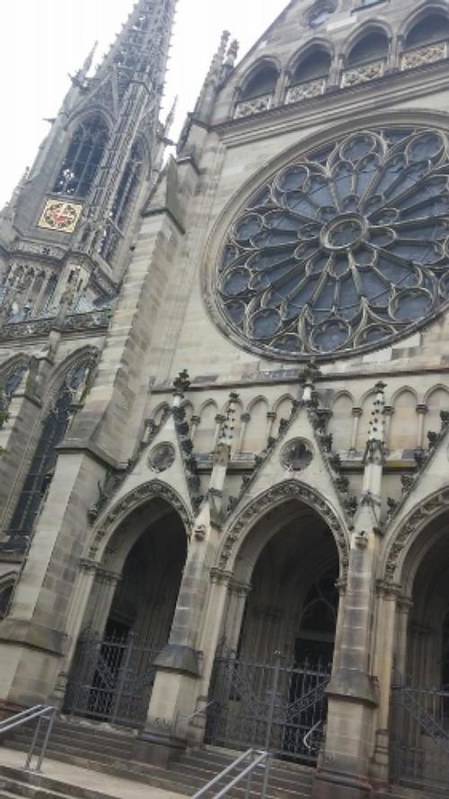 One of the greatest differences between Germany and my home country, the United States, is the role of religion in the society. First of all, Germany and U.S. do have the same majority religions in common; the Catholic and Protestant religions dominate as the majority. While both countries have an open policy about religion, the role that religion plays differs quite a bit. For an illustration of these we need only to look at politics. It is undeniable that religion plays a huge role in politics and public perception in the United States. Political officials not only identify their religious background but make it a strong characteristic in their campaigns or policy-making efforts. For example, when Barrack Obama was moving into the White House, he began searching for a church to bring his family. This story made a big exciting news story for the American public. Putting it plainly, religion is a big deal in American politics.

In Germany, they have no problem identifying they’re religious background but beyond that there is no emphasis as there is in the states. There is not such a crucial role for religion in Germany; your choice of religion doesn’t affect your public perception, even for influential politicians. This is unimaginable for an American like me who is used to seeing politicians run with a campaign emphasizing themselves as a religious individual with strong values. I hope to see a day when our society is more like Germany when it comes to the separation of religious affairs and the public perception in politics.

Other Notes about Germany and Religion:

Church Tax: Strangely, despite Germany’s more secular views on religion, its country collects a church tax. In 2011 it was reported that the church tax for Christian churches was over 9 billion euro. Even though their politics remain secular, Germany still recognizes churches as an important part of their foundation.

Scientology: Scientology is not popular anywhere, but this is especially the case in Germany. In 1995 they tried to boycott Mission Impossible because of Tom Cruise’s affiliation to Scientology. Scientology in Germany is not recognized as a religion but as a cult who steals its members’ money under the false pretense of spiritual salvation. There is also a lot of German literature and websites devoted to attacking Scientology. And of course, they don’t get church taxes from the country. You get the point.