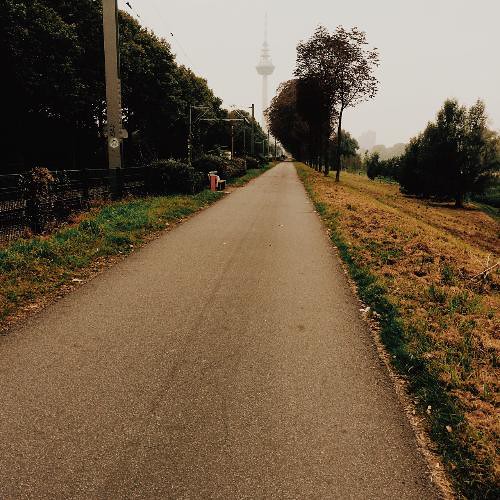 Although I have mostly positive things to say about Germany and the German people, I have been surprised at their walking etiquette. The first thing that surprised me was that Germans always stop at pedestrian crossings. In most parts of the world if traffic isn’t coming then people usually walk across the street, not in Germany though. Most people wait patiently until the light turns green. Since I’ve grown up in countries that don’t really follow this rule, my experience of crossing the street when it’s red is sometimes met with glaring looks by other people. In general the older the person is the more of a death stare I get from them. More commonly though, people will follow suit and start walking when it’s red as well. I find this aspect really funny. Germans will follow the rules but once they see someone breaking a clearly unnecessary rule they copy it.

There is also another aspect of walking behavior that irritates. Where I live most people are good at making space for others while walking and also not getting into each others way. In Germany though I found the complete opposite. Germans tend to walk always in a straight line, it doesn’t matter if you want to get around them, they will never move. I usually experience this when I go running. People never get out of the way and in some instances they have made it so I couldn’t run. Things I have to deal with are people walking into my running lane and people that try to squeeze you into the wall of the buildings or onto the road. It seems bizarre to me, why can’t they just get out of the way? I honestly hate this aspect about Germans. It seems like they have no respect for others in this situation. The only reason I can think of is that Germans tend to go running only on paths that are meant for it. It is very rare to see people run on the sidewalks, instead they run along the river or in the park. Maybe Germans act this way to show their dislike with my act of running on the sidewalk. In the end I just find it obnoxious and sometimes dangerous because I get pushed out into the road. That being said not everyone is like that, for the most part people try to get out of the way. (Picture of the path along the river Neckar that I run on)

It’s interesting how something as simple as walking is different in other cultures. I didn’t think that there would be unwritten rules when it comes to this task.