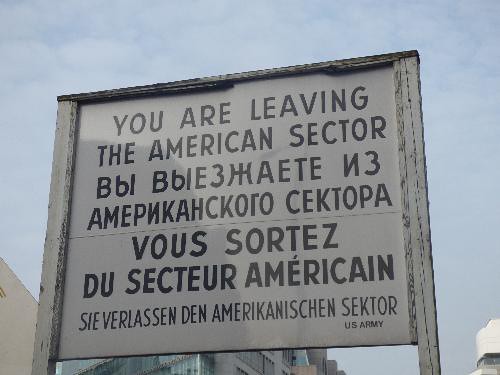 Hallo, and welcome back to another blog post! I realize I’ve been behind on posting these, so my apologies for that. In this post I wanted to talk a bit about what might be one of the biggest challenges when studying abroad in a place like Germany (or almost anywhere in the world), which is the language barrier. Speaking and understanding someone else when having a conversation in German has no doubt been one of the most difficult parts about living in Germany, despite having studied German for quite a while.

I actually first started taking German in 7th grade, in middle school, and took it all the way through High School, so when I entered Drexel I had already taken six years of German, including AP German my senior year of high school. I took a language placement test the summer before starting at Drexel, and placed into the 103 level of German at Drexel, skipping over 101 and 102. However, I was not able to take German 103 until winter term of my second year at Drexel, so there was a gap of at least a year and a half of not studying or using German, which didn’t do me any favors.

After taking German 103, I had another gap of a good six months before coming here to Germany, which again was a problem because I do not use German at home in the U.S. at all, and when you don’t practice a language daily, you really do start to forget vocabulary and grammar rules.

While German 103 is the minimum required language level for the program here at Mannheim, I would definitely recommend taking higher levels if you are interested in doing this or any other program in Germany, just for your own level of comfort with the language. It would also be good to practice, even if just for 20 minutes or so a day with online resources, before coming, just so that you are more comfortable with the language. German is not the easiest language to learn, and there are many grammar rules that are often difficult to remember. Although its not the end of the world if you use the wrong past tense form of a verb or use the wrong article for a noun, it does immediately make people realize you aren’t a native speaker (if your accent doesn’t give it away).

It is true that many Europeans and Germans specifically can and do speak English very well, for many younger people, fluently. I am amazed at how native German students can take business courses entirely in English, while I would be completely lost in the same course being taught in German. The fact that so many people know English can be both helpful, but also can keep you from practicing your German skills as well. Often times when I am having a conversation, they realize that I am American, and will switch from German to English, as they like to practice their English skills, while I am trying to use my German. Then there are other times that you are hoping to find someone who can speak English since you don’t know exactly what to say in German, but it seems that there is no one that speaks English.

The best thing to do is to really try to practice your German as much as possible. Generally, people will be very forgiving if you are struggling to find the right words to say, and since most know English, will switch over to help you. For students considering studying here, my best advice is to take as many language courses as you can and try to practice everyday if you are not able to take a course when you are on co-op for example. The more you practice the more comfortable you will be with the language, which is something that I am experiencing now that I have been here for over two months. While the language barrier is overwhelming at first, you will get more and more comfortable with it the longer you are here.

Since I’m talking about languages, I’ll leave you with a picture of the Checkpoint Charlie sign in Berlin, with English, Russian, French, and German on it. Until next time, auf wiedersehen!