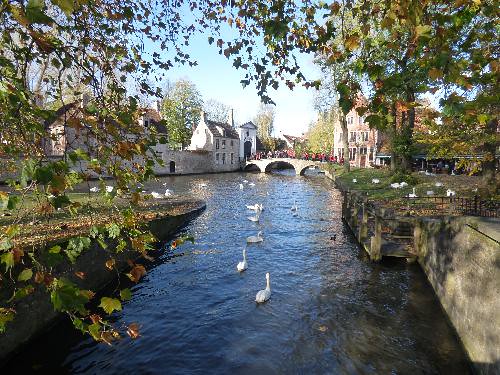 Hallo everyone! I’m currently writing this blog from a Thalys high speed train to Brussels, Belgium. The reason I ended up coming to Brussels is going to be the subject of this blog post… The multiple strikes by one of the train drivers unions for Deutsche Bahn, the GDL. In the last few months I’ve been here in Germany, there have been quite a few lengthy strikes by the train operators, this is the sixth one so far this year. The strikes, as you can imagine, have been really quite a nuisance and major inconvenience for everyone in Germany who relies on the trains to get around.

I wasn’t affected too much by some of the previous strikes, but this weekend I had planned to be in Leipzig and Dresden, but the deutsche bahn strike is in effect from Thursday to Sunday- 90 some hours long- which was exactly when I had planned to be in Leipzig & Dresden. While deutsche bahn runs a contingency schedule, none of the trains I needed to Leipzig were running. So, I had to quickly make alternate plans, and decided to come to Belgium instead since there were some Deutsche Bahn trains running to cologne,from which I could take Thalys to Brussels.

The main reason behind the strikes is that the union is asking for a 5% pay increase and a two hour shorter work week from the current 39 hours to 37hours. Apparently deutsche bahn is simply refusing to give in to the demands of the union, but this union, the GDL, is not the only union representing the train drivers, and isn’t the largest either, so deutsche bahn doesn’t feel the need to negotiate. Both sides are of course pointing fingers at each other and neither seems to want to cooperate, at the expense of the millions of people who use deutsche bahn.

The last deutsche bahn strike about three weeks ago was then followed by a strike of the lufthansa pilots union, who are in disagreement with the airline over pension age eligibility. This strike affected my parents who had come over to visit for a couple of weeks and we’re trying to fly back when the pilots union decided to strike, canceling their original flight home and causing them to have to stay an extra day before making it onto a flight after being on standby.

While there isn’t really much that you can do when these strikes occur, the one piece of advice I’d have is to make sure that when you do book travel you can get refunds if your plans are interrupted by strike action, and to not plan trips out too far in advance, this way you can check the news to see if a strike might be coming. I would think though, for students studying abroad in the future that you shouldn’t see this many strikes, if any at all. I think the frequency of the strikes that are occurring is really unprecedented, and the government is trying to take action to prevent such massive shutdowns in the transportation infrastructure in the future. But, it always helps to be flexible especially when traveling as you never know when this can happen.

That’s all for now, as a result of the strikes sending me to Belgium, I’ll include a picture from Brugge, a picturesque town I’d highly recommend visiting if you have a chance!