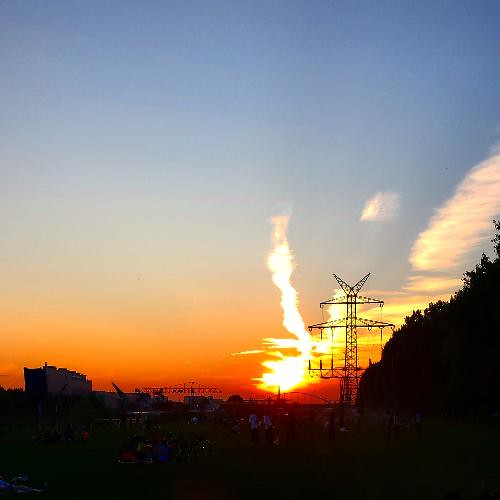 I don’t think that I can sum up everything that has happened in this experience into one specific moment. I think that there have been numerous situations that were defining in their own ways. Living everyday in a foreign country builds up your study abroad experience. I feel that it was the act of having to live in a different country for several months that is defining.

That being said I do remember the moment that it struck me that I was studying abroad. Maybe this was the most defining moment because I finally knew what I was getting into. This happened either the second or third day of me being in Mannheim. After settling in my flatmate asked me if I wanted to come with him to his friend’s birthday party. He told me that we were going to have a barbecue to celebrate his friend’s birthday. Of course I was eager to meet new people so I said yes. We had the barbecue on the bank of the river Neckar with a group of my flatmate’s friends. Naturally all of them were from the area so they were speaking in German. They were sharing jokes and laughs while sitting down and enjoying a meal. At that moment I finally realized that I was indeed abroad. It just struck me that I was finally living in a different country and that this was going to be the environment I will be living in for the next several months. I felt excited that I finally got to achieve my goal of studying abroad, something I wanted to do since the start of high school. I simply enjoyed the moment and was happy that I turned one of my goals into reality. This was the time where I felt that all my work and patience paid off and that I finally was starting an experience I always wanted to have.

This moment also told me that I was going to be just fine studying abroad. One of the questions I had was if I was going to feel at ease while living in a foreign country. Having that question answered so soon was both calming and satisfying. Getting thrown in a situation where you don’t know anything and anyone is stressful, but I felt that it all evaporated after having the barbecue.

This moment really helped me become familiar with my environment and learn to accept where I was living. (picture of where we had the bbq)