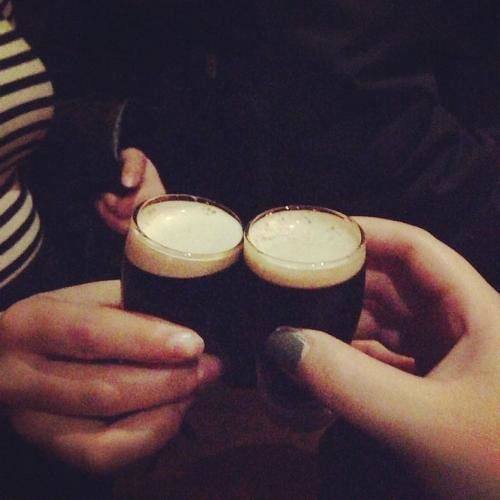 Recently I’ve been reading articles written by Rolling Stone magazine concerning the alleged gang rape that occurred in an American university’s fraternity house. The story I read was alarming and brought up discussions amongst my friends the rape culture that surrounds not only America in general, but specifically within college campuses. I thought about it a lot. I thought about whether fraternities should be still be standing as institutions under universities or not. I thought about mostly what brings on the ‘rape culture’.
I do not have one girl friend who can’t tell me of a time when they were either sexually harassed or assaulted. That figure, granted, is very personal and subjective, but still scares me. I have dozens of those stories as well. That is what makes me watch my back while walking down a street. I thought about how I would feel stepping into a frat house. I would never feel safe in one of those for some reason. The thought of under aged, hormonal boys drinking excessive amounts of alcohol scares me honestly. I would feel vulnerable in a situation like that, especially if I decided to drink one night. This idea only brought to light what the real problem was: The ‘college experience’. I’ve noticed that people in Scotland are young when they get married or decide on having children when it is custom to wait till graduation for American adults to do so. I’ve noticed an overall more mature society in Scotland than in America. Living in student halls allows me to have an up close experience. My friend from Glasgow felt the same way. He thought that the young men and women of Scotland mature quicker than Americans do. I had to agree with him.
One reason I think that Scots mature quicker than we do is the lowered drinking age. I also believe that the ‘college experience’ is completely different here than anywhere else. I also believe that the drinking culture attributes to it in some way. When an 18 year old is allowed to drink, they have time to be immature and stupid and party long before they turn 21. By the time they turn 21, most of them want to relax and have one pint in a pub as opposed to an entire bottle of vodka. They then have time to mature and settle down having let the young adult go crazy years earlier. Americans only experience this legally when they turn 21, which cause trouble. The fact that under aged drinking occurs in the frat houses only makes it worse, but again, where else is an 18-year-old American college student going to drink when they aren’t of legal age. That is where the danger lies. After studying here for a term I have become a strong advocate for the 18 drinking age and an abolition essentially of fraternities or sororities, all of which is a foreign concept to the Scots.