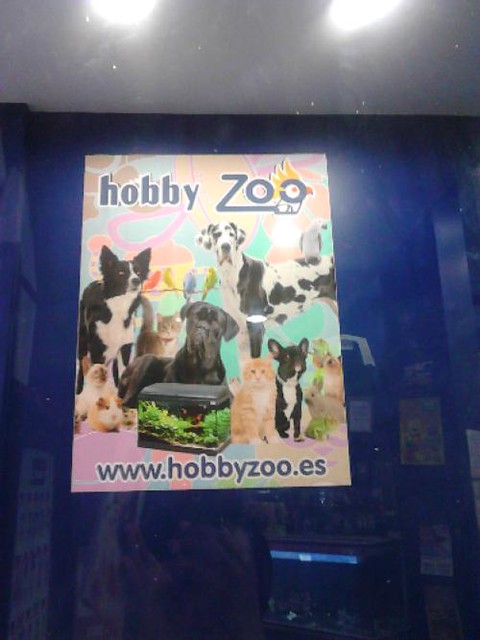 It seems like everyone has a pet in Madrid, specifically a dog or two. This includes the young and the old. Dogs are seen in every part of the city. Because I live in a neighborhood, where there are many, who I assume are, retirees, I commonly see grandparents pushing the strollers of their grandchildren while also walking their pet, which is another interesting site to see. A Spaniard describes Spaniards to me as Paris Hiltons. “Everyone is a Paris Hilton in Madrid,” she told me.

Pets are also allowed in many apartment buildings. My neighborhood and his wife have a small one. I hear the dog more than I see it. This is my only complaint.

It is also common to see store owners’ dog in their store. The pet is always tied to something in a corner. The fact that the store owner has his or her pet in the store, I think, shows how attached pet owners are to their pets, considering that the dogs just lay on the ground, which is the same thing it would do at home when the owner is not present.

The first time I went to a fruit shop in my neighborhood, I jumped upon seeing the store owner’s dog. It was huge! Because I panicked due to its size, I forgot it was a dog and only saw a large animal. I was at the cash register when I saw the dog and obviously wanted to leave very quickly. Like any other Spaniard who sees someone worrying, the store owner said “No pasa nada” (Not to worry) but how could I not worry? I never went back to that store again. I’m certain if there was not another fruit store around the corner, I would suck up my fear and return to the sale fruit shop. It seems odd to me that food store owners want their pets in their stores. It does not seem sanitary. Are they not afraid that potential customers would question the state of the food products? What if the dog was scratching itself nearby fruits or sneezed?

During siesta time, the dogs are usually seen lying beneath the store’s gate. It is usually tied to something in the shop and the gate is left a bit open to provide the dog with air but it is still understood that the shop is closed for siesta.

I always wondered where pets were being purchased, since I have yet to see a pet store in the city. I finally saw one in a mall that is about an hour away from where I live. I was exciting to go inside mainly because I felt deprived. Dogs were the only pet animal I was seeing constantly.