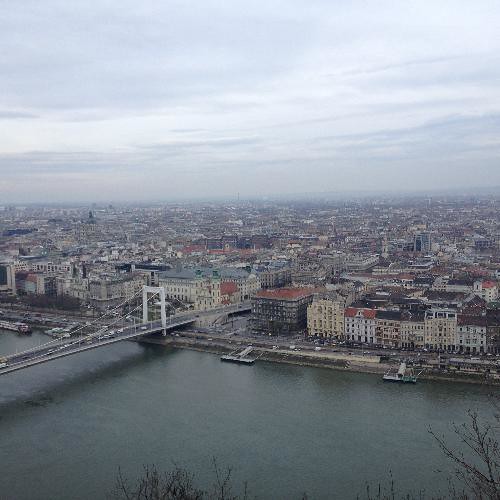 Hey guys! Things were extremely hectic my last month abroad. In the beginning of December, Sciences Po students have a make-up week, where only classes which were cancelled during the semester are scheduled. Then, the week after is reading week, which provides students with the time to study for finals. Lastly, the last week of the semester is of course the very dreaded finals week. Luckily, most of my finals were actually in the form of papers and I only had one final during finals week. As a result, i was able to travel to Budapest with some friends in the beginning of December.

It was a magical experience. We stayed in a hostel and were able to take a free walking tour of the city. The rich history of Hungary was fascinating. I had no idea that Budapest was actually once two different cities (Buda & Pest) until my visit. In addition, everything was incredibly inexpensive due to the fact that Hungary had not adopted the euro. I believe that at the time of my visit, one euro was equal to 300 forints (the Hungarian currency). Central Europe is beautiful, fun, and affordable. I really recommend that students studying abroad in Europe take a break from the Western European countries and visit the other parts of Europe.

My reading and finals week were filled with studying and goodbyes. I was able to meet so many interesting people who allowed me to view the world differently. After I returned to the United States, I truly did miss France no matter how great it felt to be surrounded by family.