This weekend I finally got to visit Harry Potter world, where the films actually took place. It was amazing getting to go behind the scenes to see the actual sets and props used in the movies. Seeing everything in person made me realize how most things were so much smaller or larger than it seemed in the film. For instance, Hagrid was gigantic in person, while Dobby was so tiny. Aside from just seeing the set, I also got to taste some butterbeer. I must admit that this was the only disappointing part of the tour, since I ordered a butterbeer ice cream cone that just tasted like vanilla and caramel. It cost $8 for ice cream, while the actual drink only cost $5. Therefore, my little piece of advice is to skip the ice cream and just get the drink. Not only is it cheaper, but it also has a more authentic taste.

From the entire tour, I had two favorite parts and the first was seeing mannequins of Voldemort and his followers sitting at a long table. Replicas of Snape and Malfoy’s family, along with some other characters, were there. Walking into this space, I felt that exact same fear I had while watching the movie. There was also a replica of a life-sized anaconda on the table and a mannequin of a corpse hanging upside down from the ceiling. The costume, prop and set crew definitely executed the scene well by dressing every single character in gothic black costumes. 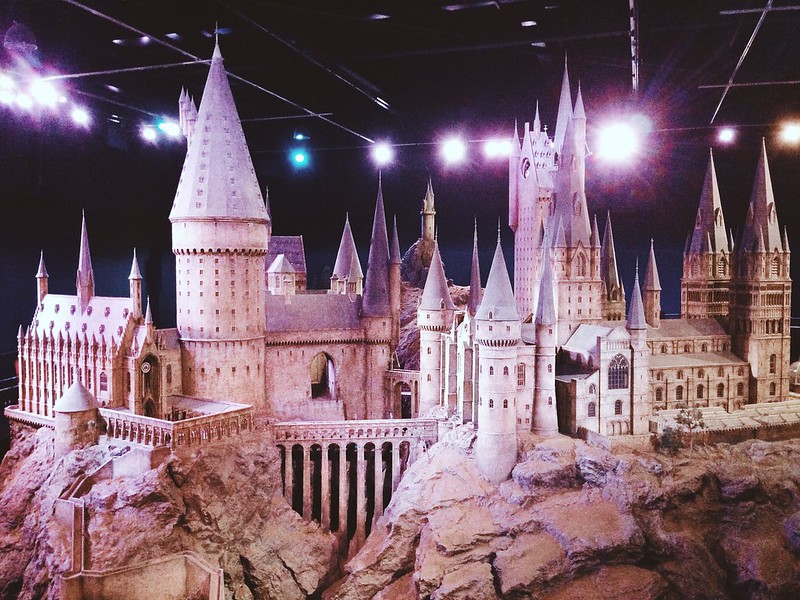 The lifesize replica of Hogwarts at Harry Potter World

My second favorite part was the very last, where I got to see the mass replica of Hogwarts that was used in the film. The detailing was so precise, and each brick, cliff, window and tower had such intricate carving. It really created the perspective of how massive Hogwarts really was, since this mini replica took up the space of a cinema.

Getting the chance to see the sets, props, costumes, makeup, sketches and technology behind the scenes made me appreciate the series so much more. At the very end of the tour we walked into the wand shop that was filled with thousands of wand boxes, each engraved with a name of a staff member who took part in the making of the film. Experiencing all of this gave me such a nostalgic feeling. After all, this is a series of books and movies that I grew up with. It reminds me of my childhood and how I would stay up late to read the books with a flashlight underneath my blanket. Everything from the storyline and acting to the costumes and sets was perfection. Now the next thing on my bucket list is it visit Harry Potter world in Walt Disney.