Sunday was our final day in Paris and to top it all off we visited the Palace of Versailles. Knowing Marie Antoinette’s history, I expected Versailles to be over-the-top, but even that didn’t prevent me from feeling flabbergasted once I got there. Walking up the driveway, you could see tons and tons of bright gold accents on the gates and on decorations throughout the outer walls. Once we stepped into the palace, every single room was so different from one another. From gold and crystal chandeliers to velvet Victorian patterned wallpapers, everything was so luxurious. I must admit, that although many rooms were extremely beautiful, others were just plain ugly. Some rooms were entirely decked out in pukey green or bright mustard yellow furniture and wallpaper, which was way too much. 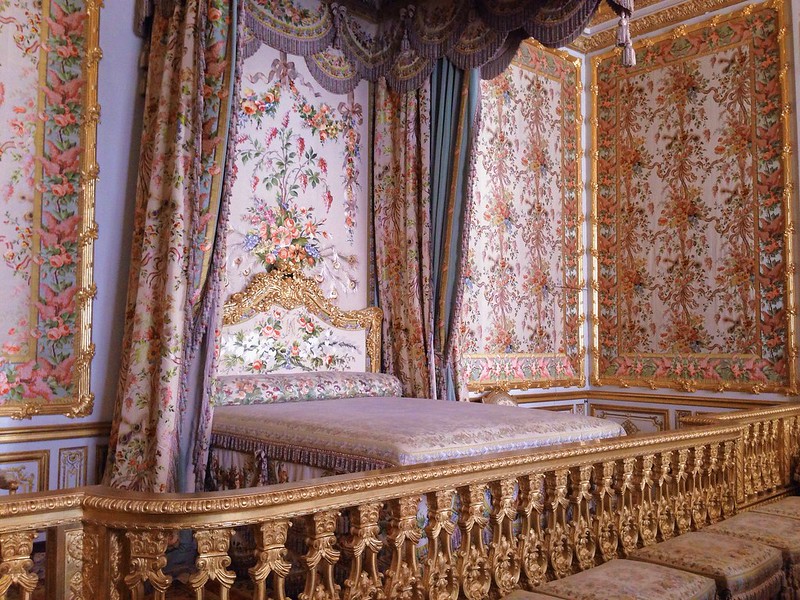 A room from Versailles Palace

Once we reached the Versailles garden we were even more astonished by how gigantic the space was. King Louis and Marie Antoinette literally owned numerous lakes, ponds and water fountains that were basically surrounded by a forest of trees. There was a huge lake that people could rent boats to go on, as well as bikes, golf carts and Segways that people could rent to get around the garden. Versailles was such a large, beautiful and romantic place, and it’s definitely impossible to explore the entire palace in just one day. I know I didn’t get to see everything that I wanted to, so I plan on visiting again in the future.

After our long day at Versailles we were looking forward to sitting down, relaxing and passing out on our long train ride back to London. However, this was not the case once we arrived at the train station. Unfortunately for us the last train was delayed by one and half hours, meaning we wouldn’t be home until midnight. By that time we were so exhausted and what sucked even more was the fact that we would have to get up early the next morning for class at 9:30. The upside about the delay was that Eurostar, the train company, handed out free water bottles and cute little dinner packages for everyone who had a delayed train. Inside the boxes were pasta, bread, trail mix, gummies, crackers and applesauce. The other good thing was that the company offered to reimburse us for our taxi ride home. Despite the bad luck we had on our very last day in Paris, I still had the best time of my life during my stay there.