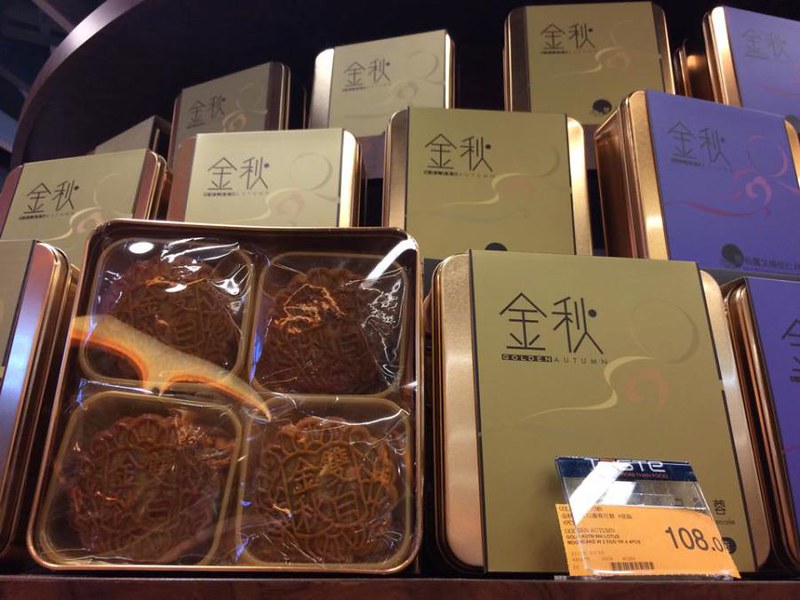 Sunday is the Mid-Autumn Festival (AKA Moon Festival), a huge celebration held between early September to early October. The Moon Festival celebrates thanksgiving, harvests, and the company of family and friends. The Moon Festival is actually on a different day each year because it is based on the lunar calendar, not the solar/Gregorian calendar. Last year, I went to Shanghai for my co-op, but by the day I arrived (about September 20th), the Moon Festival had already passed. I was really sad because I had never celebrated the holiday in a country where it was a public holiday, but I have my chance this year! This year, the Mid-Autumn Festival falls on September 27th, Sunday. It’s nice because the school is giving us Monday after off for the holiday.

I actually bought moon cake today. At home, we always have moon cake — my favorite kind has white lotus seed paste in it, along with one or two egg yolks, but there are other fillings too, like mixed nuts, red bean paste, or green bean paste. Moon cake is really pretty and can be really, really expensive. At the supermarket I was in today, I found solo moon cakes that cost $60 HKD (USD $7.75) each. Moon cakes are usually circular (shaped like the moon!) with dimensions approximately 4 inches in diameter and 1.5 inches deep. The cost varies with brand of moon cake, of course, as well as fillings. A pamphlet I received said that the original price for four mixed-nut moon cakes was HKD $355, which is about $46 in US dollars. The price can also vary with the number of egg yolks (also representing the moon) in the moon cake; the more egg yolks you have (maximum of 4), the higher the price of the moon cake. The salted egg yolks are cooked so they are kind of dry and flakey (which sounds really gross). When I was younger I hated the egg yolk and always gave it to my mom, preferring the lotus seed and pastry covering part. I’ve grown to appreciate the egg yolk now, though.

There are stories told during the Mid-Autumn festival, too, myths that I learned as a child when I was in Chinese school but no longer remember. One myth that was famous was about a woman, Chang E (pronounced chaang uh. The “aa” sounds like “ah,” not the a in “change”), who drank an elixir and floated to the moon. Rumor has it that there is also a lumberjack on the moon, too, as well as a rabbit. (It must be a party up there.)

So my aunt has told me that either a quarter or an eighth of the moon cake was equal to three bowls of rice, which I easily believed because moon cakes are just so dense. (It’s like comparing grocery store birthday cake to fudge, kind of). Moon cakes are just so rich and fatty. I searched online just now to see what other people said about it. One article I found said that a double-yolk moon cake was equivalent to the energy value of three and a half bowls of rice, which made me laugh. If you want an efficient calorie intake in one sitting, choose to eat the three and a half bowls of rice, not the whole moon cake. The moon cake is just so incredibly rich and dense, it would be unbearable. (My uncle is able to eat a whole moon cake in bites, which the rest of us shudder at.)

Aw, man. Talking so much about moon cakes has made me hungry… It’s almost 4:30 PM right now and I’m supposed to have class until 7 PM. Boo.