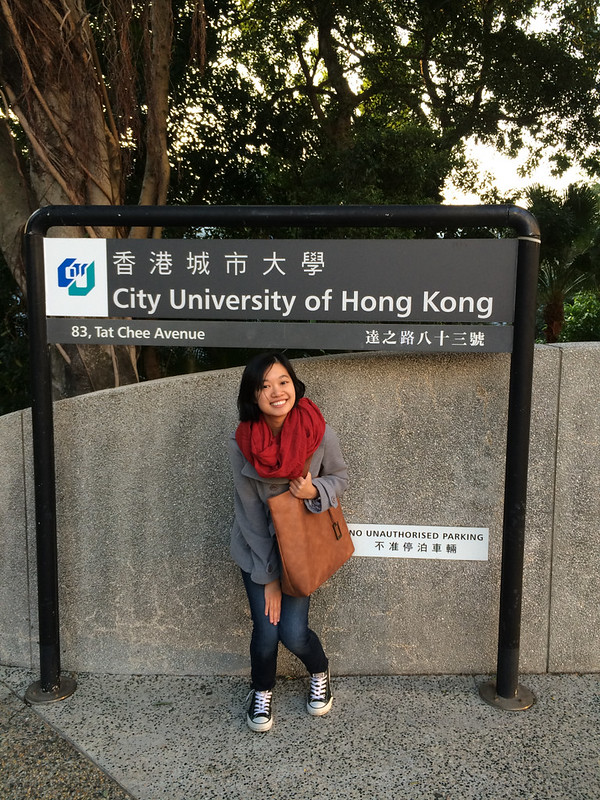 These four months have flown by so incredibly quickly — there are only 5 days until Christmas! Initially, as you guys may know, I really didn’t like Hong Kong when I arrived. Now, though, I really adore the city, and I regret not doing more when I was there. There is just so much energy and excitement that is infectious, and I definitely intend on going back one day.

Hong Kong life is incredibly fast-paced, from the speedy MTR trains to the servers at cha chaan tengs hustling people to place their orders. Even my friends noted that the escalators ran really, really quickly. In this way, my last week in Hong Kong really showed how much I had grown accustomed to the Hong Kong lifestyle.

On December 12th, I met up with my uncle’s best friend’s family for dinner. On the 13th, I had lunch with a member from my ELMS group. On the 14th, I met my friend Jacky and his cousin Terry at TST and had tea time with Tasha, my International Friends Club buddy, and Alix, a fellow exchange student with whom I’ve traveled to 3 countries with. December 15th was my Personality and Individual Differences final exam, and afterward I went with my floormate Ka Yee to the Sham Shui Po area. On the morning of the 16th, I picked my little cousin up at the Hong Kong airport, went with my other floormate May to go shopping, and had really good Korean food at night with Yih-Chia (my little cousin) and Maisy (my uncle’s best friend’s daughter).

Thursday the 17th was my Cognitive Psychology exam, my last final. After that, I went with my friends Nia, Coco, and Kaylee to a cat cafe in Mongkok and had street food there. Friday was a trip to Macau that started at 9:15 AM and ended around 8 PM, but my little cousin and I still shopped around the TST area after, and had breakfast for dinner at Australian Dairy Company. December 19 was my last full day in Hong Kong! Maisy brought me and Yih-Chia to Cheung Chau Island in the morning. After we feasted on street food, we went to Sham Shui Po for Michelin star dim sum, and in the evening we had dinner with Maisy and her family. That night, I said goodbye to Nia and Ka Yee. I stayed up until 4 AM that night doing laundry and packing (at times also just sitting on my bed thinking “I’m too tired for this” and “I have so much stuff and it will be impossible to fit everything”).

Meeting people every day was fun yet tiring, and even though that sounded like a lot, it wasn’t enough! I feel that overall, I didn’t do a lot, but that just gives me another reason to go back, right? I have a lot of people I can visit when I return, and a lot of things to eat and things to see.

The last week came and went so quickly, I didn’t even have time to be sad. I only cried when saying goodbye to one friend, which is a record for me. It was difficult to keep track of everyone because different people left at different times, whether it was for vacation or home. For example, my roommate left Hong Kong on December 1st, but my last final was on the 17th. I had friends visiting other countries during the finals weeks (which was two weeks long); I left Hong Kong on the 20th but my friend Carla went to Vietnam (if I’m not mistaken) on the 19th and would return a few days later. I actually didn’t get a chance to say goodbye to my floormate Juliette in person because of our schedules!

I found that I’ve grown somewhat proud to stay in Hong Kong. My little cousin is in Asia for the first time and I really wanted to show her everything that Hong Kong had to offer, including the Peak and Hong Kong style milk tea and the Mongkok’s bright signs — but there was no time for everything on my list! My little cousin arrived on the 16th and left on the 20th. That is waaaaay too short a time, I think, for a city that has so much to do. But I found that I kept saying, “look at that! Isn’t that cool?” or “don’t you wish the US had this?”

The beginning of this study abroad experience was so tough. But I’ve learned to adapt to an unfamiliar environment and learned to try and not be socially anxious all the time… And to take experiences as they come and not be bitter about them. I’m a bit sad to have left Hong Kong so soon, just as I started to love it, but I feel like I gained so much from this experience, just as much as my time in Shanghai, which I didn’t expect, honestly. One of the most important lessons that I’ve learned is to be grateful for everything that comes my way and to make the most of it. If I could go back in time, I would encourage my past self to study abroad in Hong Kong because I’ve learned that much.

If you guys are interested in reading more about my travels, I have a personal blog that I update from time to time. Check it out at lingeringinklings.wordpress.com!