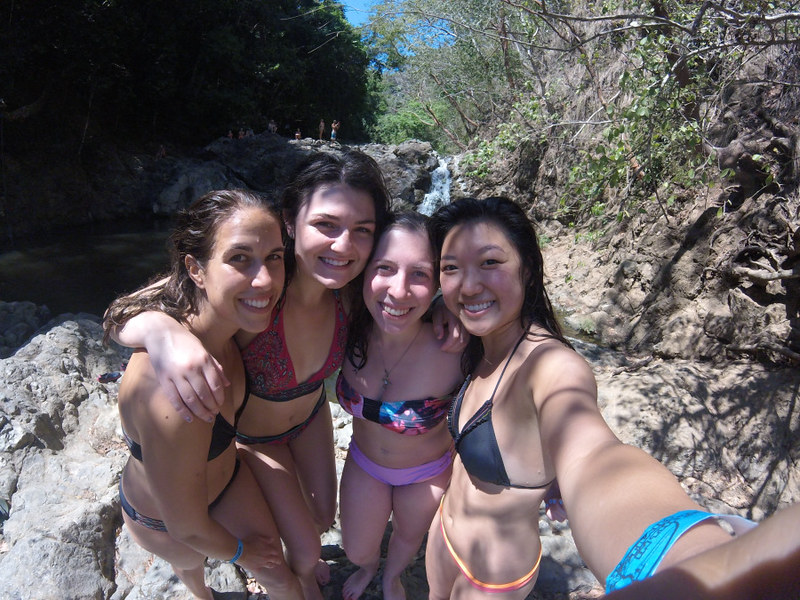 On the southern tip of the Nicoya Peninsula is Montezuma. It is absolutely the best beach I have been here by far. The town has a very laid back lifestyle, carefree place, and mellow vibe. It also gives a feel of a surf town.

The commute there was absolutely brutal. It took us about 7 hours to get there, which was longer than our flight to get to Costa Rica. Some of us took the taxi to the bus station, which brought us to a bad start because the taxi driver took us to the wrong station. He didn’t to take  us to the bus station we wanted  because he said that there was no bus station there and instead took us to another bus terminal. We got so frustrated and he finally realized that we weren’t take the direct bus, which was the terminal he took us too, and that we need to go to the other terminal. 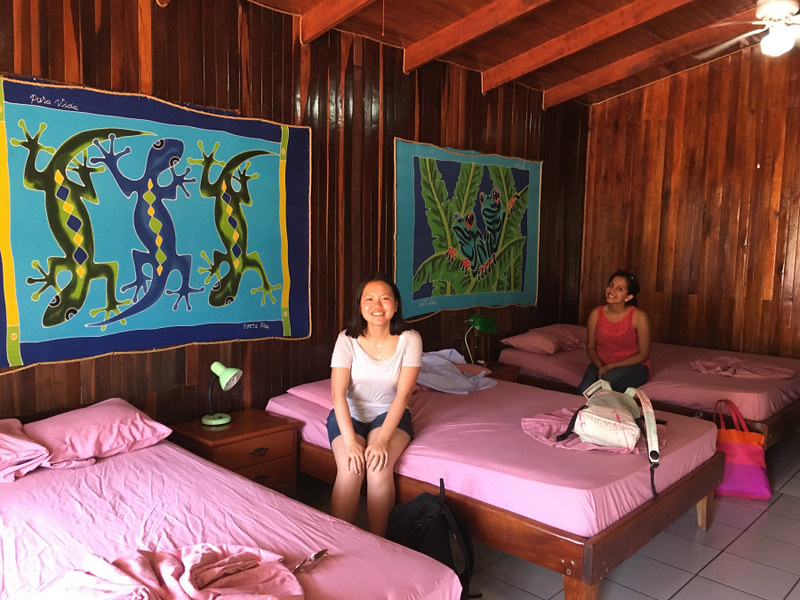 The hostel we stayed at was really nice and tranquil. We got the top floor and even had two hammocks to ourselves. We had 6 people to a 4 person bedroom, all full/queen sized bed and it was right off on the beach. We spent the rest of the day laying on the beach and catching the waves. At night, we got dinner at a local restaurant/bar that had outside seating overlooking the beach. The nachos were delicious. 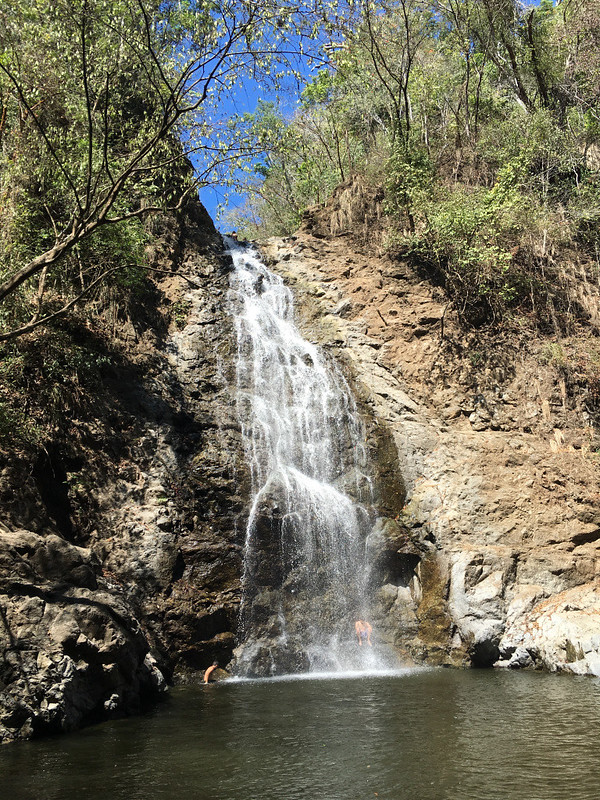 The next day we woke up early to start our hike to the waterfalls. There was a lot of hopping over rocks through streams of water. It was very adventurous. When we reached the waterfall, it was an amazing site. We wanted to hop in, but didn’t want to be wet for the higher waterfall that we were going to, so we decided to hop in after on our way back done. On our way to the second waterfall, we saw white faced monkey. They were cute, but also hissed at us, which we got a little scared. When we reached the second waterfall, there was a natural pool with a rope swing. It was awesome and we also jumped off the rocks into the pool. When we hiked back down, we took a swim in the waterfall. For the rest of the day, we relaxed and hung out on the beach. At night, we explored the town and got desert. The next morning, we were on our way back to San Jose. The commute back took us a little less, like 6 hours. Overall, it was a great trip, but I would highly recommend take the direct bus if you decide to go.

View all posts by Anita Ching