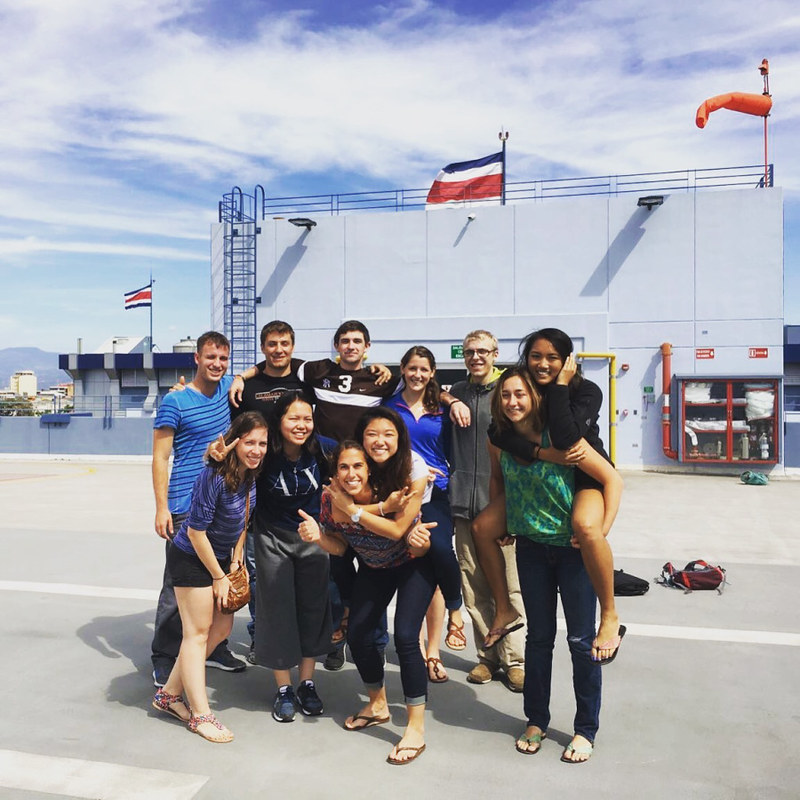 For this weekend, we decided to lay low and take a break from long rides and weekend trips. We decided to go to Poás Volcano for the day. But before that,  I want to share some things I did during the week. After a long week, Tara, Allison, Julie, and I went to do yoga at ULatina. There are a lot of group activities that the university offer, such as zumba, dancing, music, personal defense, etc. We didn’t even have to bring our own yoga, which was very nice. For our Health Care in Latin America class, we took another tour of the hospital. We got to see the patients’ rooms this time and the emergency rooms. Since Clinica Biblica is a private hospital, it was very clean, quiet, and equipped with the best equipment compared with the public hospitals of Costa Rica. Later, we got to view the helicopter pad, which was very cool. 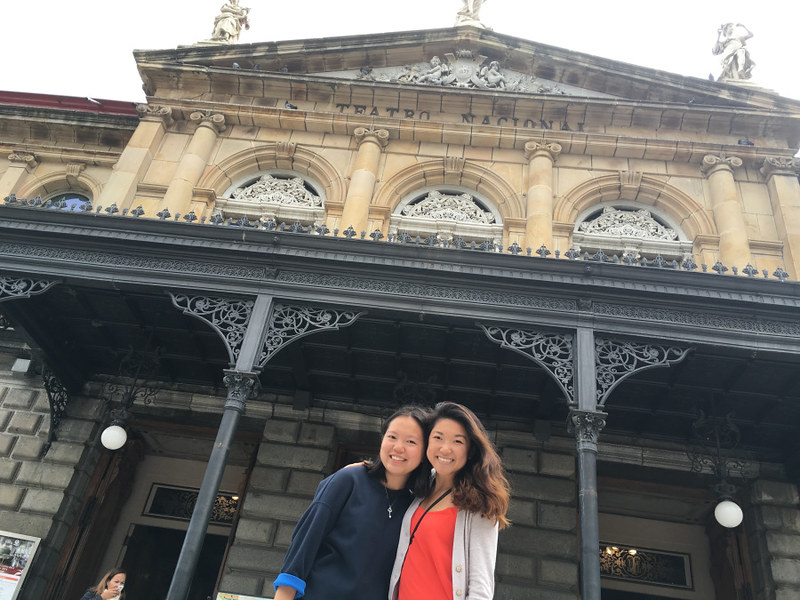 Since we stayed here this weekend, Tara, Jingcan, Allison, and I went downtown to explore. We stopped by Chinatown to grab lunch and they were also having a celebration for Chinese New Year. We got dimsum, which is a Cantonese style cuisine prepared as small bite sized portions and traditionally served steamed or in small plates. We also shared a stir fried noodle dish. Overall, it was pretty authentic and I enjoyed it. It tasted like a little bit of home. Later, we walked to the National Theater and checked out the pricing incase if we wanted to go next time. The architect of the building is phenomenal. We walked and shopped around for the rest of the day. 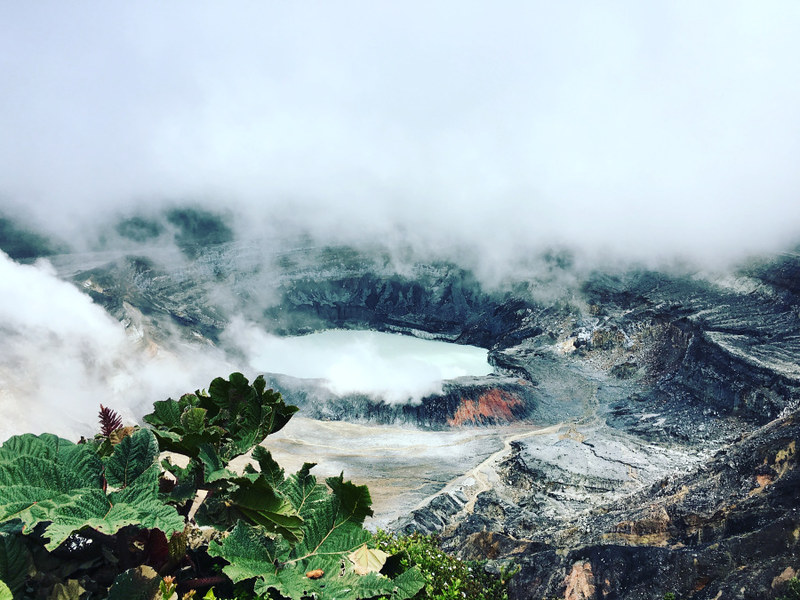 The next day, we took a 2 hour bus ride to Poás Volcano. When you get to the entrance, if you show them your student I.D., you will get a student discount. Initially, I thought that we would be hiking to the volcano, but the hike is actually a paved road through the forest. It took us about 20 minutes to get to the volcano. When we got there it was super cloudy, so it was very hard to see the crater, but once the clouds moved, we got to see the sulfuric green filled lake at the bottom. This crater is the largest active crater in the world and it was amazing to see. After that we had to wait another 2 hours in the cold and rain until our bus. There is only one bus back to San José at 2:30, so it was a little troublesome because we couldn’t even leave the park to get lunch. It was definitely cool and interesting to see, but the commute and wait time was terrible. Overall, it was a pretty relaxed weekend.

View all posts by Anita Ching